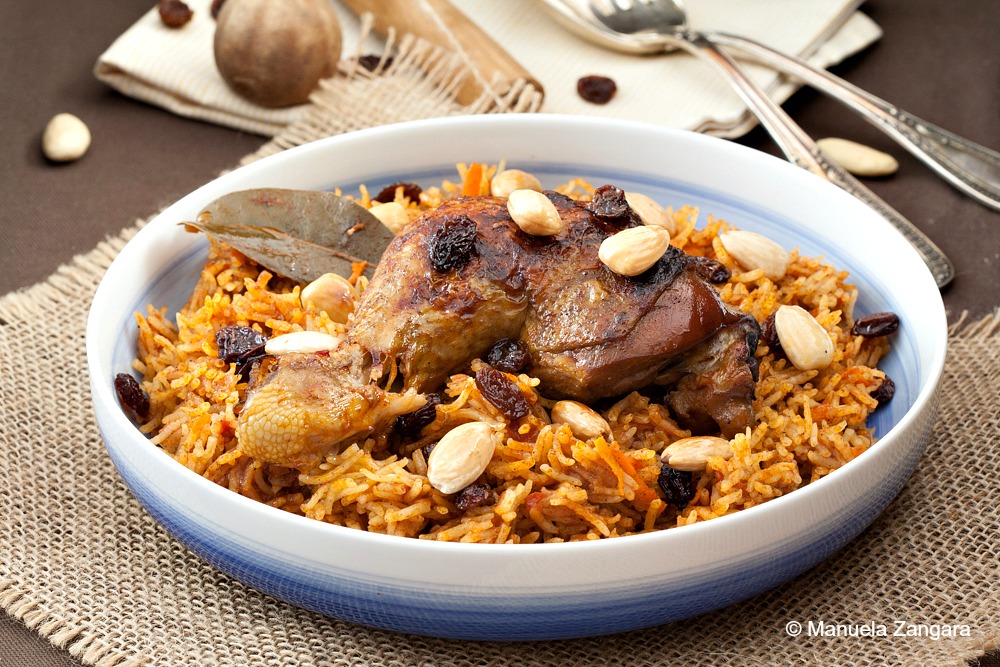 For the month of October, Sawsan from Chef in Disguise challenged us to prepare a rice based main meal that represents our own culture, or one from a cuisine that we would like to explore.
Now that’s the kind of Daring Cooks challenge I like! I love rice actually. At first I thought of making risotto, as that’s probably the most renowned Italian rice based dish. But then it hit me, it would not be much of a challenge to me as I am very familiar with both the technique and the flavour profile. I then thought about Indian food, but I do already have a couple of biryani recipes (my Hyderabadi Chicken Biryani is actually one of the most popular recipe on Manu’s Menu!), and I wanted to try something new. So, I turned to the Middle East for inspiration and I found out about Kabsa – كبسة. It is a rice based dish served in many Middle Eastern countries (where it is sometimes called machbūs) and it is considered one of the national dishes of Jordan and Saudi Arabia. There are many kinds of kabsa and it can be made with chicken, goat, lamb, camel, beef and fish. I chose to make a Saudi recipe and to use chicken as my kids like it more than any other meat!  The dish is much easier to make than it seems and it tastes amazing. All the ingredients are easy to find, and I even found the dried lime at the local Lebanese shop! Try it and let me know how you like it! 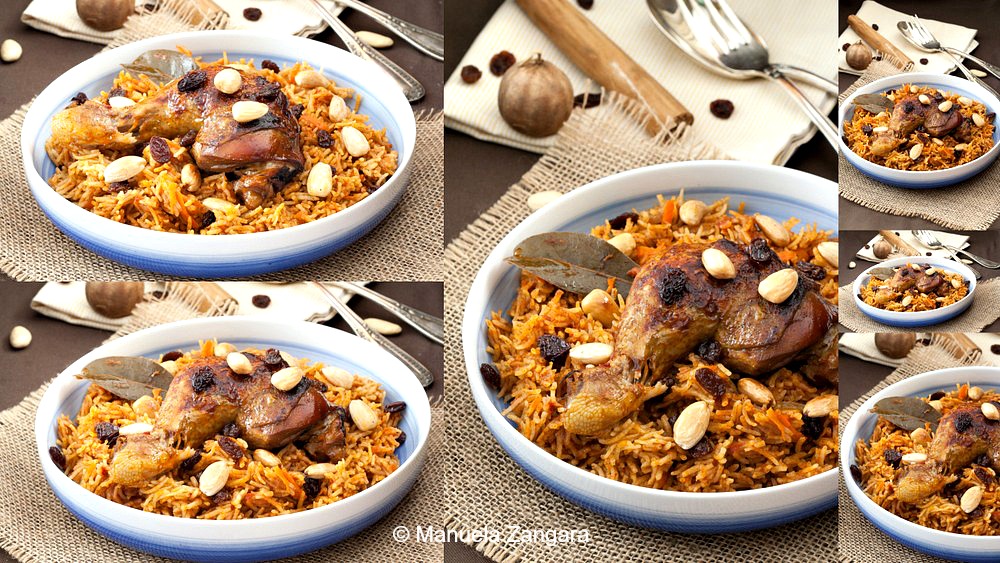 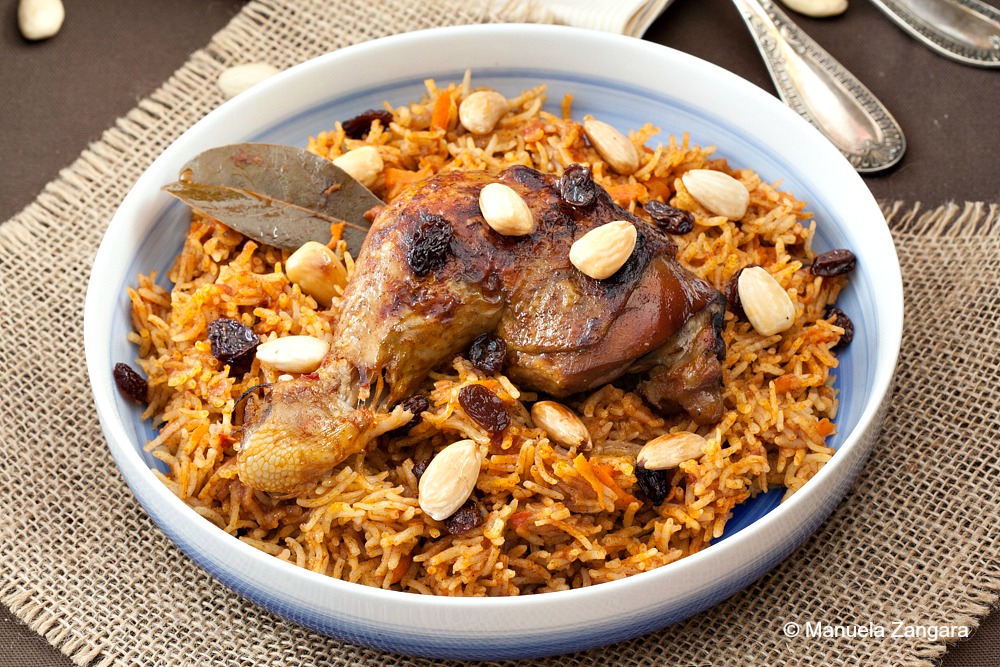 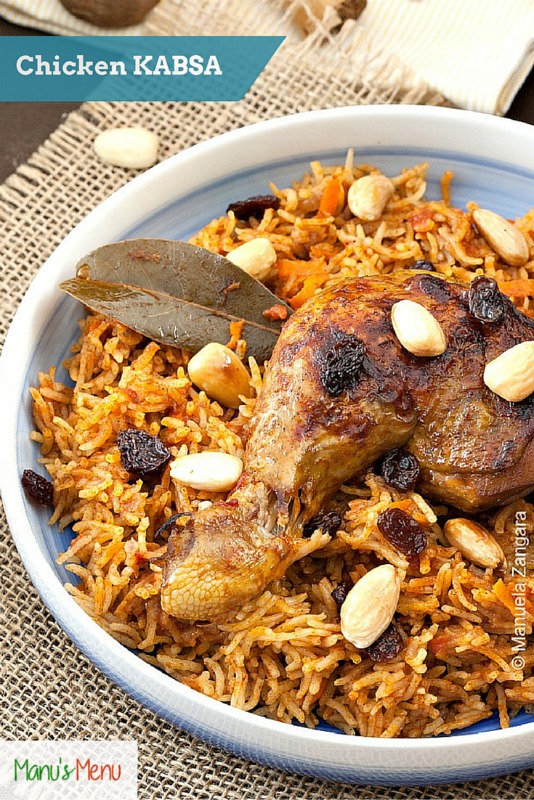