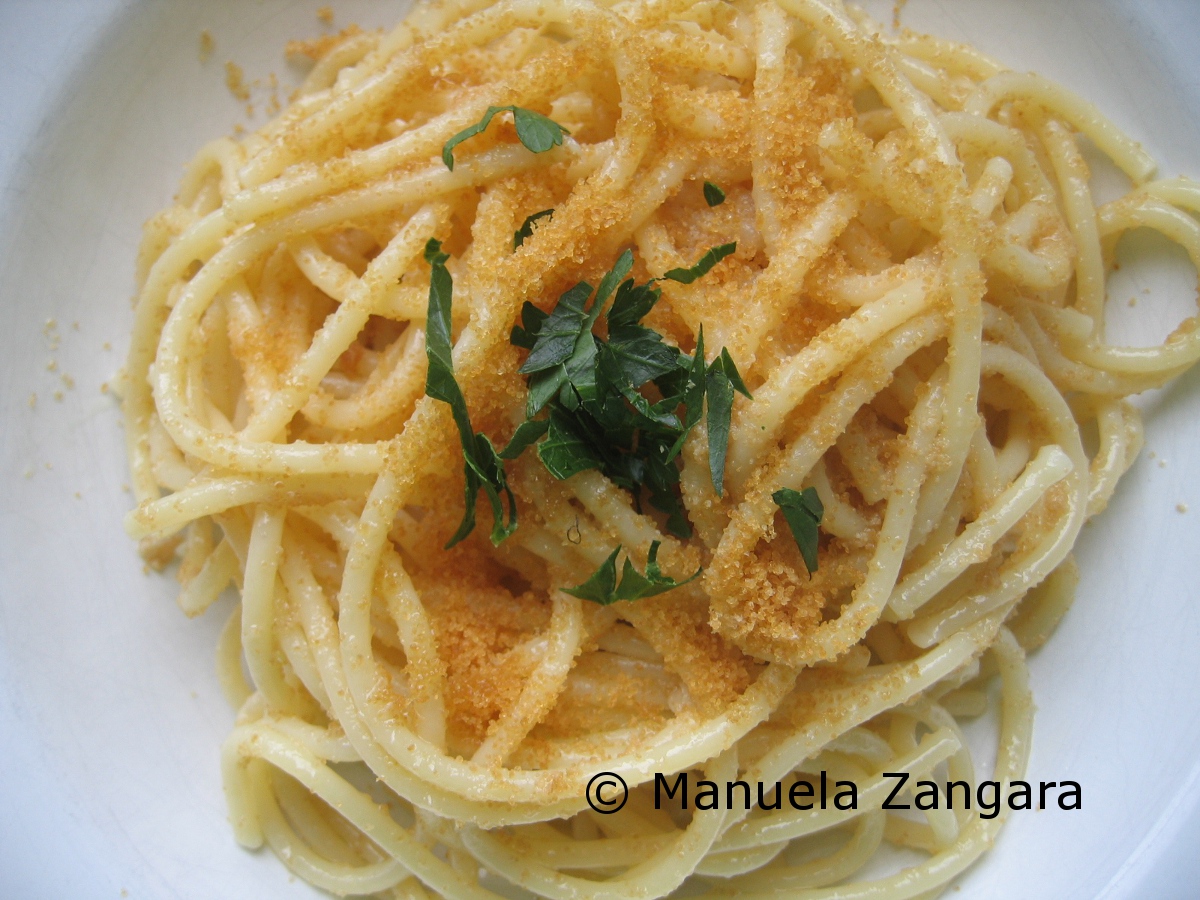 I have to admit that I have just recently discovered this dish, at least in the way you are going to read below.  As you know, my family is from Sicily and the area around Trapani is well renowned for its tuna products, among which the famous tuna roe (bottarga di tonno).  It is an amazing product… salty and tasty… and it is usually eaten in thin slices after being preserved in extra virgin olive oil.  It is also used grated as a sauce for pasta.  So, being of Sicilian origin, I have always used tuna roe instead of mullet roe which is more common in Sardinia.  It is less salty than tuna roe and much smaller, but just as tasty!  When I saw it at the Italian grocer, I had to buy it!  And the result was so yummy, that I thought of sharing it with all of you.
I am sharing this recipe with Full Plate Thursday by Miz Helen and It’s a Keeper Thursday by Christina. 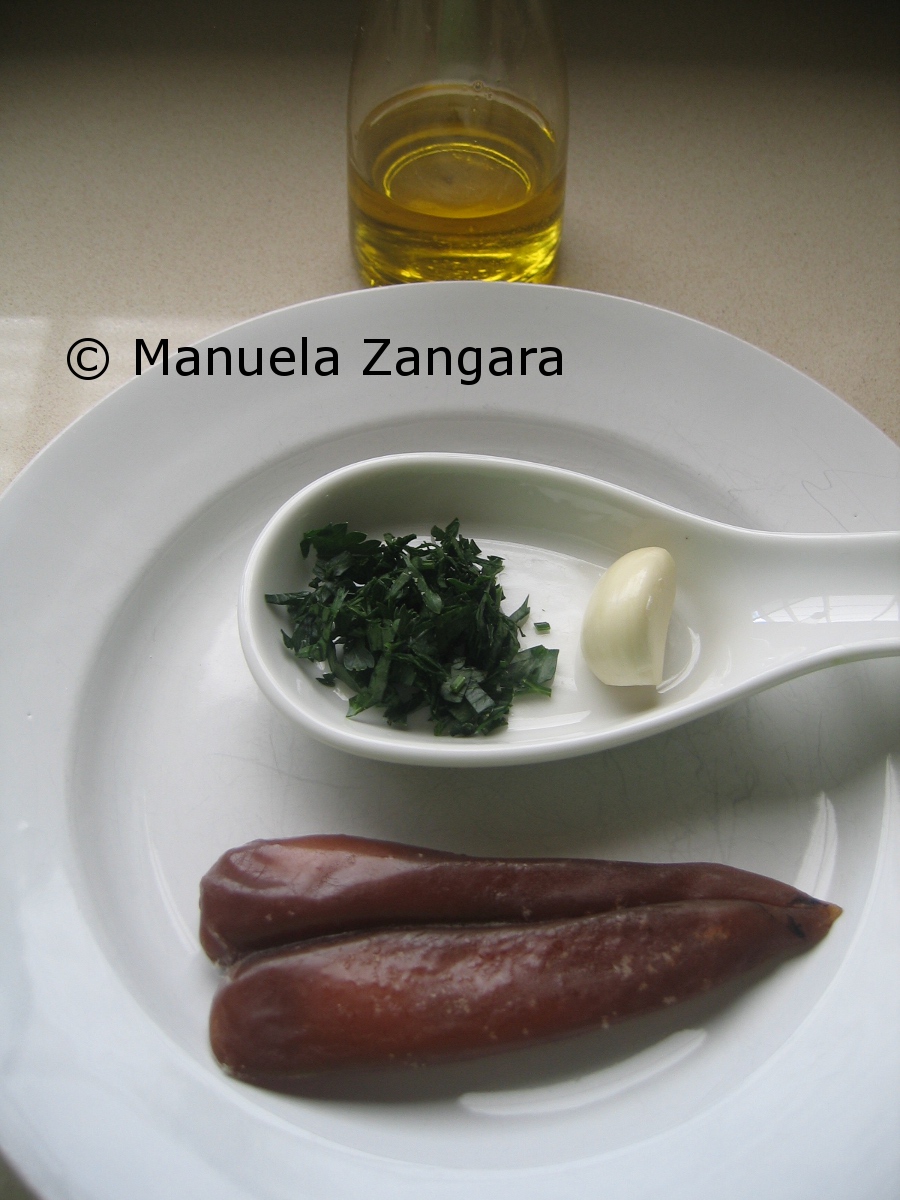 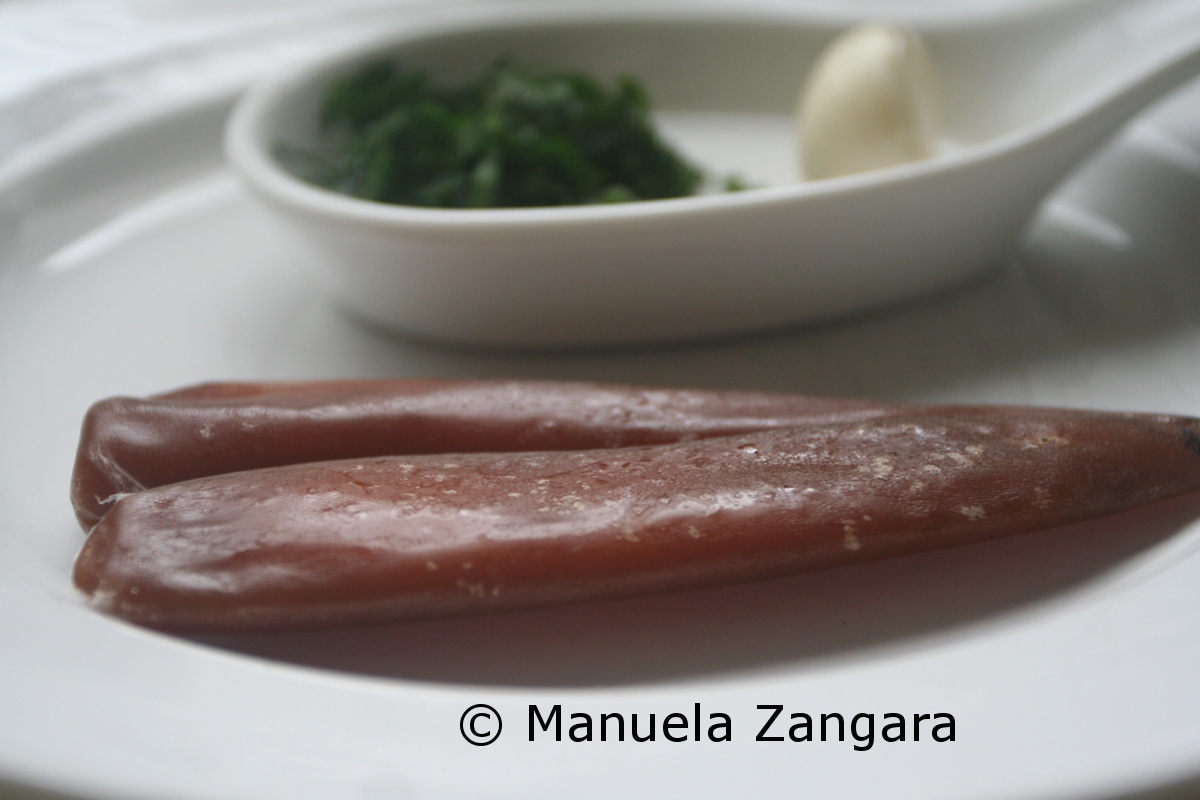 Start by grating the mullet roe with a box grater and keep it aside.  I usually cover the grater with a piece of baking paper so the roe doesn’t stick to the grater.  This makes it much easier to collect all the grated roe, without wasting a big part of it in the grater. 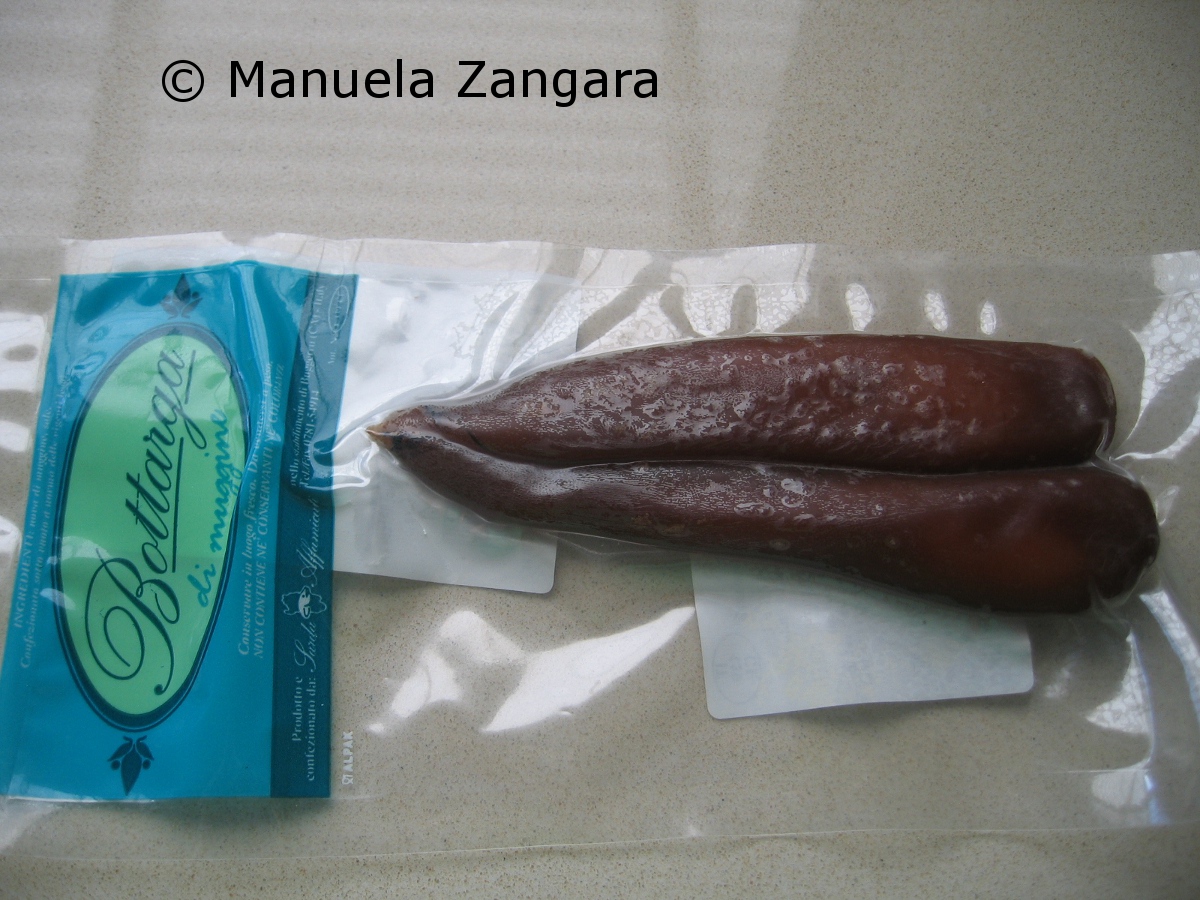 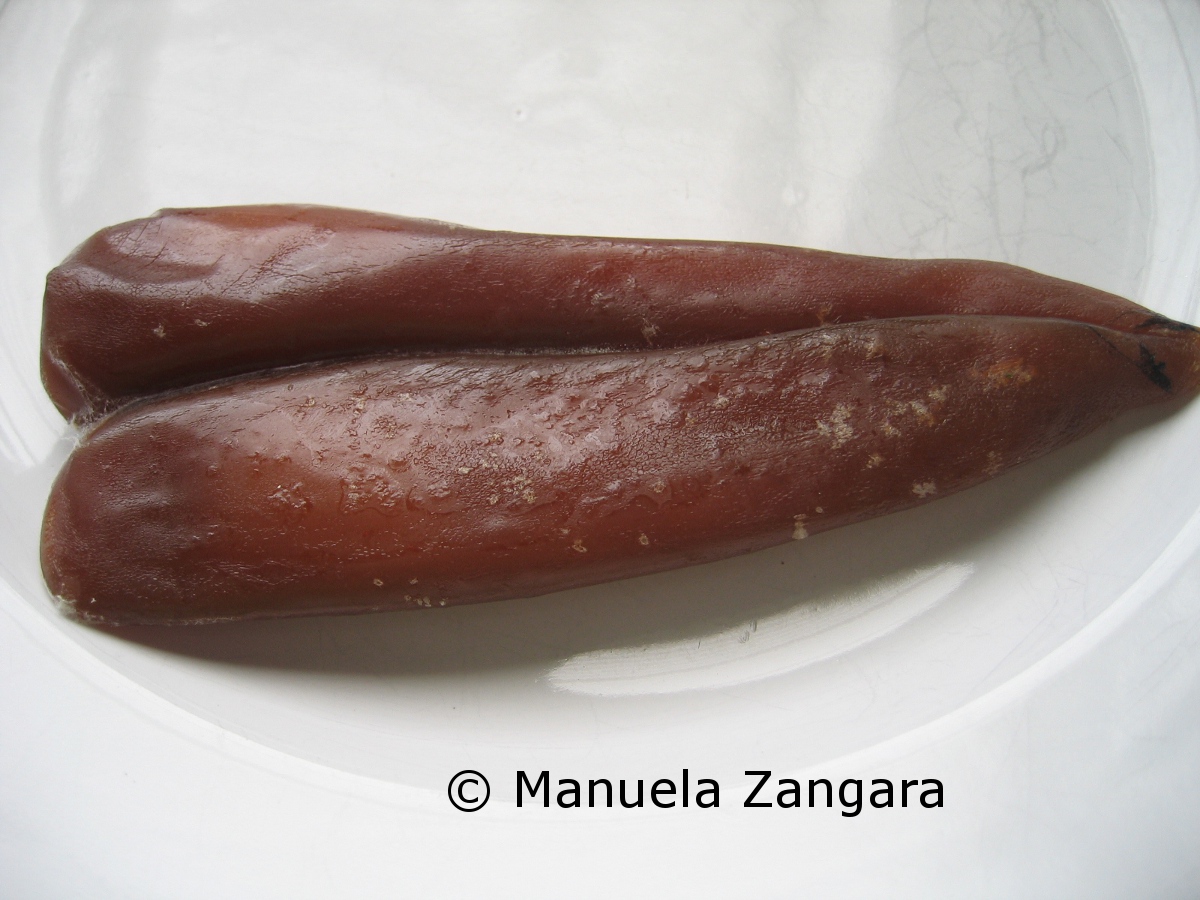 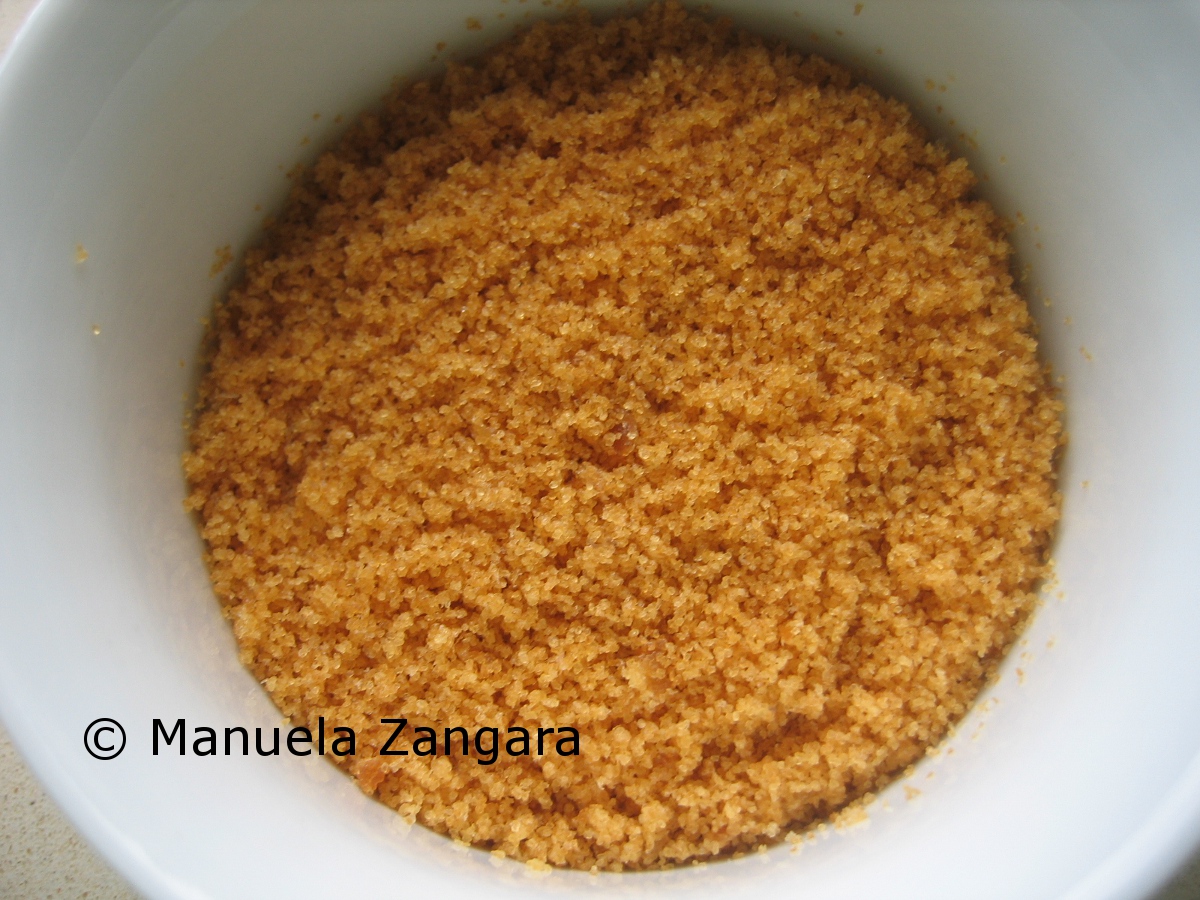 Put the extra virgin olive oil and the garlic clove (halved) in a frying pan.  Let the garlic fry for a minute on low fire. 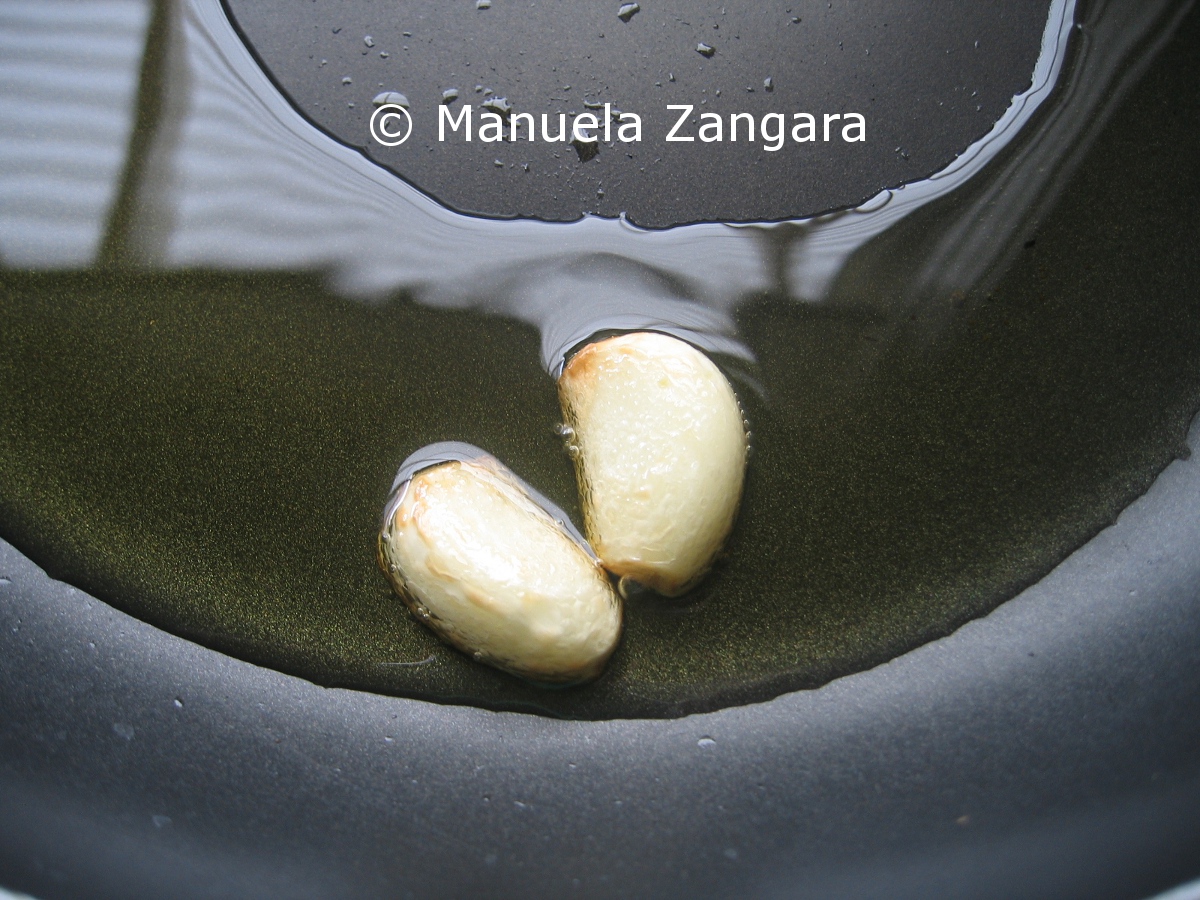 Add 3/4 of the grated mullet row to the oil and mix well.  Remove from the fire. 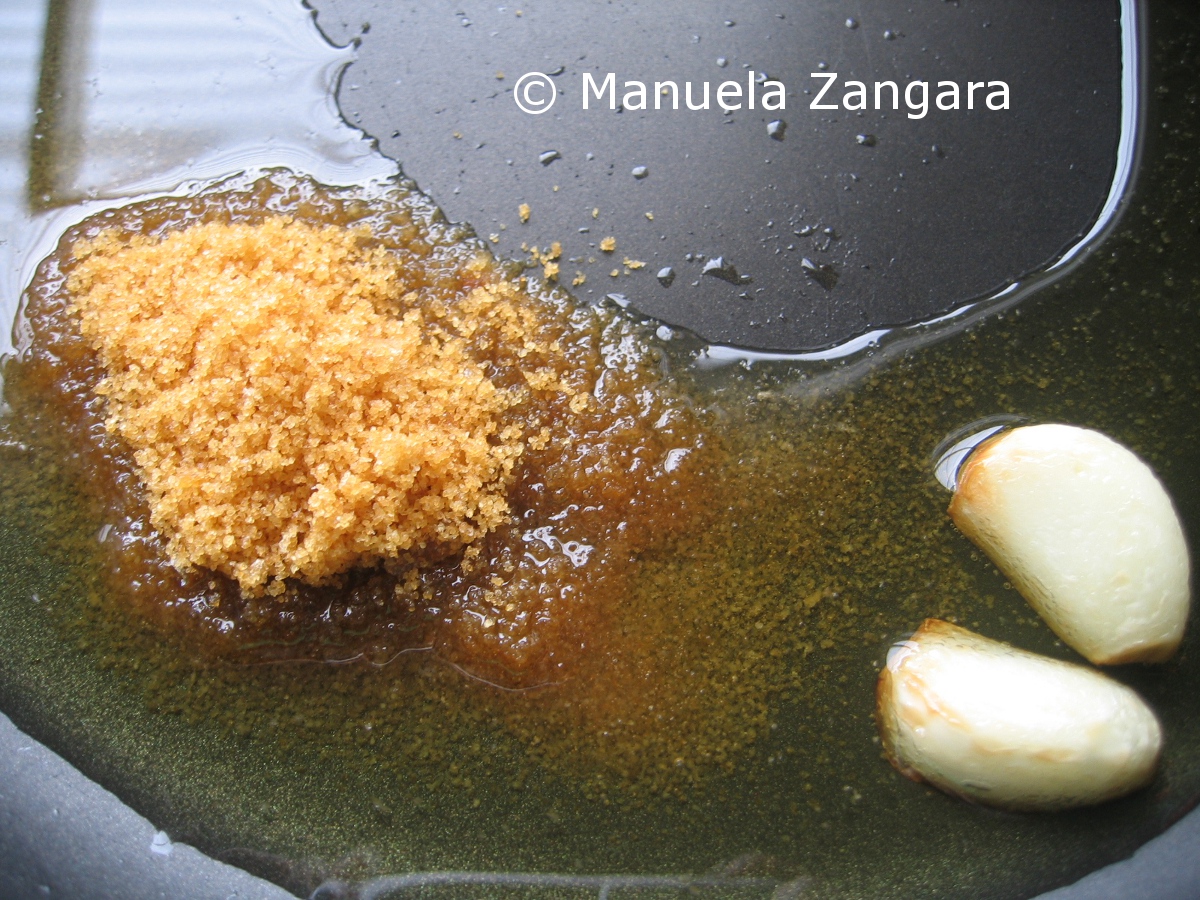 In the meantime, cook spaghetti following the steps on How to cook pasta “al dente” in the Techniques page of this site.  While the pasta is cooking, take 3 tbsp of its water and put them in the pan with the bottarga.  Mix well to make the sauce creamy. 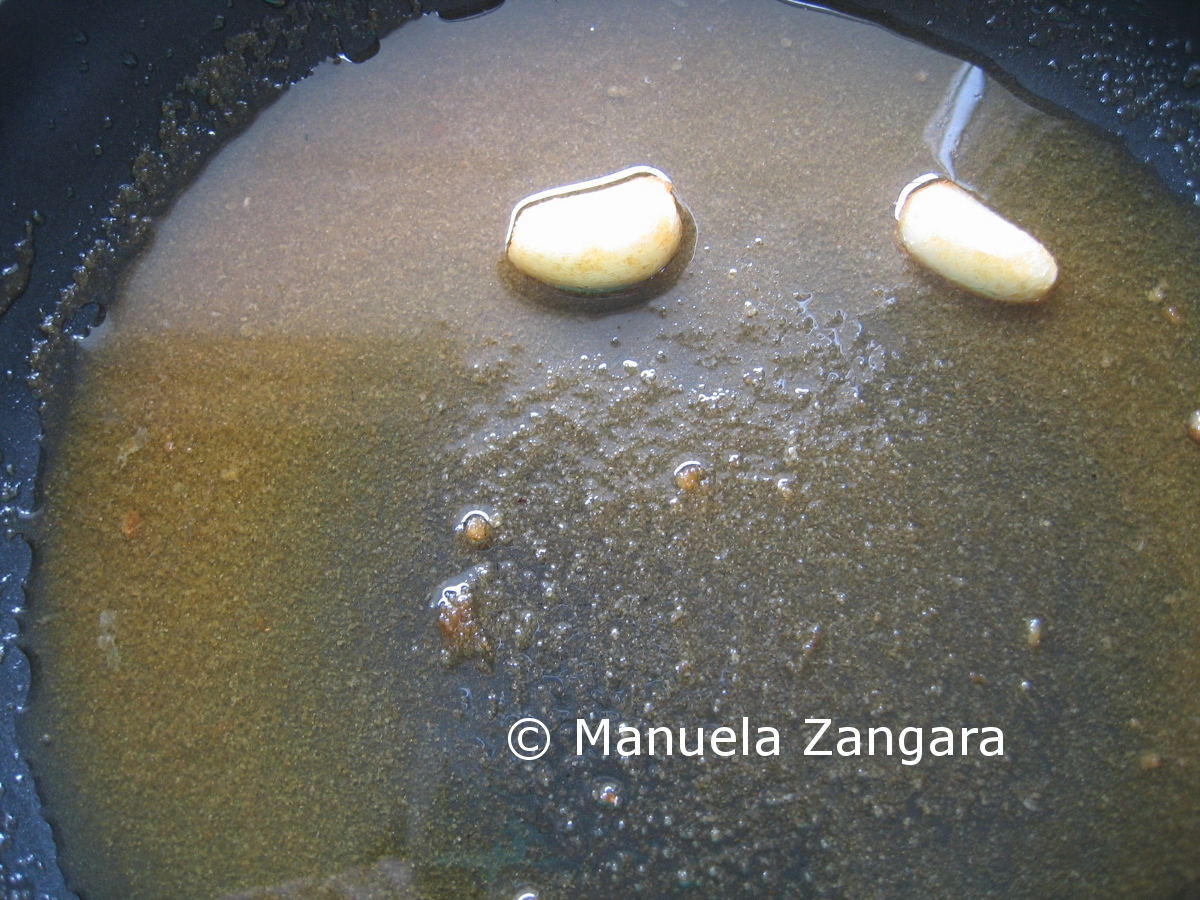 When the pasta is ready, drain it and combine it with the bottarga and oil in the frying pan. 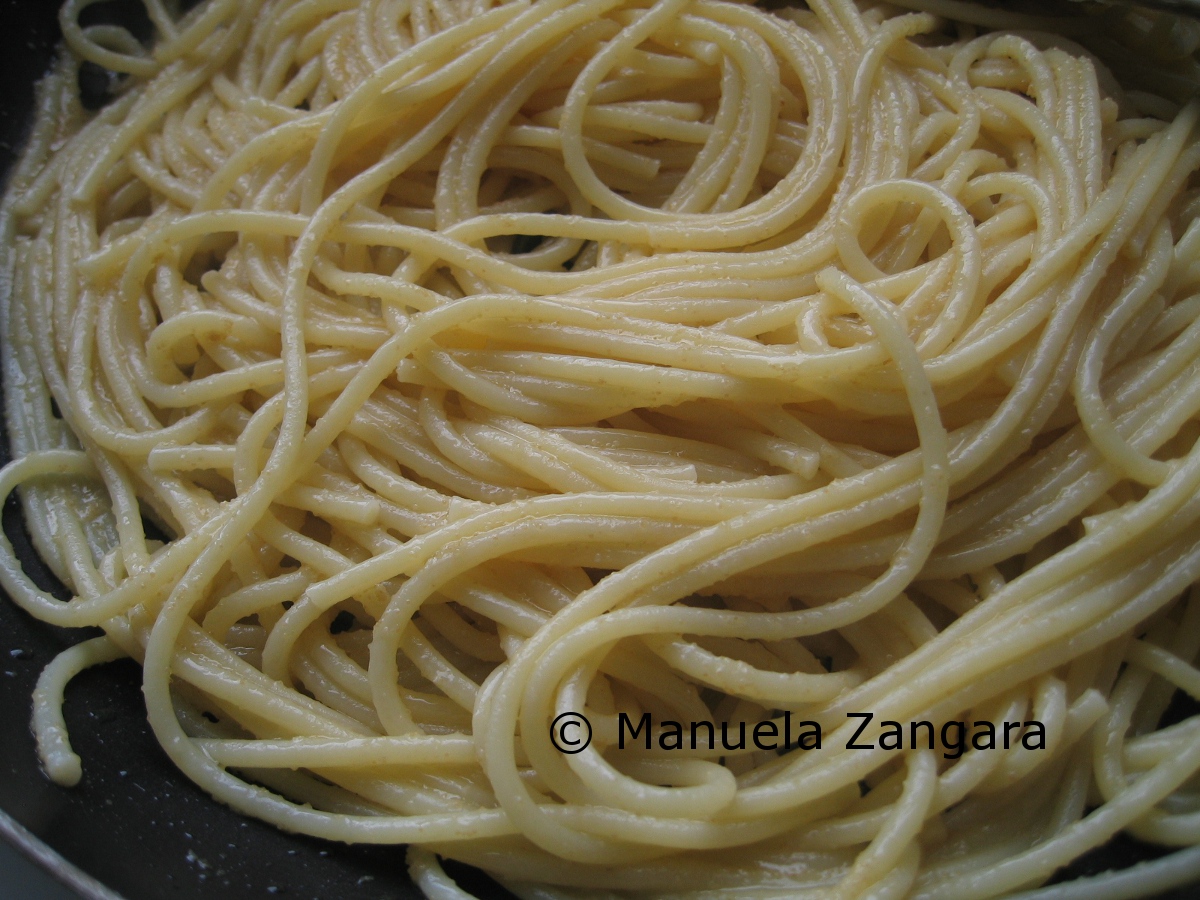 Serve with the remaining grated mullet roe on the top and garnish with some chopped parsley. 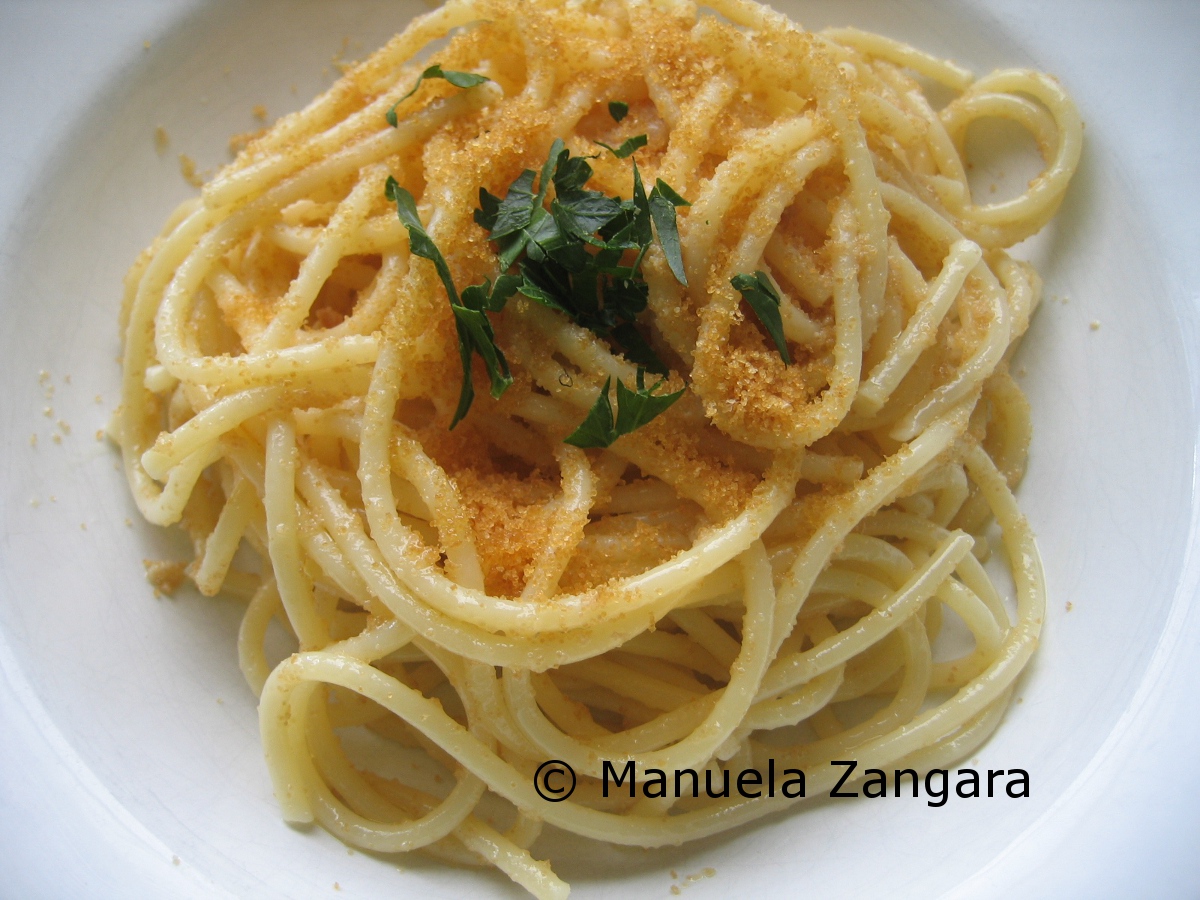