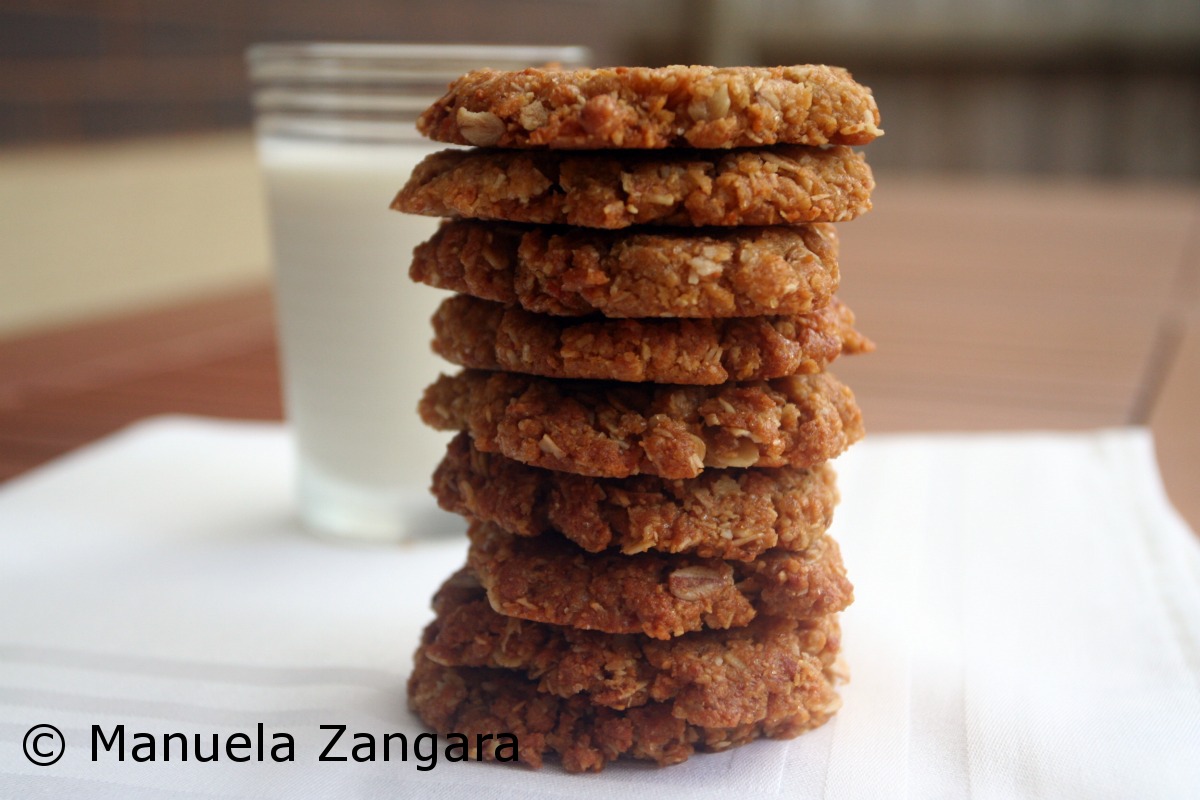 This is definitely not an Italian recipe.  It is as Aussie as it gets.  But then… I am Australian too!  I found this recipe on ninemsn.com.au last year and loved it.  These biscuits are traditionally baked for the 25th of April.  This date is very special for me: for similar reasons, both Italy and Australia share this day as a day of remembrance, celebration and thanksgiving.  In Australia (and New Zealand) it is known as ANZAC Day (Wiki) and we honour members of the Australian and New Zealand Army Corps (ANZAC) who fought at Gallipoli (Turkey) during WW I and also more broadly commemorate all those who died and served in military operations.  Similarly, the 25th of April is celebrated in Italy as “Liberation Day” from Nazi and Fascist troops, formally ending WW II in Italy and marking the victory of the resistance movement (Wiki).  I grew up in Italy in a time when these events were still vivid and very important among the people and I remember going to the yearly rally to celebrate “freedom” and to thank the few partigiani (freedom fighters) who were still alive.  There is a very famous song about these events that everybody in Italy knows well.  It is called “Bella Ciao” (see Wiki also for lyrics and translation).  There are many versions of this song, but I chose this one for you: Bella Ciao by Giorgio Gaber.
In a time when some politicians in Italy are pushing towards revisiting history and commemorating the role of partigiani and of “fascists” alike by changing history books, I stand by the principles of democracy and anti-fascism I have grown up to respect and honour, the very principles that shaped the Italian democracy 66 years ago.  Happy ANZAC Day and Buon 25 aprile everyone! 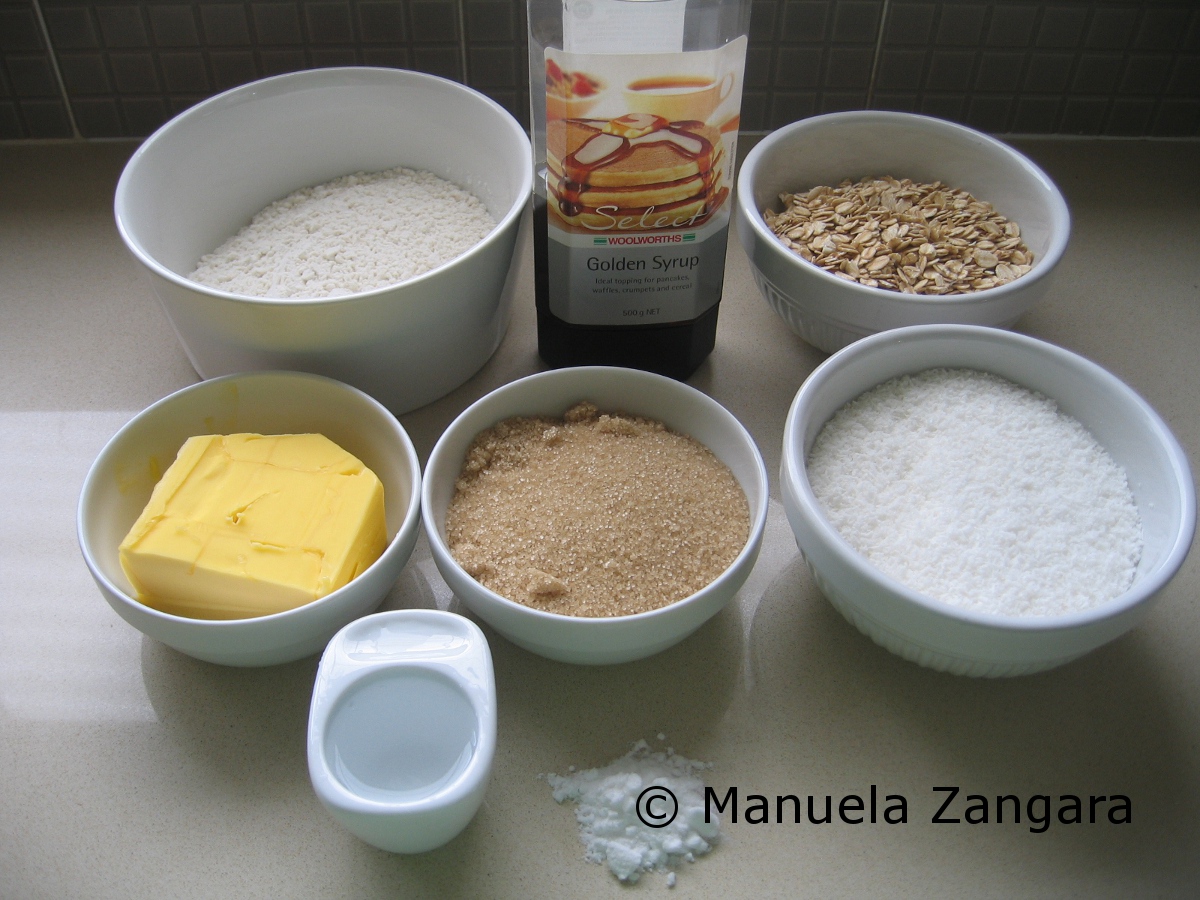 Put the butter and golden syrup in a small saucepan. Heat gently until they melt. 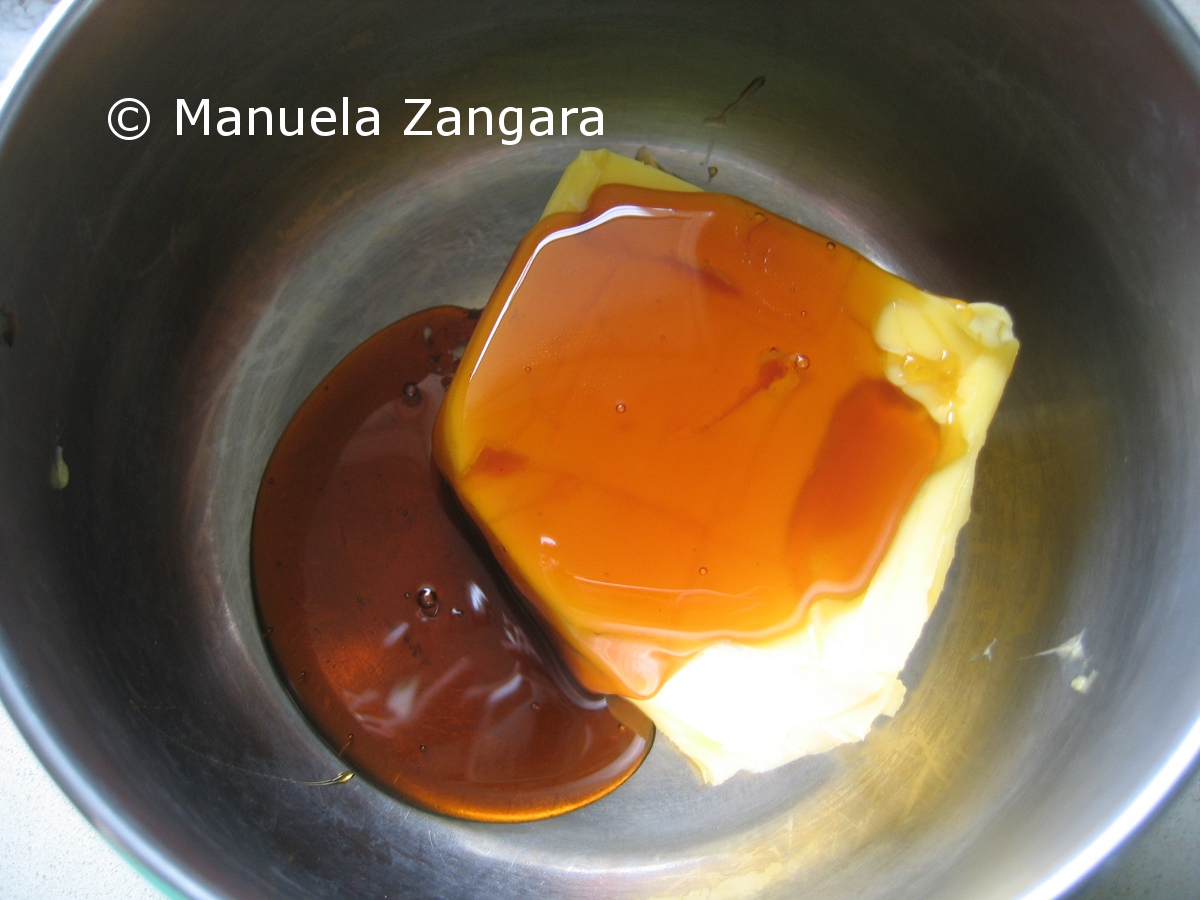 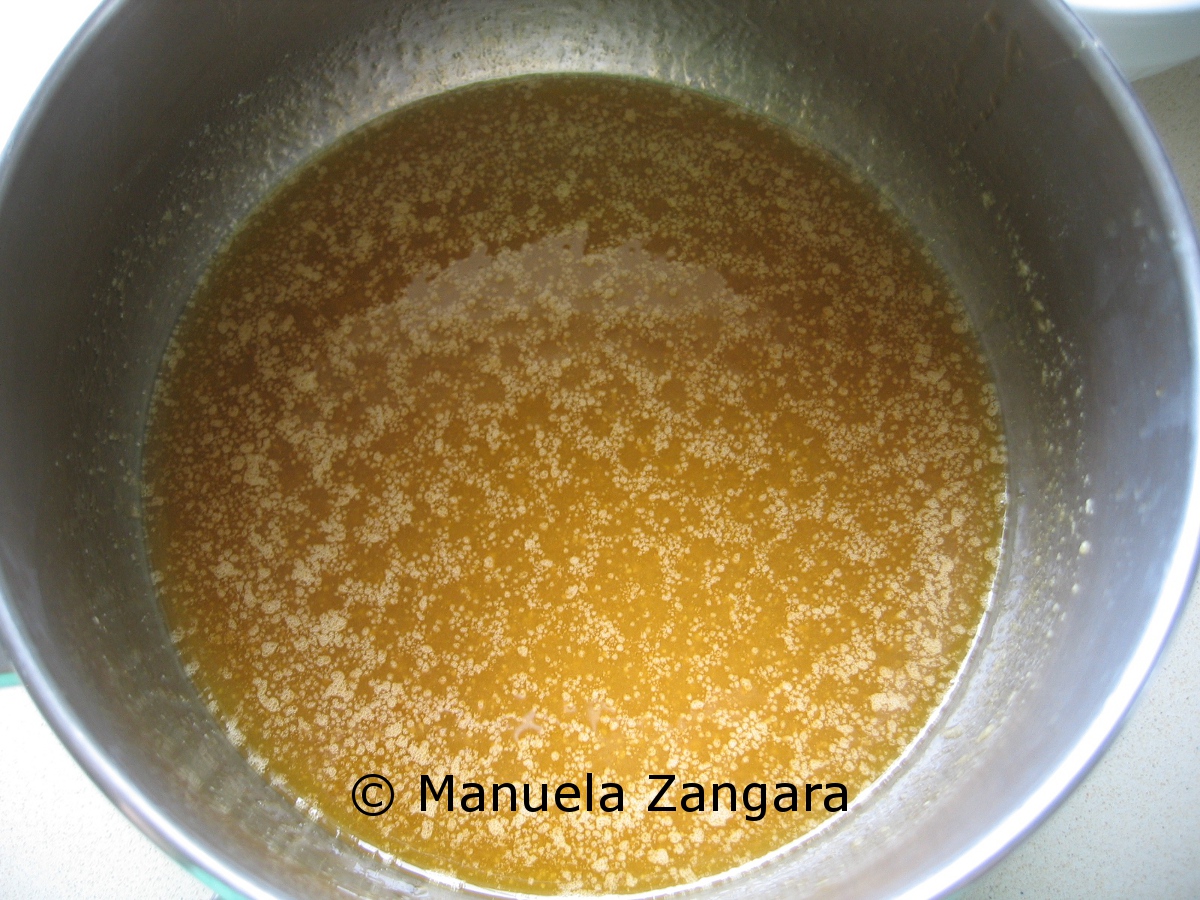 Combine soda bicarbonate and water in a small bowl and stir into the butter and golden syrup mixture. 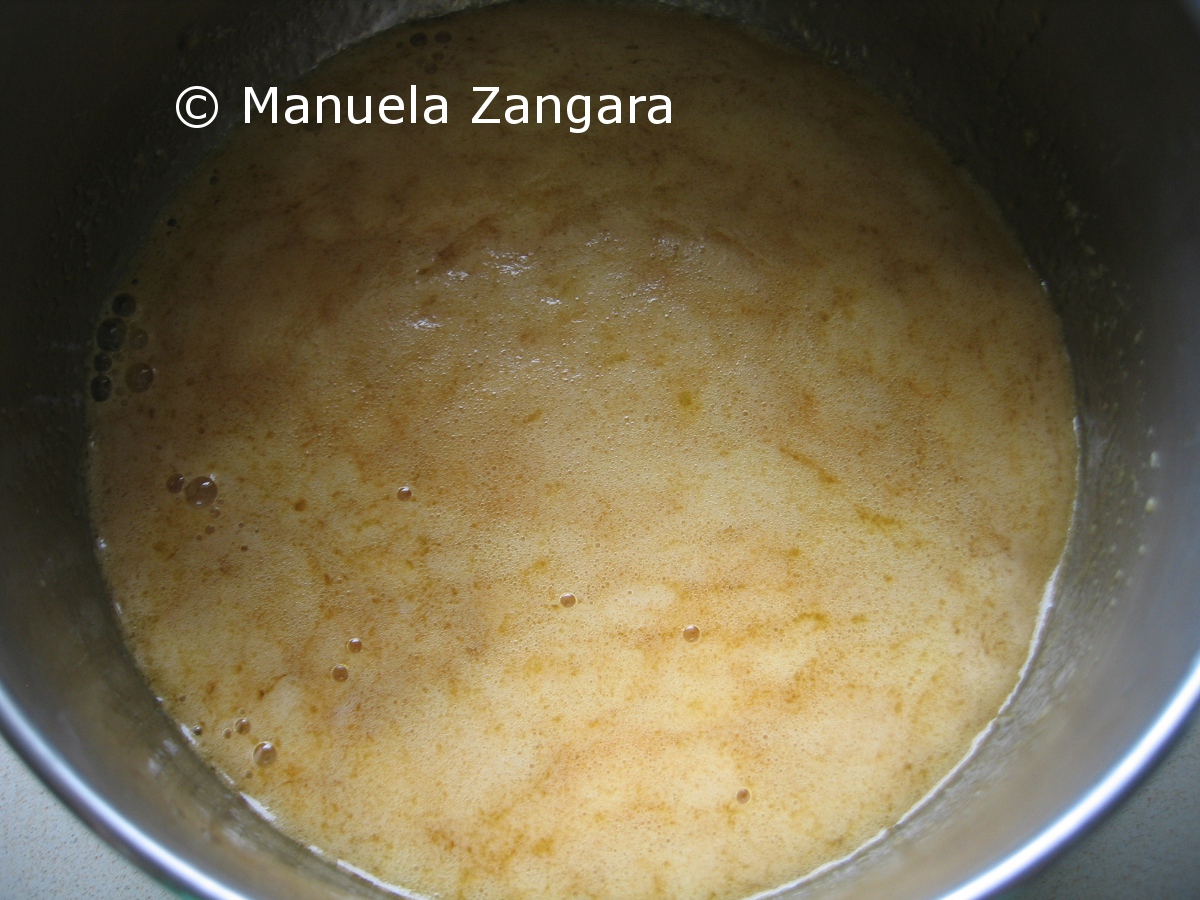 Put the remaining ingredients in a large bowl. 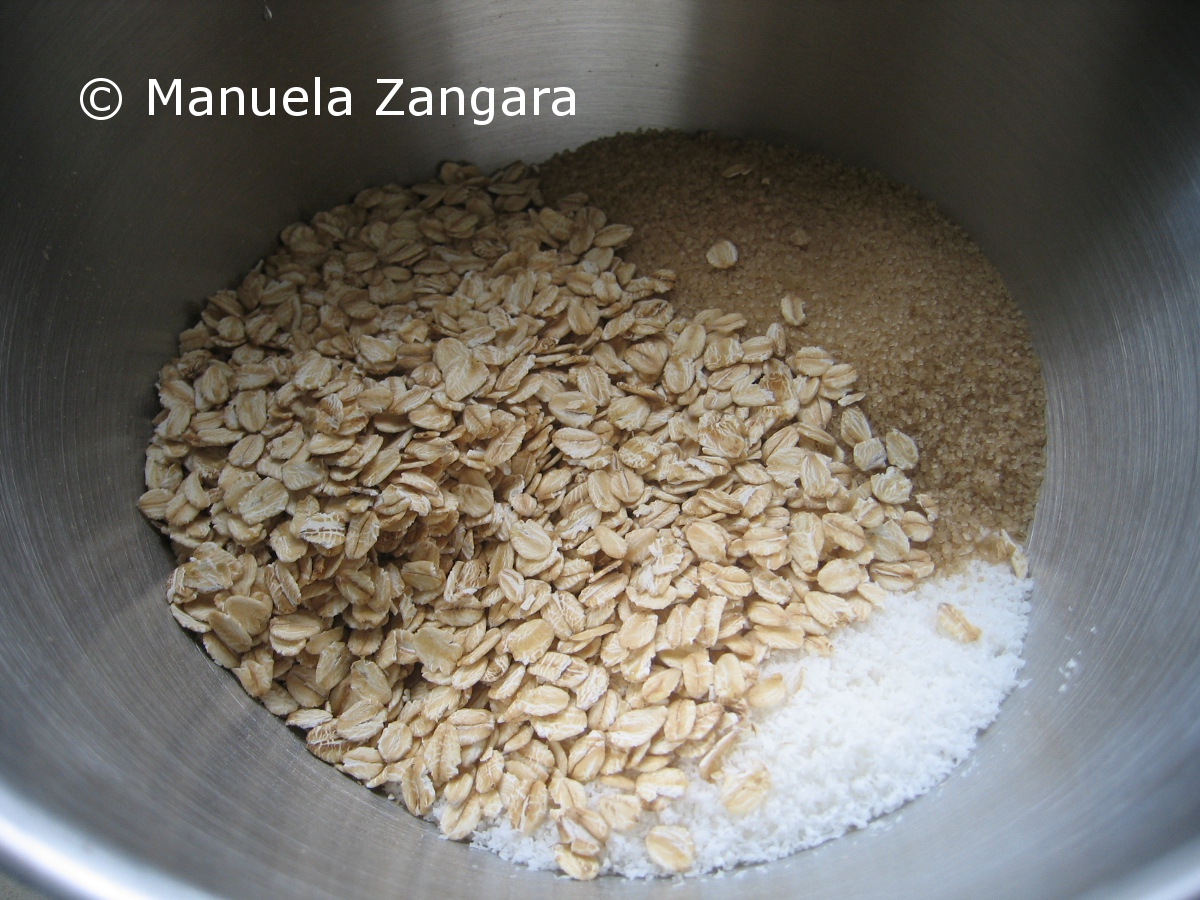 Pour the warm butter mixture in it and stir well until combined.

Make small balls with the mixture, place them on a tray lined with baking paper and flatten them slightly.  Keep them about 4 cm apart. 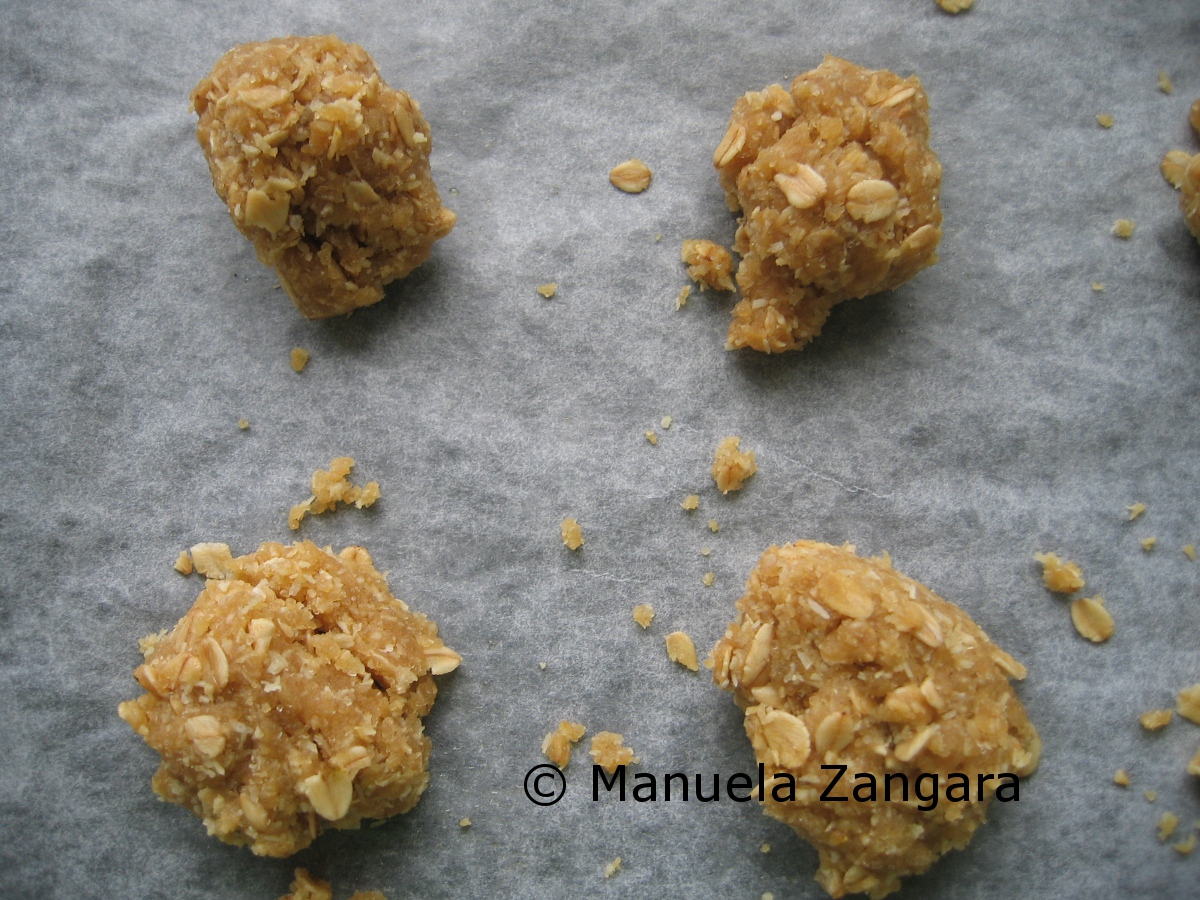 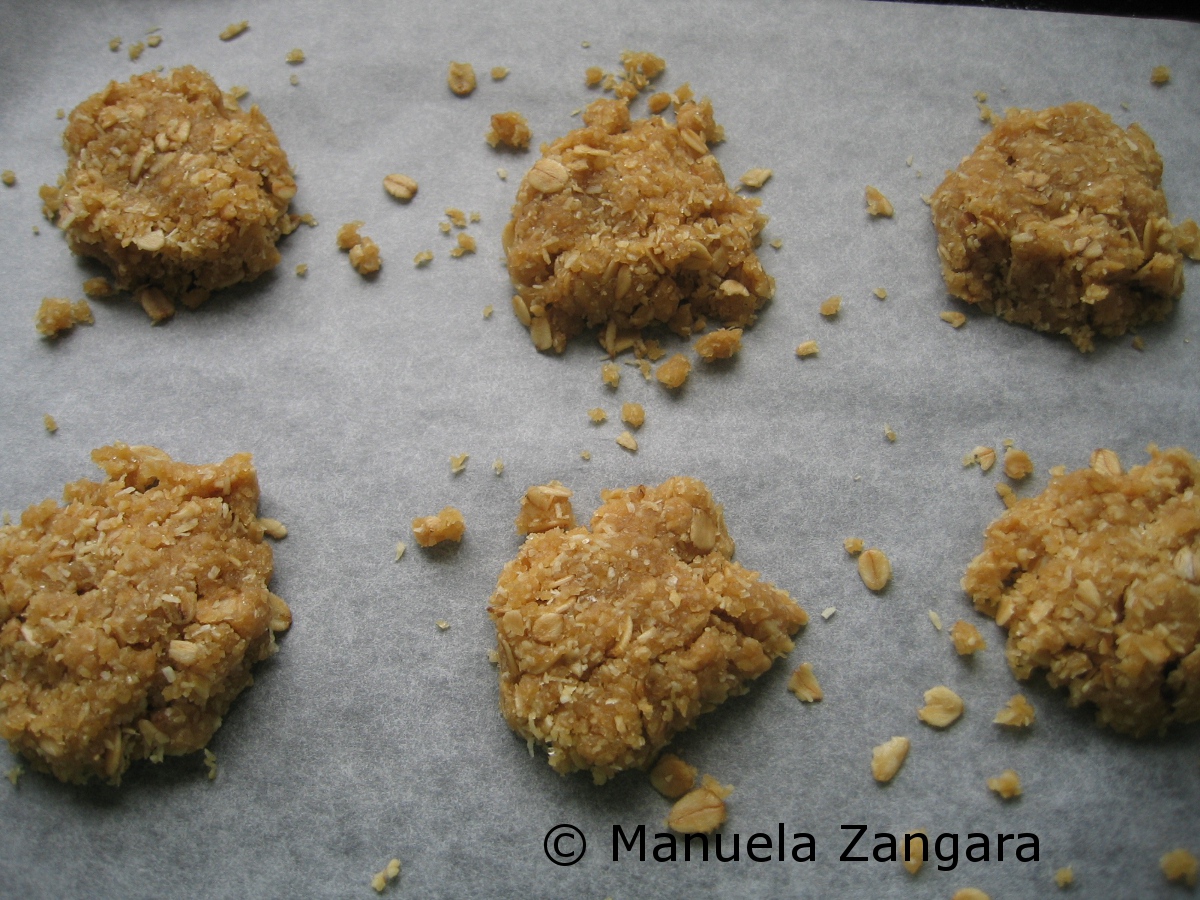 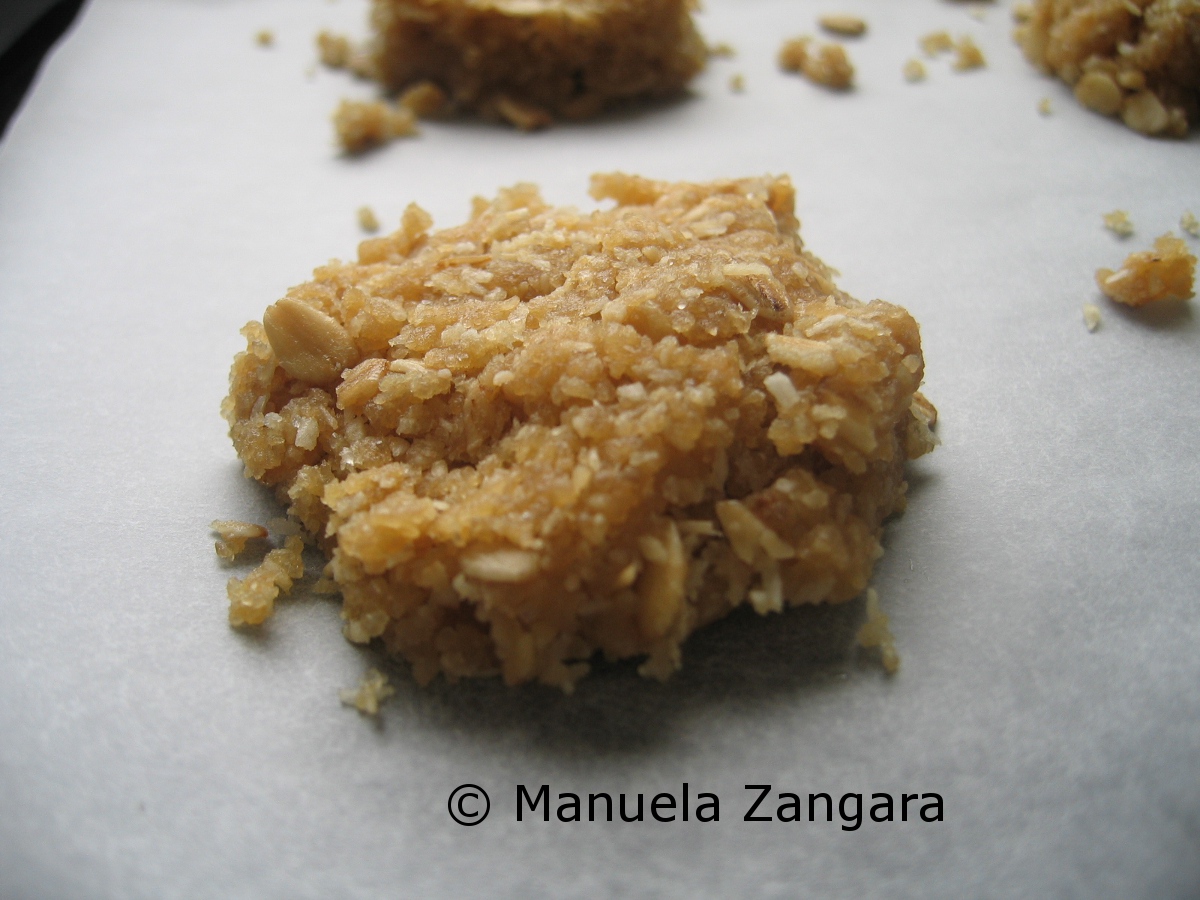 Bake in a preheated fan-forced oven at 140°C for 12-15 minutes or until golden brown. After the first 5 minutes, take them out and flatten them some more. 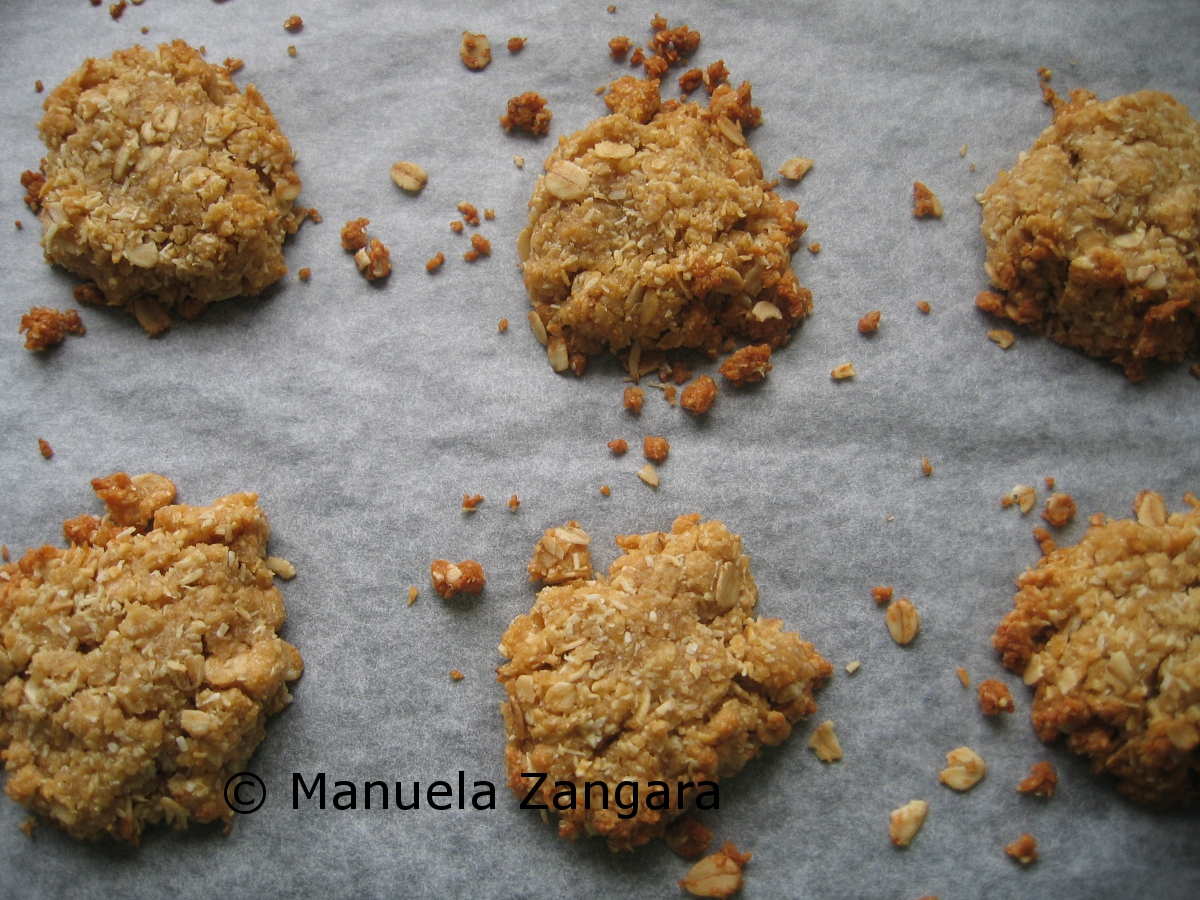 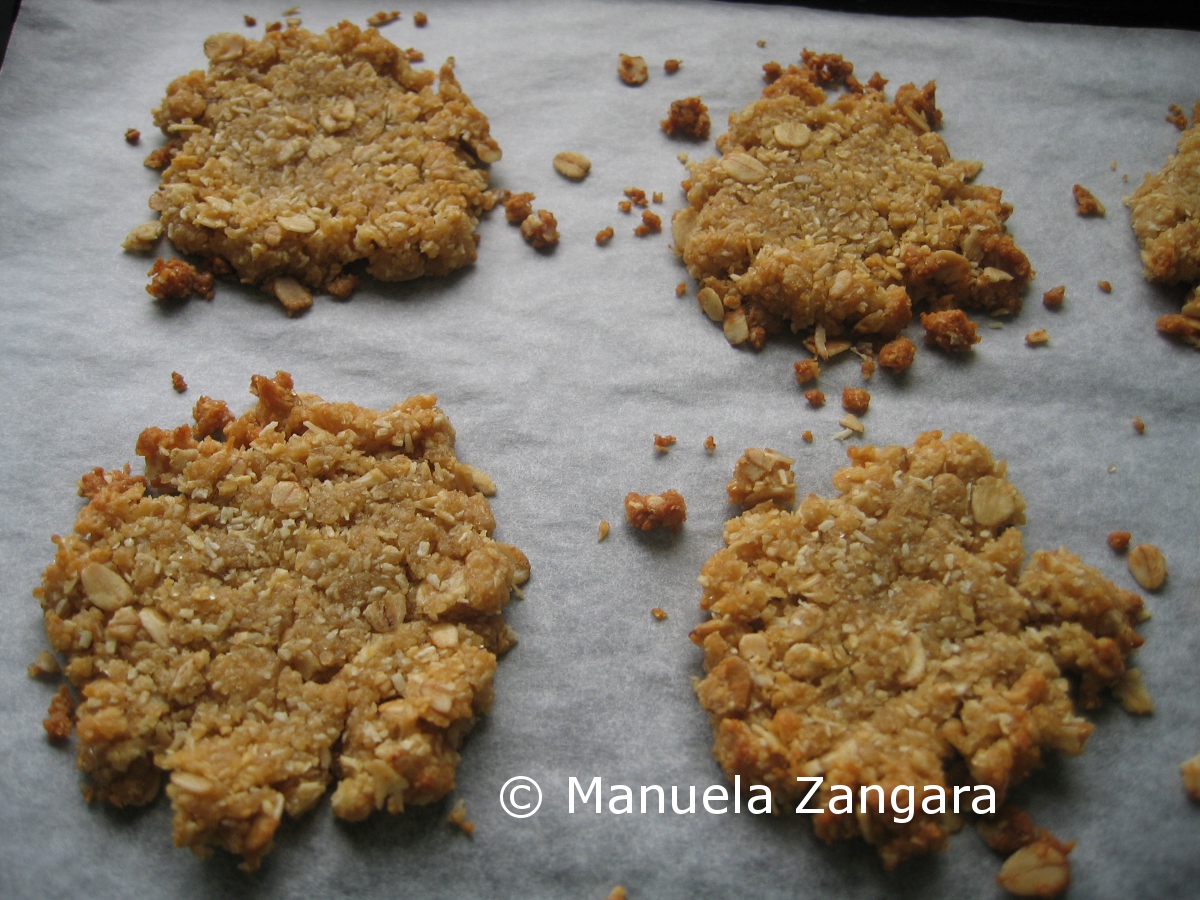 Remove from oven and cool for 5 minutes on the baking tray, then transfer to a wire rack to finish cooling. 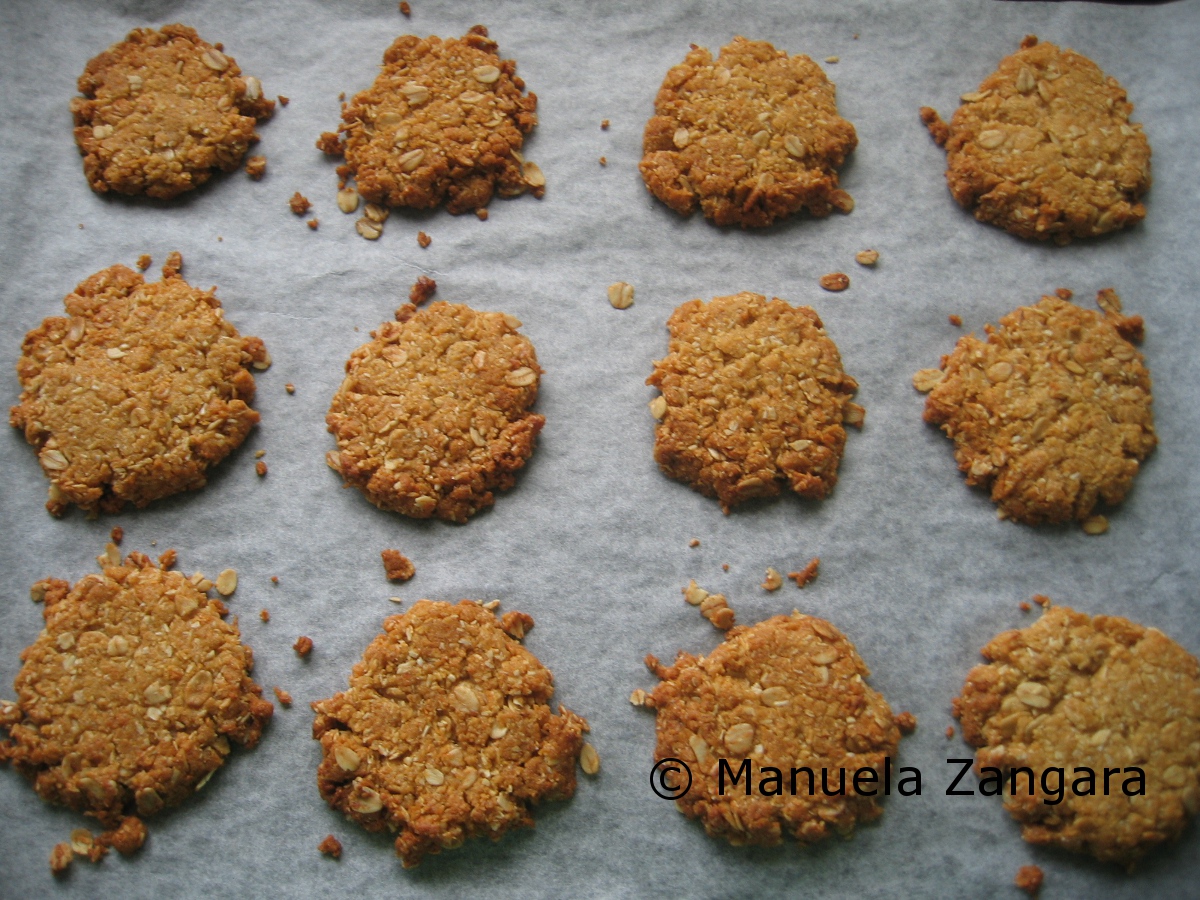 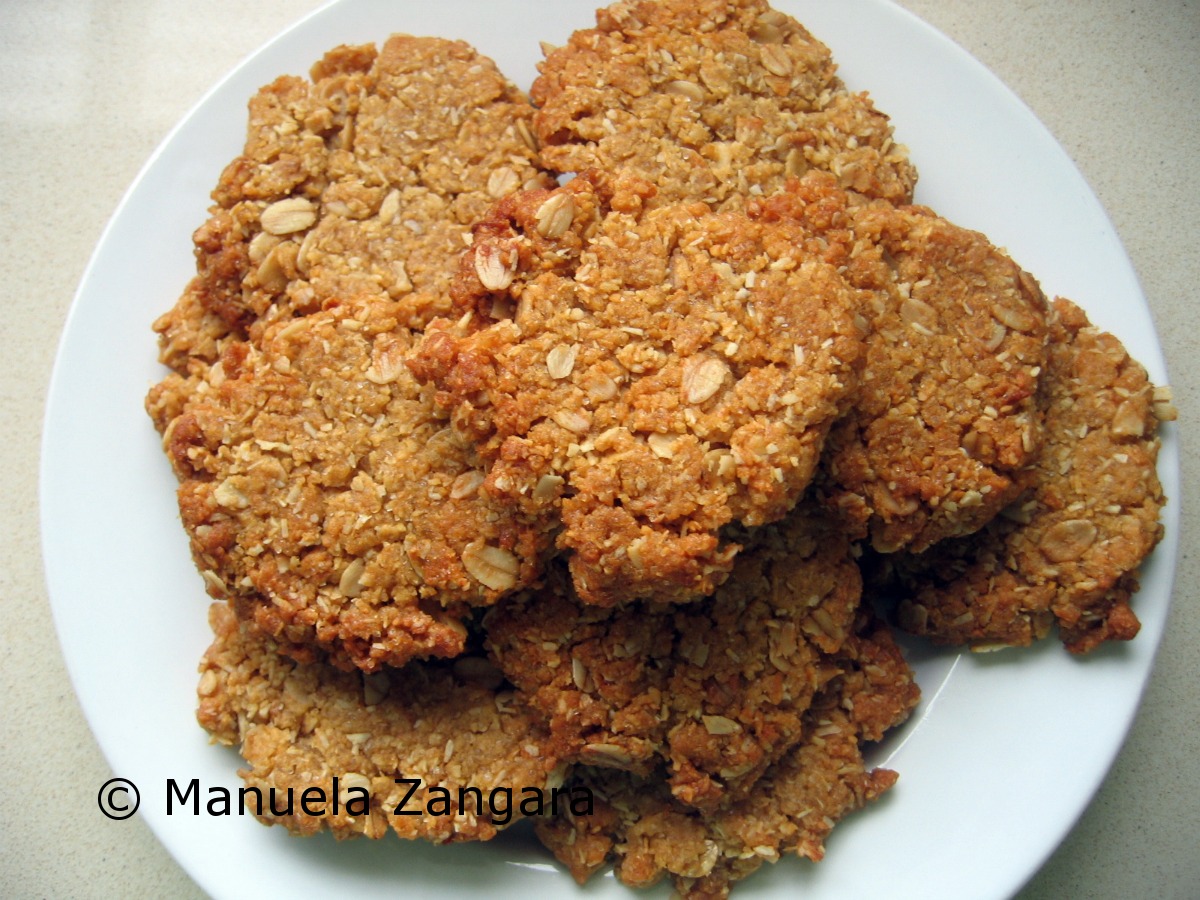 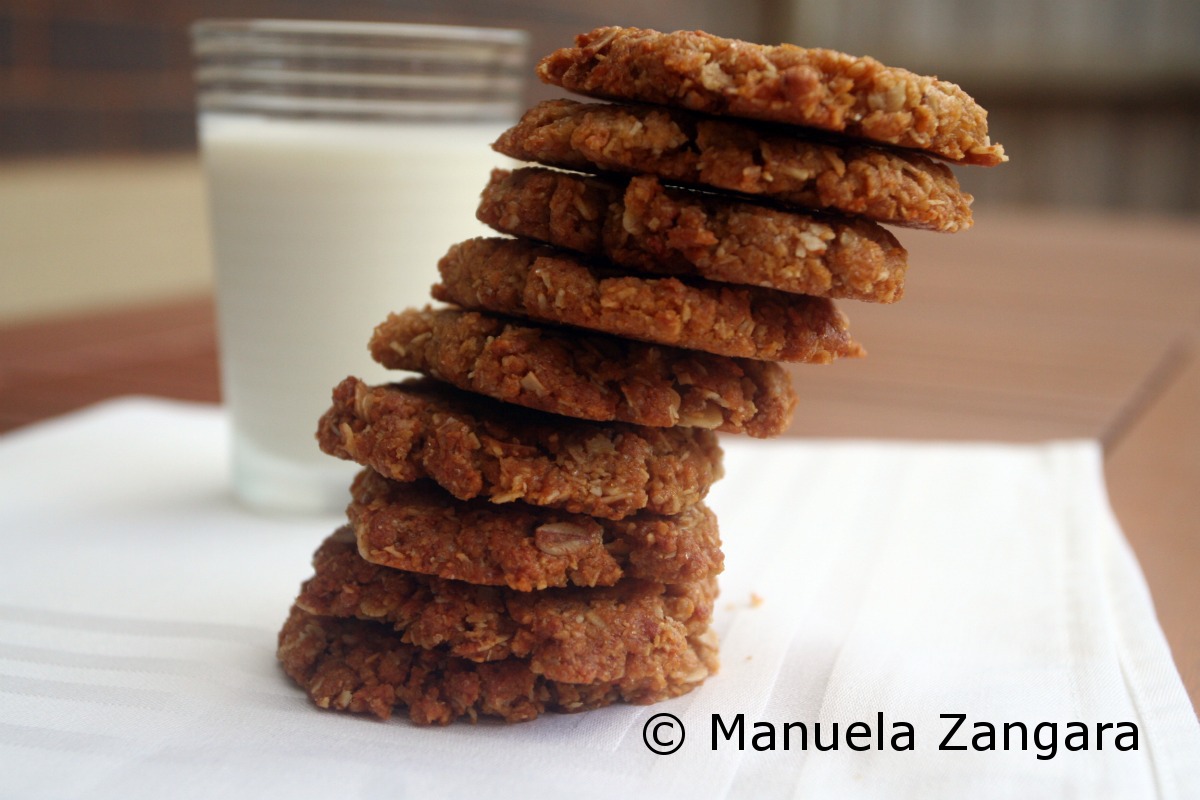 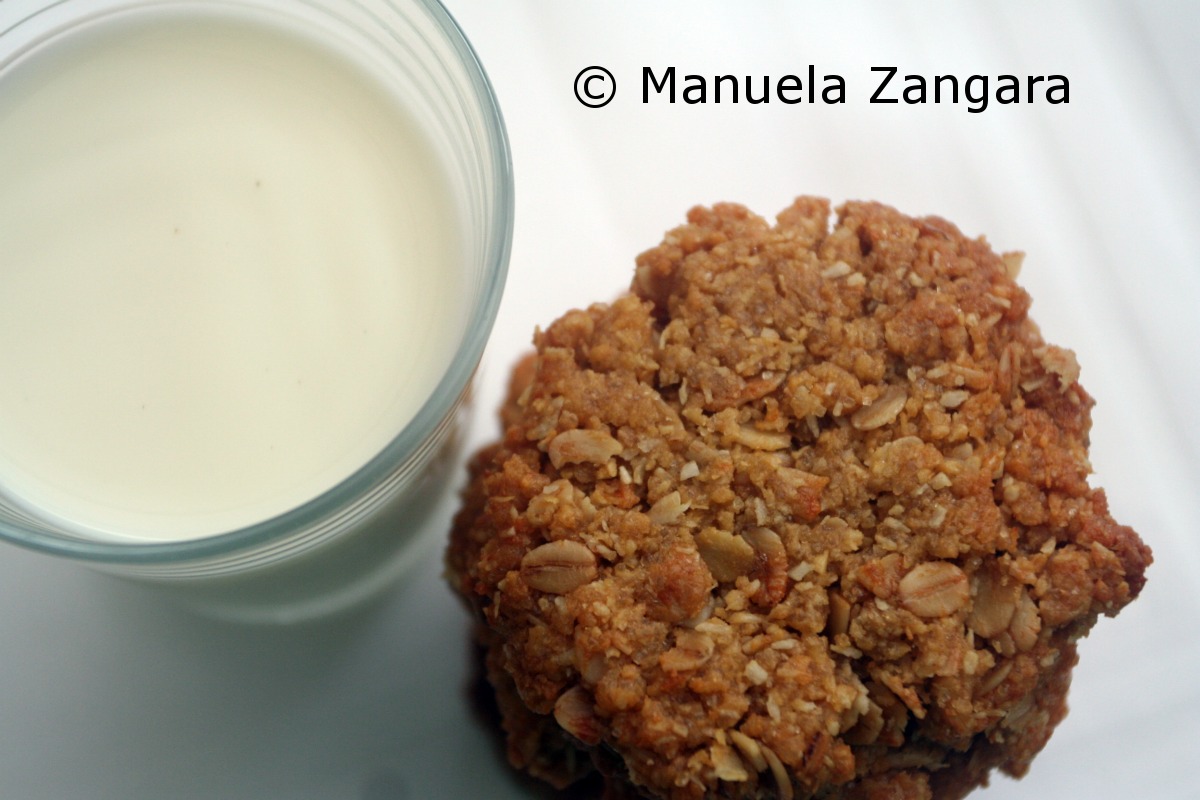