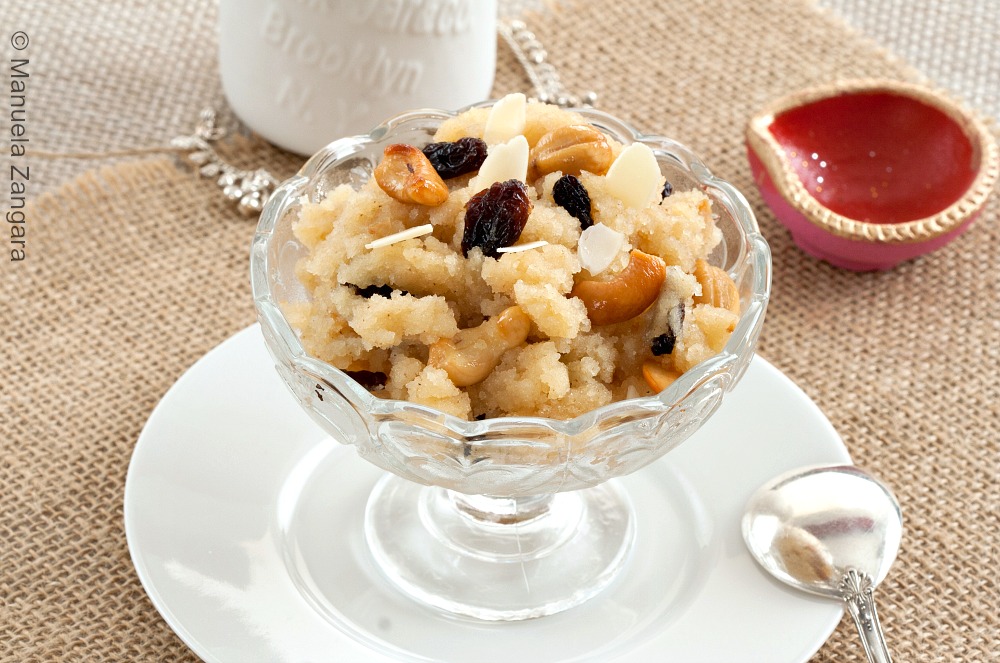 For the March Daring Cooks’ challenge, Ruth from Makey Cakey invited us to start the day with something filling, warm and nutritious. We got to experiment with different techniques and flavorings to create our own perfect personal porridge.
As I said in my previous post about Sooji Kheer (an Indian semolina porridge), I am no porridge expert… as we had to make 2 versions of porridge for the challenge, I thought of making a thicker version of Sooji Kheer, that is called Sooji Halwa (or Rava Sheera).  Unlike kheer, this is considered more of a dessert than a “porridge” and it is often served as Prasad during festivals and poojas in India.  The method for making Sooji Halwa is very similar to the one for Sooji Kheer, even though while Kheer is made with milk, this is mainly made using water.  Also, there is more semolina and less liquid in this Halwa… which makes it thicker. It is delicious with plenty of nuts, raisins and cardamom and when eaten warm, it is pure comfort food.  Try it out and let me know! 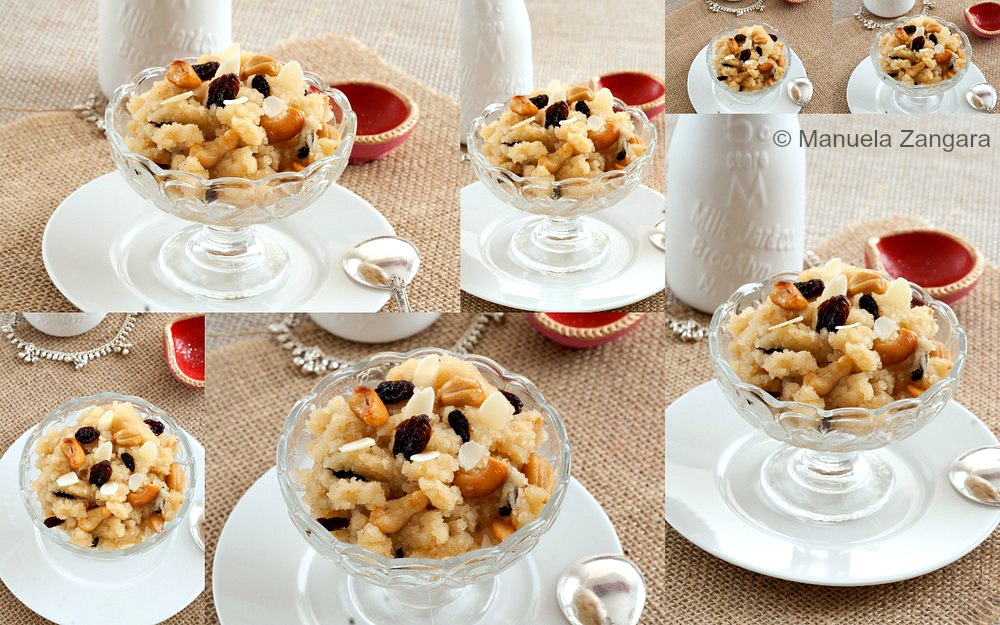 Sooji Halwa – also known as Rava Sheera - is a semolina-based dessert that t is often served as Prasad during festivals and poojas in India. 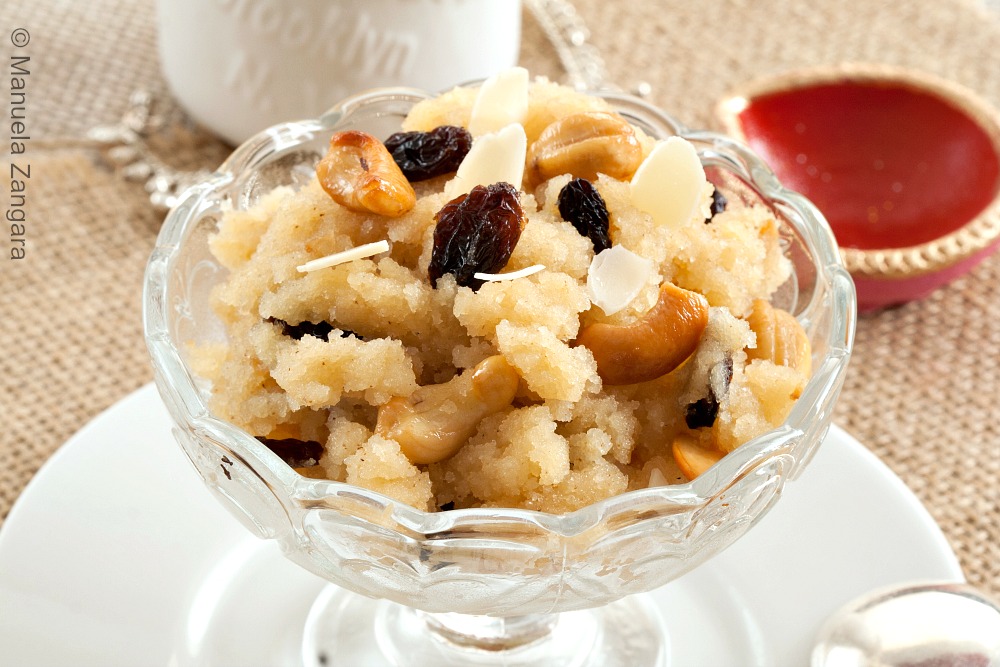 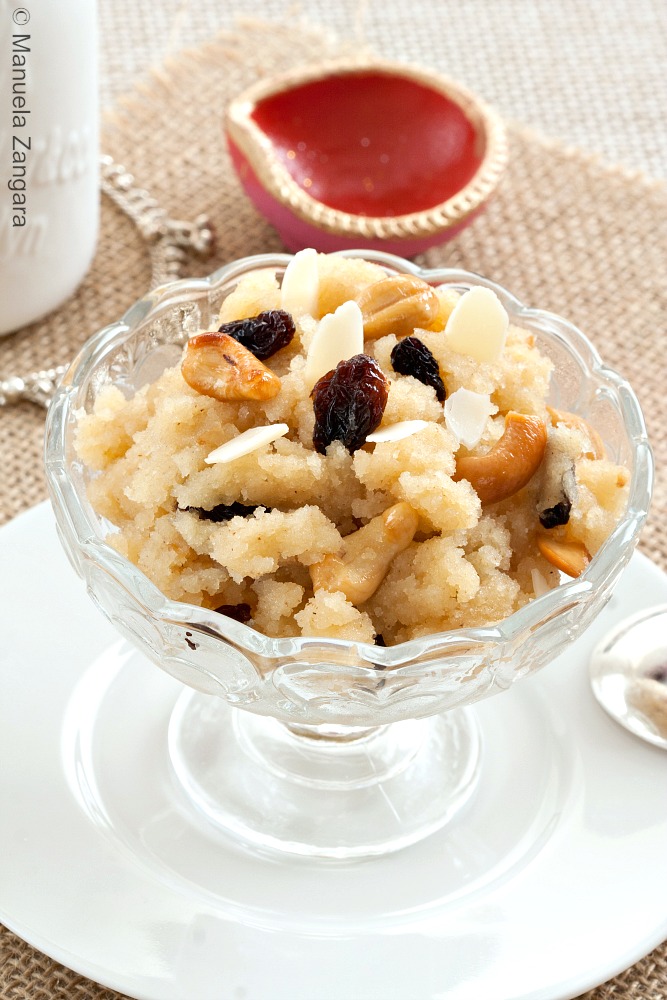