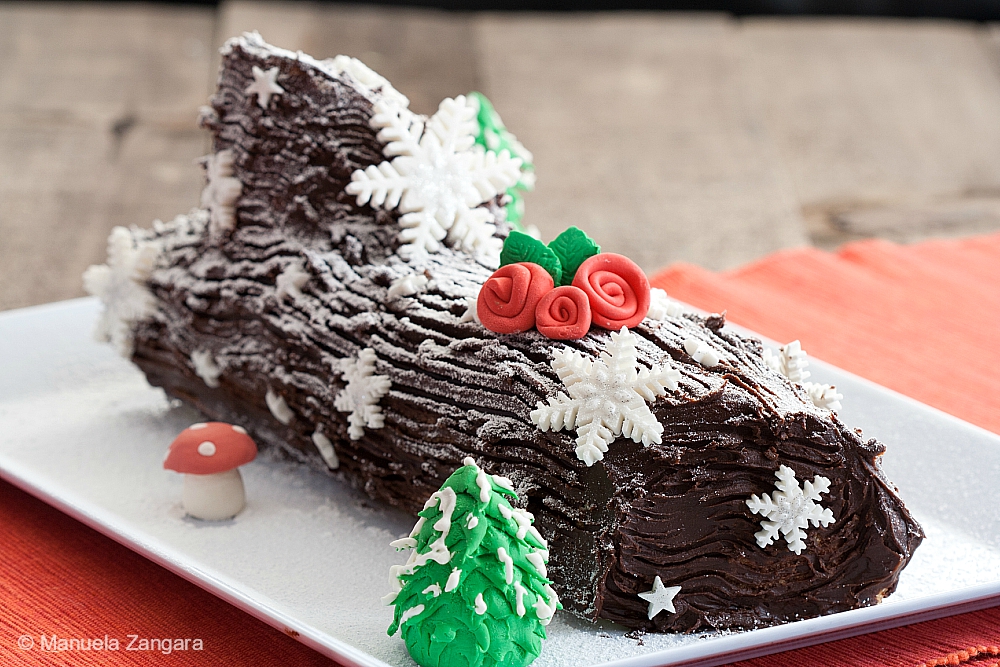 As you know, I grew up in Milan, in Northern Italy. Milan is in a fantastic area, just in the middle of Europe, which made travelling very easy even in the pre-low-flight-era. My parents have always loved Paris, so we would go there at least once a year, usually before Christmas. So, I have had my share of Yule Logs (or as they are locally known, Bûches de Noël). I also made it once, when I was a teenager. However, I had not eaten it in a very long time, and this year I decided to make it at home. Well, it is much easier than you think. There are hundreds of versions around, many of which use buttercream… but I am a huge chocolate lover, so I thought a chocolate ganache would work better. And it did! This easy Chocolate Yule Log was a super hit! I filled the Genoise cake with chocolate ganache and then I also used it to cover the log. To decorate it, I used icing sugar and fondant, but you can really use anything you like. It makes for a fantastic Christmas dessert! Enjoy and Merry Christmas everyone! 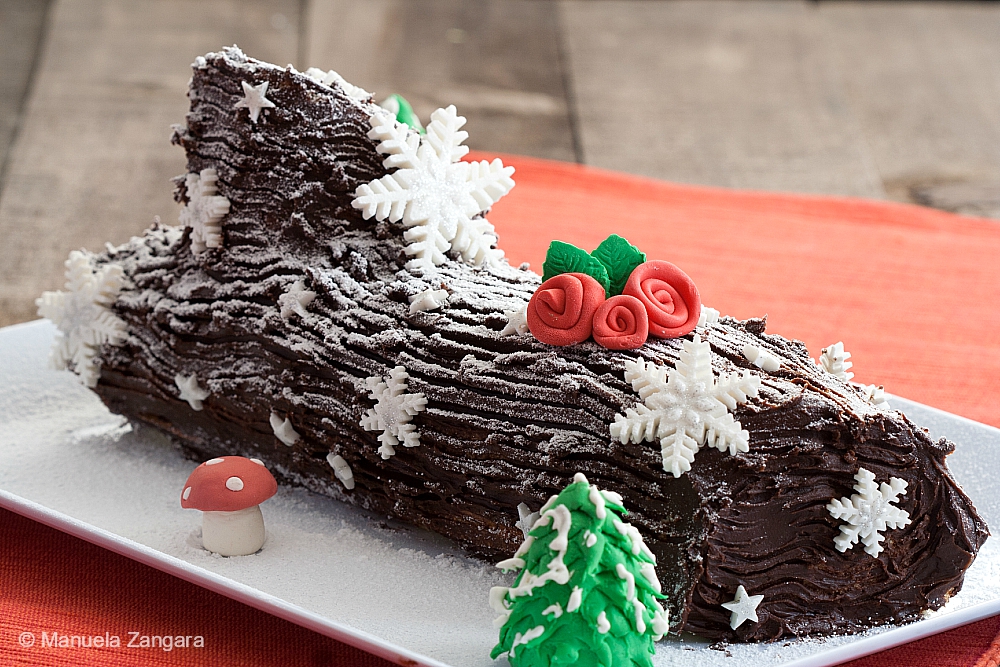 A tutorial on how to make a beautiful Chocolate Yule Log. Filled and covered with a delicious chocolate ganache, this Yule Log is much easier to make than it seems, and it makes for a great Christmas dessert!
Course Dessert
Cuisine French
Prep Time 20 minutes
Cook Time 10 minutes
Total Time 30 minutes
Servings 10
Author Manuela Zangara 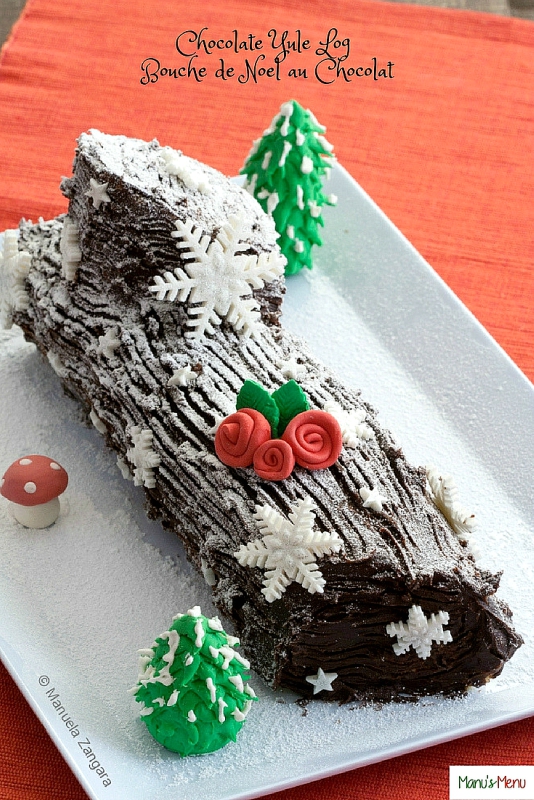 « Pigs in a Blanket Wreath
Croquembouche »