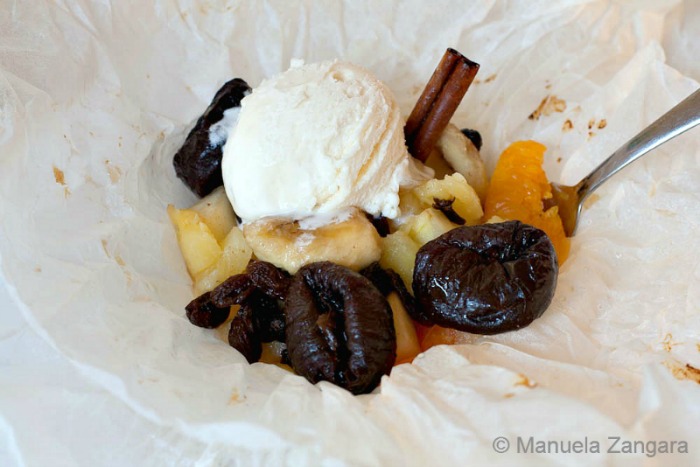 Our July 2012 Daring Cooks’ host was Sarah from All Our Fingers in the Pie! Sarah challenges us to learn a new cooking technique called “Cooking En Papillote” which is French and translates to “cooking in parchment”.

As I already said in my Baked Feta post (the first of the recipes I created this month), I was really excited about this challenge!  This cooking method is very common in Italy and I very often use it for cooking fish, vegetables and other food (see my Snapper en papillote or my recipe for Chicken liver parcels).  So this time I challenged myself to use this method on something different, something I had never made before.  After successfully trying my hands at cooking cheese en papillote, I set on a mission to cook… fruits!  I love baked fruits, but I never even thought of cooking it en papillote.  The result was amazing!  The fruit was nicely baked but still juicy and naturally sweet.  In fact, this is quite a healthy recipe (especially, if you omit the vanilla ice cream on the top, even though I used a light ice cream, so it was not that bad ;-P).  I did not add any sugar as I used some apple juice to cook the fruits with, and that combined with the natural sweetness of the fruits, made the final dish sweet enough.  You can use any fruits that will retain their colour and consistency during baking, so don’t limit yourself to the list below.  I think it makes a great end of meal (both served as fruits or as a dessert if topped with ice cream), especially in the cooler months as it is best when served warm.  Enjoy and thank you so much Sarah for such a fantastic challenge!!! 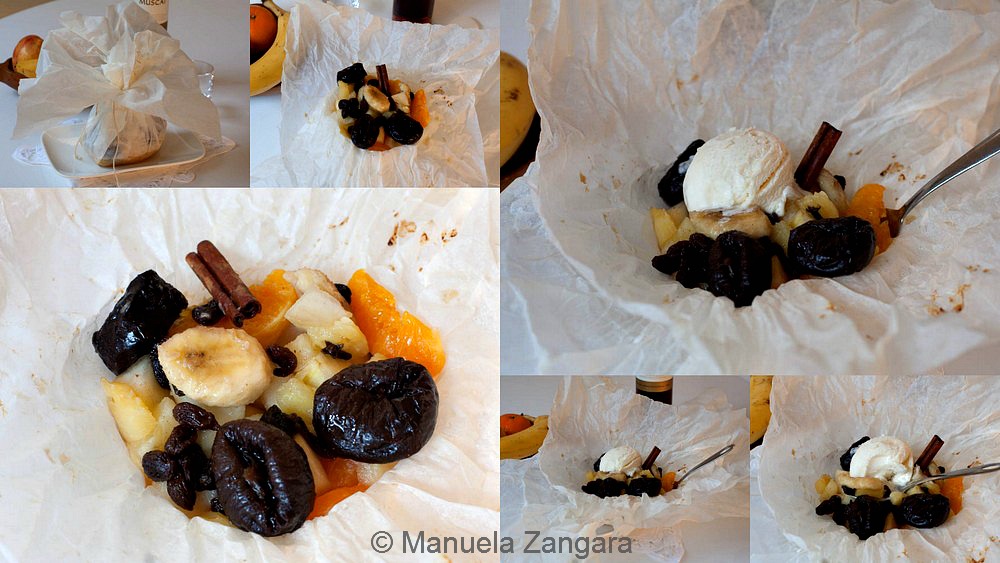 If your parchment paper is not thick enough, make 8 pieces and use 2 per person.
You can remove the cloves and cinnamon before adding the juice to the fruits if you like. I usually keep them in for presentation only. 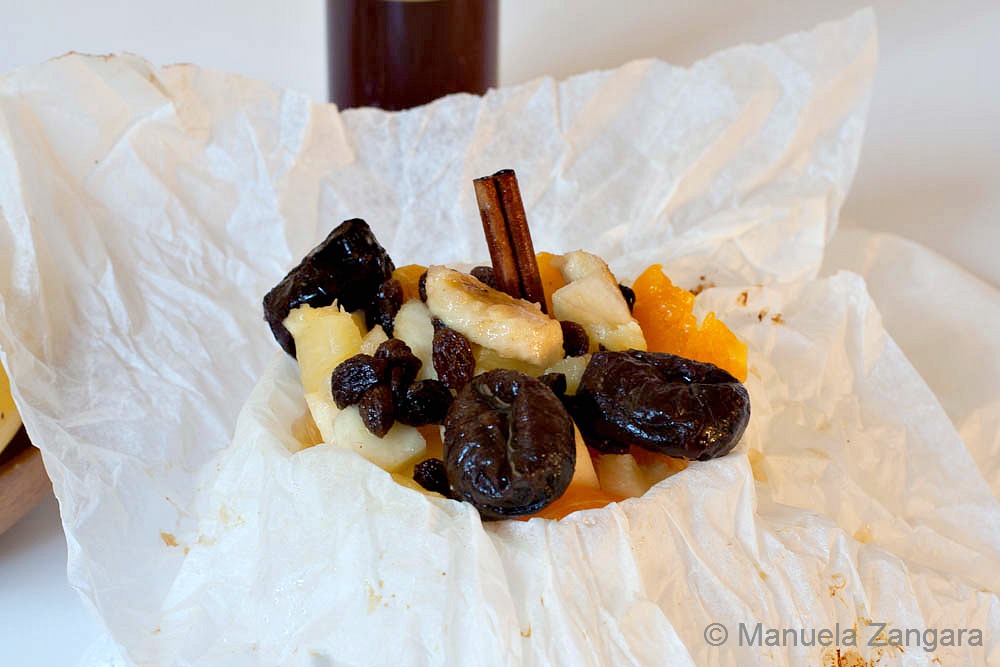