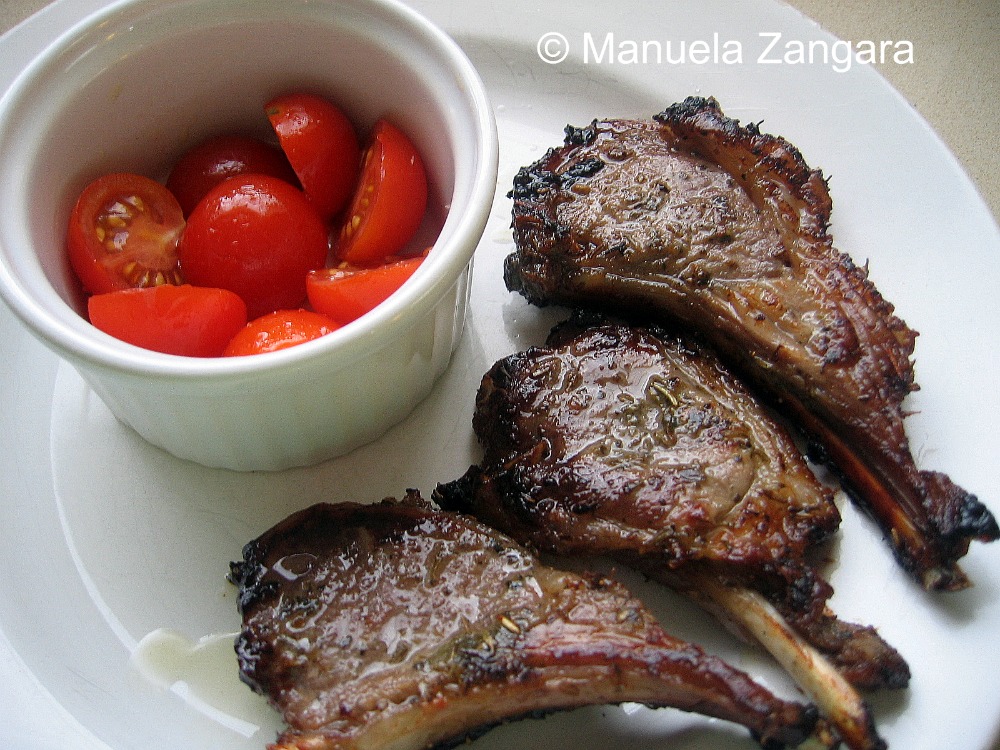 This is a very simple lamb dish that I came up with since moving to Australia.  Lamb in Italy are much smaller than they are here and it is not easy to find some cuts of meat.  I don’t remember seing this kind of cutlets at the supermarkets in Italy… but I haven’t been back for a few years now, so things might have changed.  Anyhow, what l like the most about this dish is the marinade, as it gives the lamb a nice zesty kick.  I like using both orange and lemon as the sweetness of the orange balances the tanginess of the lemon, giving the marinade just the right flavour.  You can grill or bake these cutlets or you can even barbecue them and they go perfectly well with my couscous salad.  Enjoy! 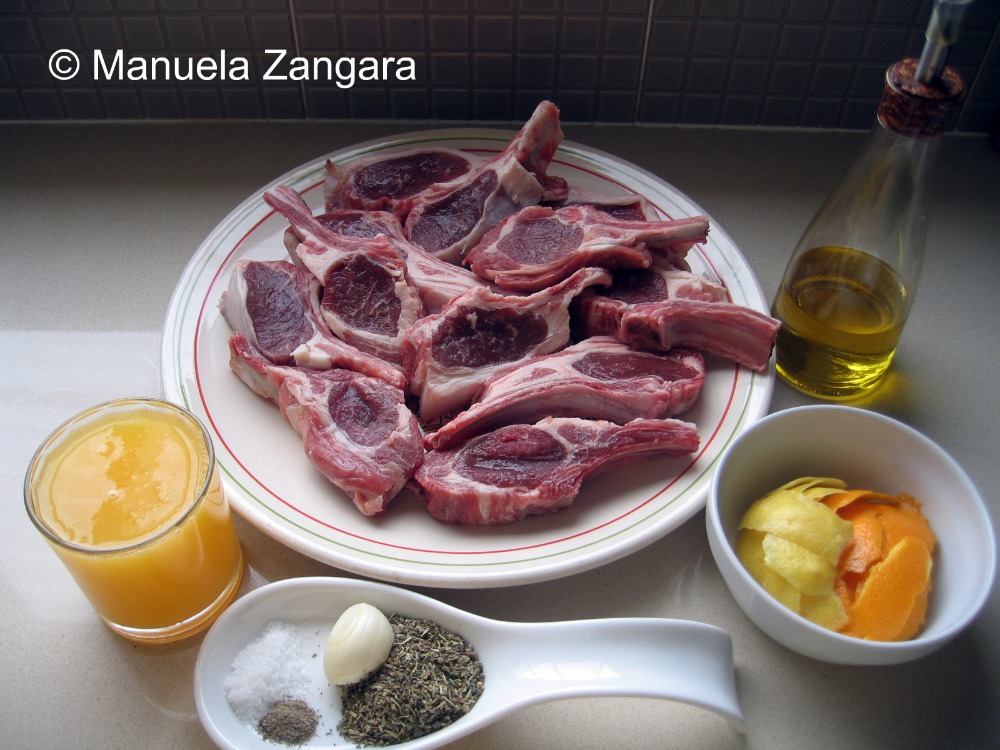 To prepare the marinade put all the ingredients in a large ziploc bag capable of holding the marinade and the cutlets.  Shake it until well mixed and then add the lamb cutlets.  Seal the bag and marinate in the fridge for 3 to 6 hours. 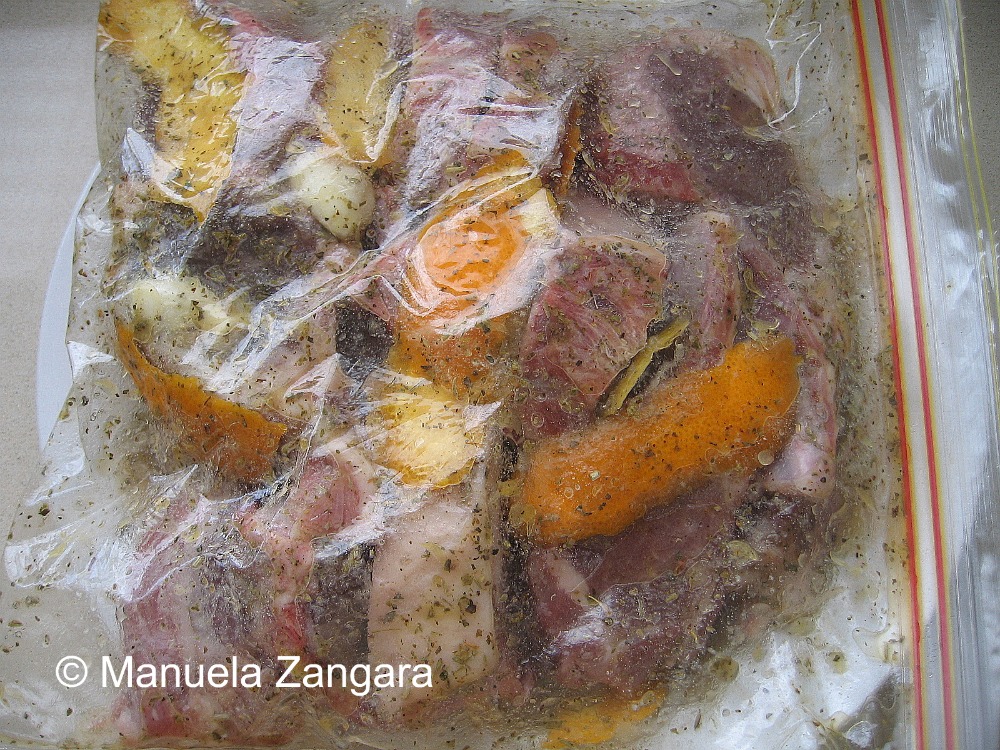 Remove the lamb cutlets from the Ziploc bag and discard the marinade.  Place them in a non stick oven tray without adding any oil as they will cook in their own fat. 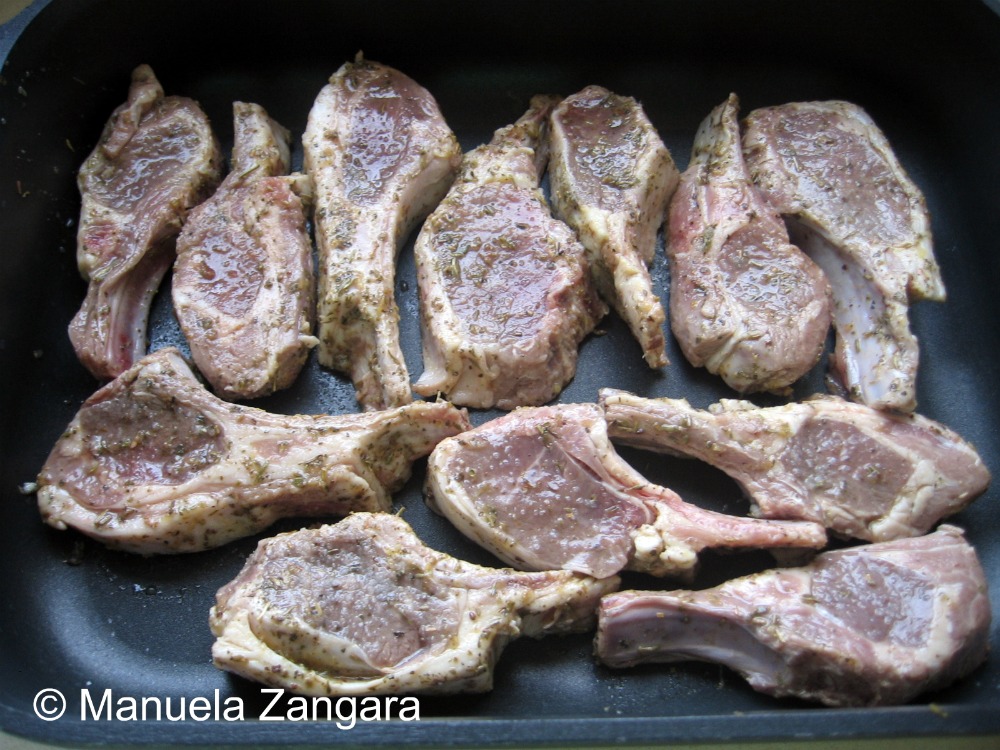 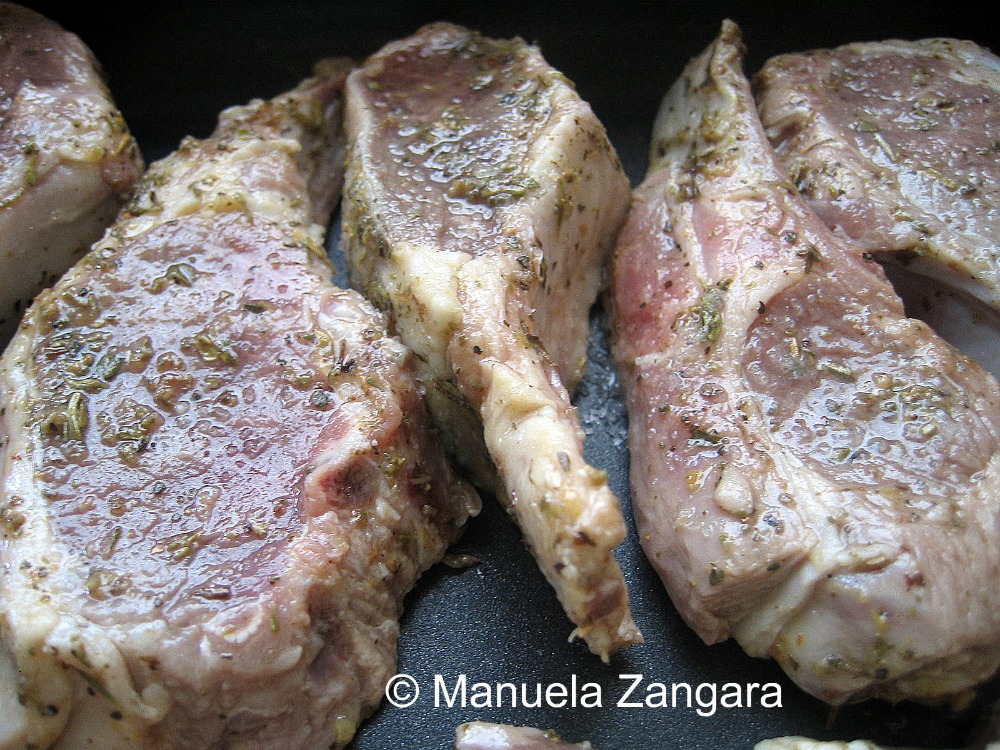 Bake them on high heat so they brown on the outside and remain pinkish on the inside.  The cooking time will vary according to the size and thickness of the cutlets and according to how “well done” you like to eat lamb.  You can also grill or barbecue these cutlets.

Serve warm with some cherry tomatoes, a simple green salad or, even better, with some of my couscous salad on the side.