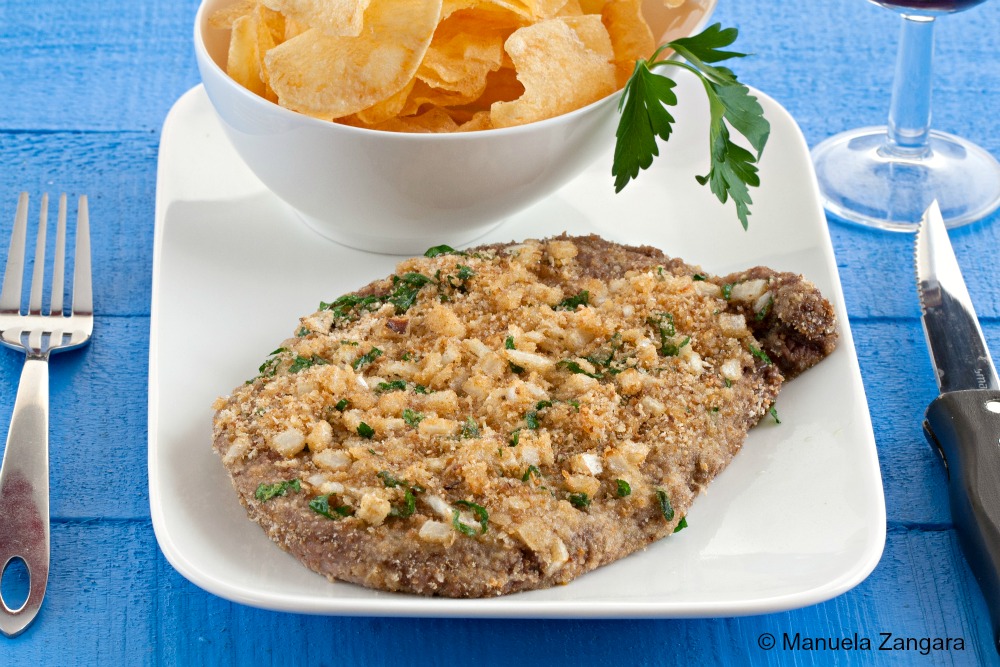 A few weeks ago, I reviewed the Toollio, a very handy kitchen tool that really makes your life easier when it comes to cooking.  Today, I want to show you yet another recipe that I have created using this fantastic appliance: Onion Crusted Scotch Fillet with home-made Chips.  It is another very quick meal idea, as I believe that everyone, even the people who are pressed for time, deserve a delicious home cooked meal and that the Toollio can be very useful for this purpose, as it is a time saver.  I wanted to try the tenderiser attachment, so I picked up some beautiful scotch fillet steak (one of my favourite cuts).  Using the attachment was a breeze and after cooking them, the steaks were so soft, they almost melted in the mouth. I was really impressed.  I also made my own breadcrumbs thanks to the cheese grater attachment using some stale bread.  Yet another show stealer were the home-made chips (or crisps).  I thinly sliced some potatoes with the vegetable cutter and deep fried them.  They were crisp and crunchy just like store bought chips, but they tasted so much better.  They were also very quick to make and my girls thoroughly enjoyed them.  I can see myself making all kinds of flavoured chips with thanks to the Toollio and I can’t wait!  Give this recipe a go and stay tuned for more of my recipes made using the Toollio! 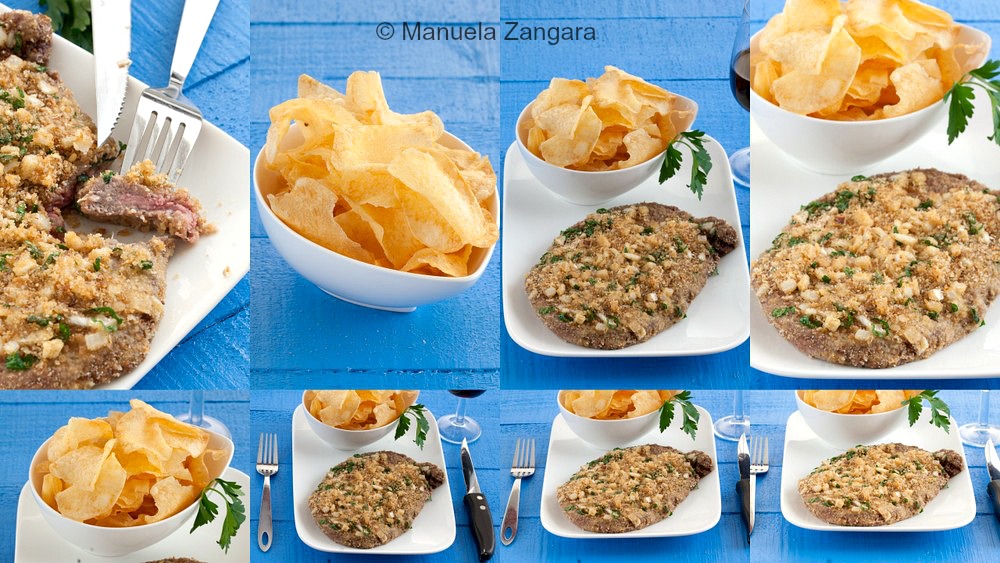 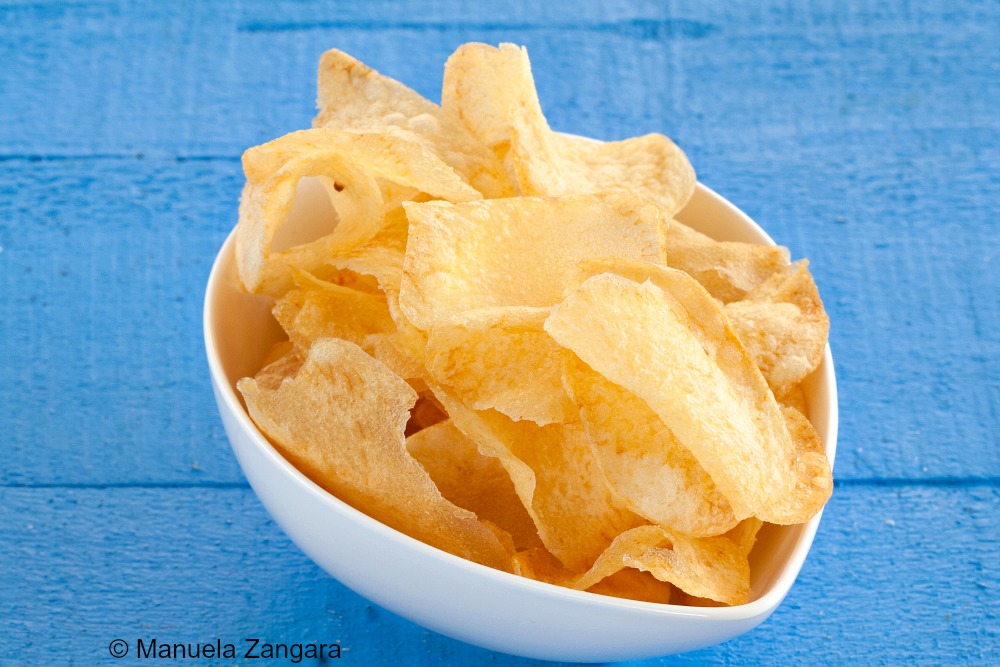 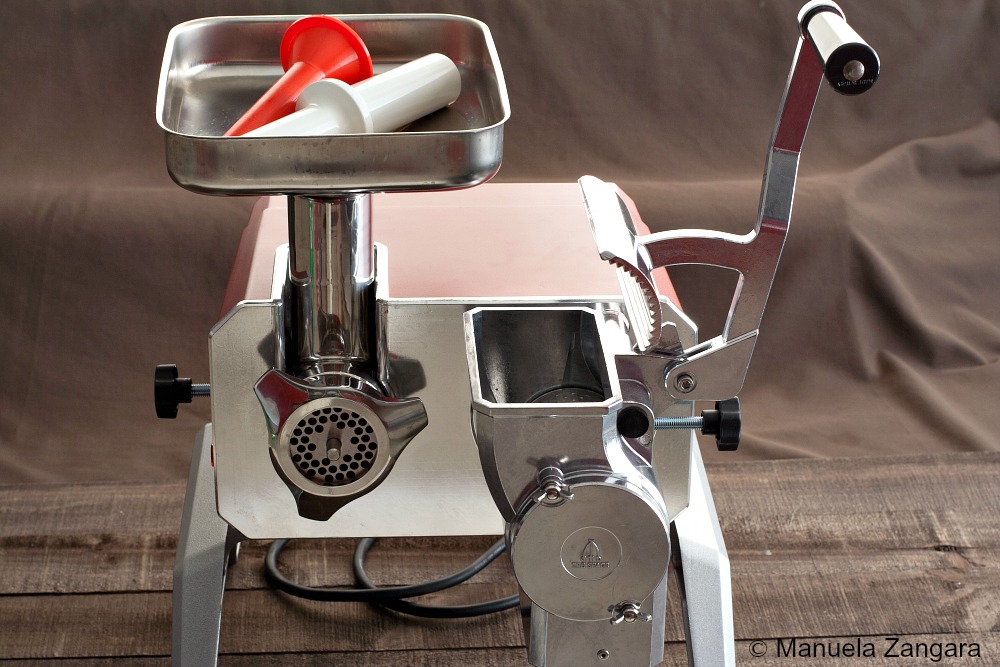 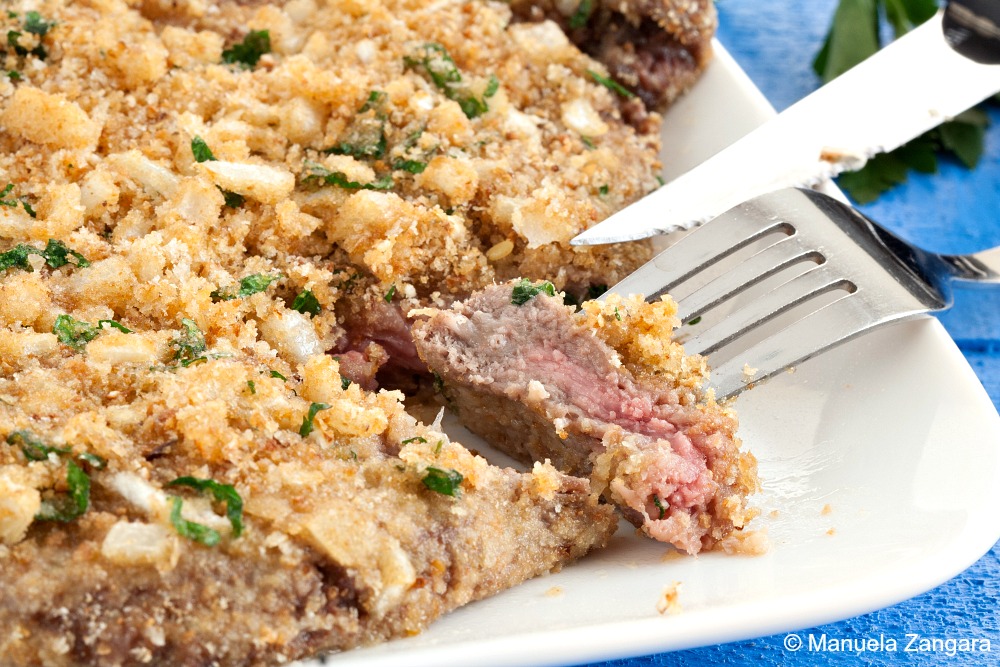 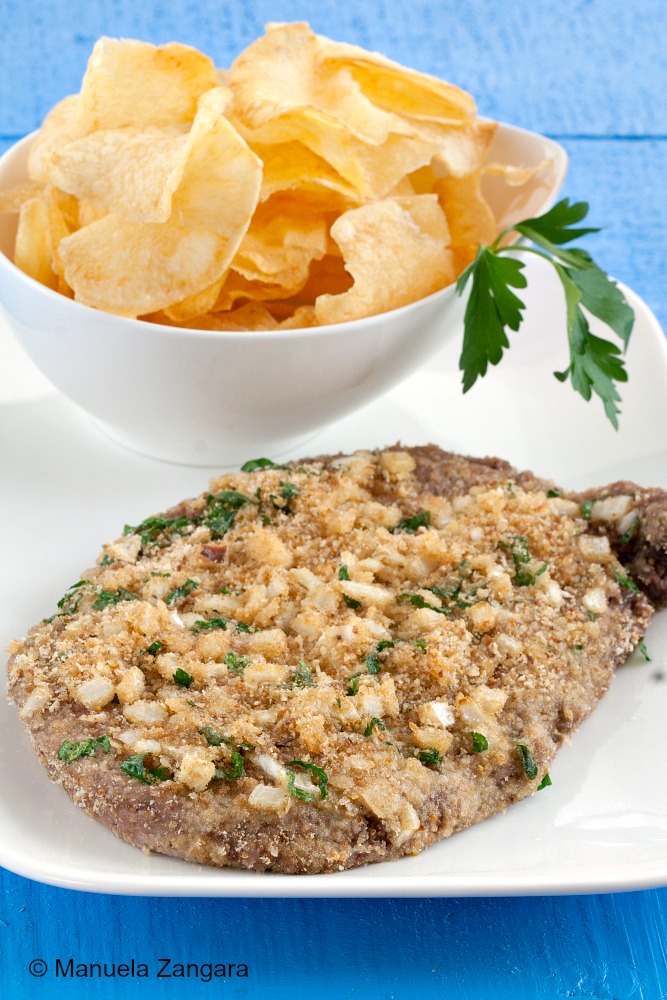