The majority of you know that, even though I now live in Australia, I was born in Milan – Italy, by Sicilian parents and even though I was brought up in one of the most glamorous and fashionable cities of the world, I have always been attracted to the simple yet amazingly delicious food that you buy in small shops, stalls, markets or on the streets.  As a child, I used to spend my summer holidays in Sicily visiting my grandparents and I remember going regularly to one of the most famous markets of Palermo: Il Capo.  My granny and my dad would buy fresh food and veggies and lots of fish among people hawking in Sicilian to showcase their merchandise and attract clients.  It was so much fun!  But the thing that really motivated me the most to enter the narrow and crowded alleys of the market was my daily treat… I could choose anything I wanted from one of the many carts that sold the most delicious street food you can think of.  My mouth is watering just thinking about it!!  They had both sweet and savoury delicacies, but I would often have a savoury treat… how can you resist the temptation of arancine, sfincione or potato croquettes?

My parents are visiting from Italy to spend the holiday season with my family.  So, when I got Foodbuzz’s email for this month’s 24X24, I thought it would be nice to hold a 24X24 event about my family’s Sicilian Street Food Party that I organised for this New Year’s Eve.  This was the second time I hosted a 24X24 event: I had so much fun organising the Christmas in July event, that I was really excited when I got Foodbuzz’s acceptance email!

The idea behind this event, which was held at our house on Saturday 31st January, was to recreate some of the most famous street food from Palermo and to relive some happy childhood memories with my parents and share them with my husband and daughters.  So they too could get to taste some of the great Sicilian street food that can’t be found elsewhere. 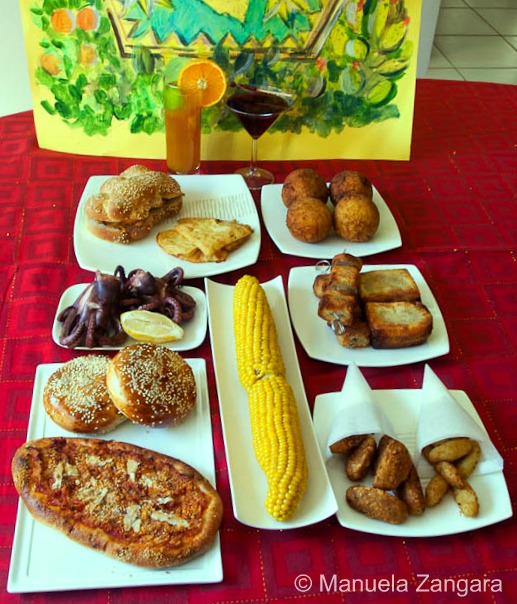 To decorate the table, we made a little banner representing Sicily, with one of the sides of a carretto siciliano (a little chariot), orange trees and prickly pears and we put it behind the dishes when I took the pictures. 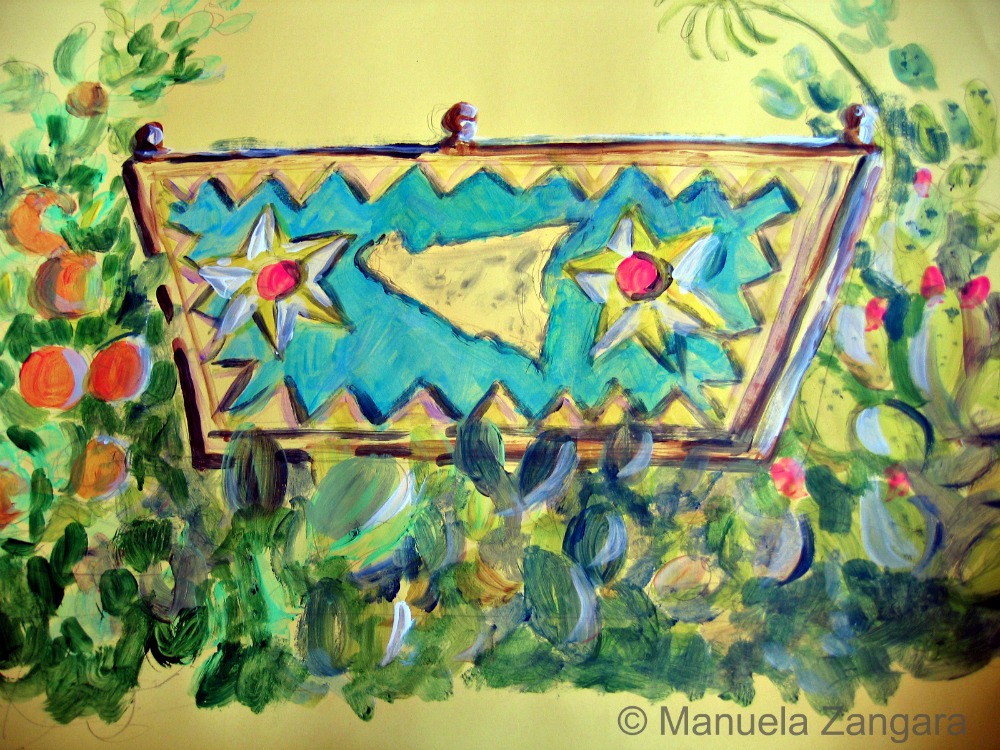 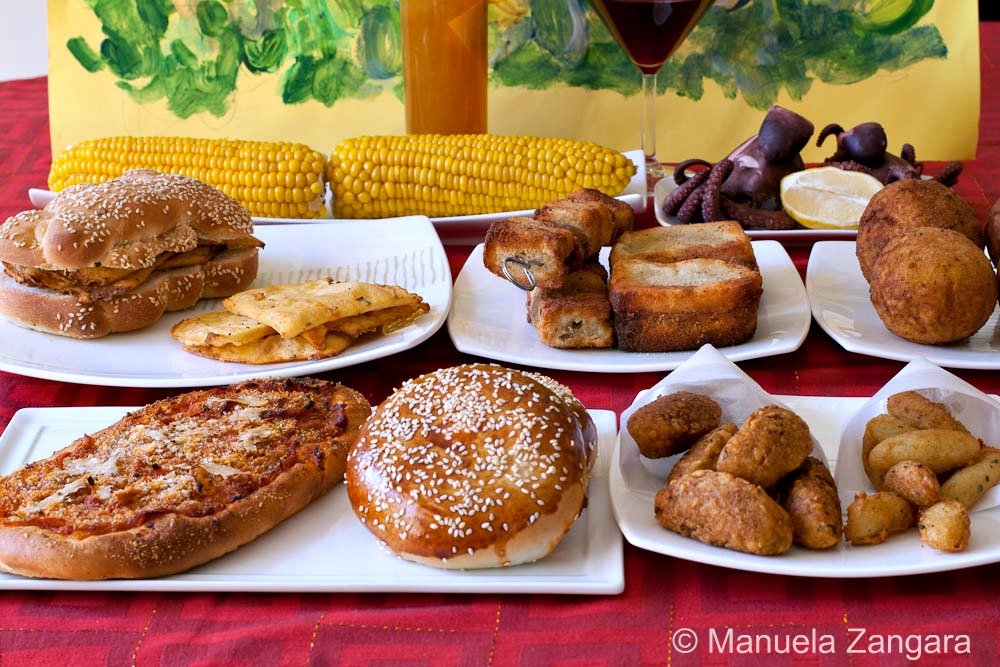 If you were wondering what a real carretto siciliano looks like… here it is. 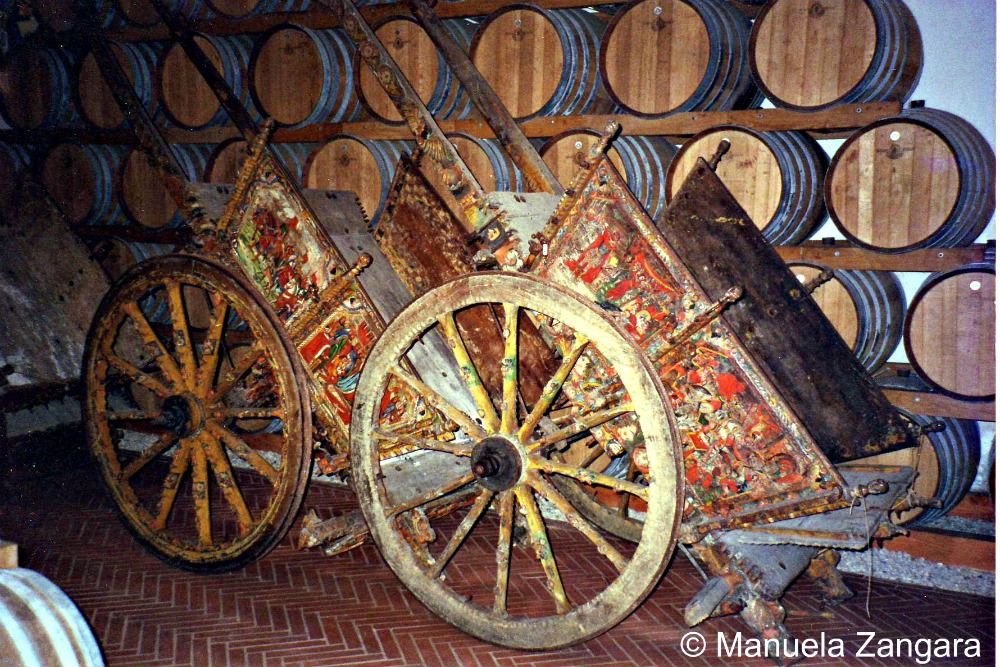 We also served cazzilli and rascature in the traditional cone made with paper, called “u coppu”… in Sicily they use a special paper to make this, but simple baking paper will do the trick. 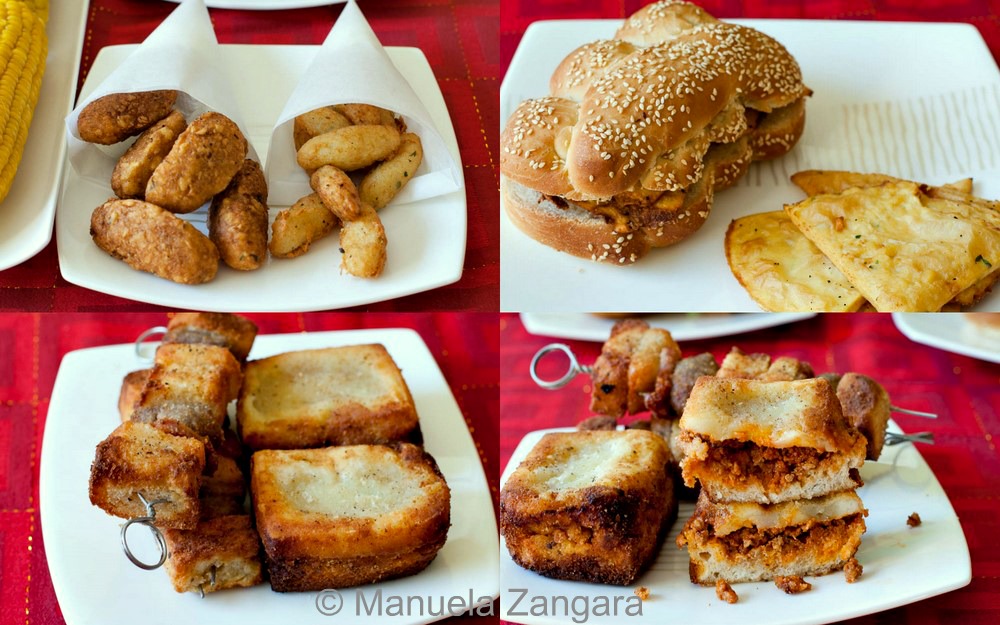 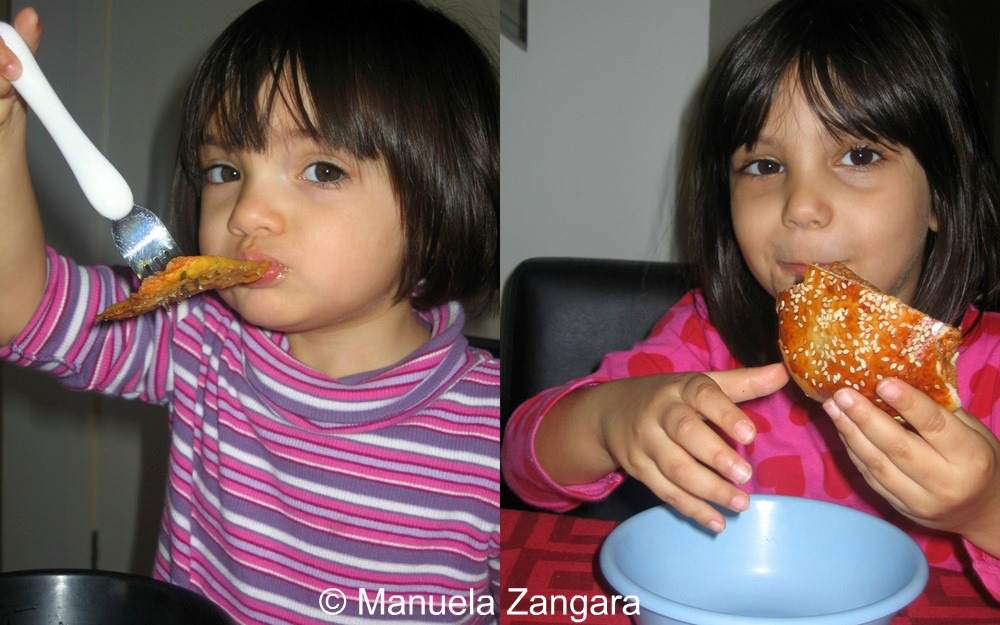 We also put some Sicilian music in the background.  My favourite folk songs are Ciuri Ciuri, Vitti ‘na Crozza and Si Maritau Rosa… There is nothing better than listening to folk groups singing, playing and dancing these old songs! 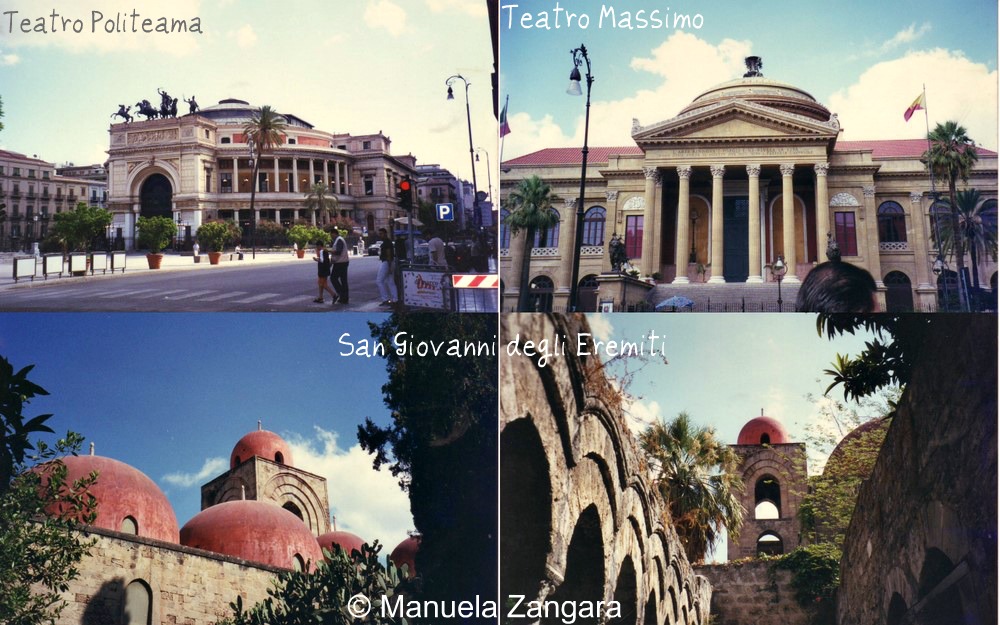 I also found some of my pictures from my holidays in this beautiful city, so I thought of sharing them with you.  I love the Arab and Norman influence you can easily see everywhere.  There is also a picture from La Zisa, where my grand mother was born. 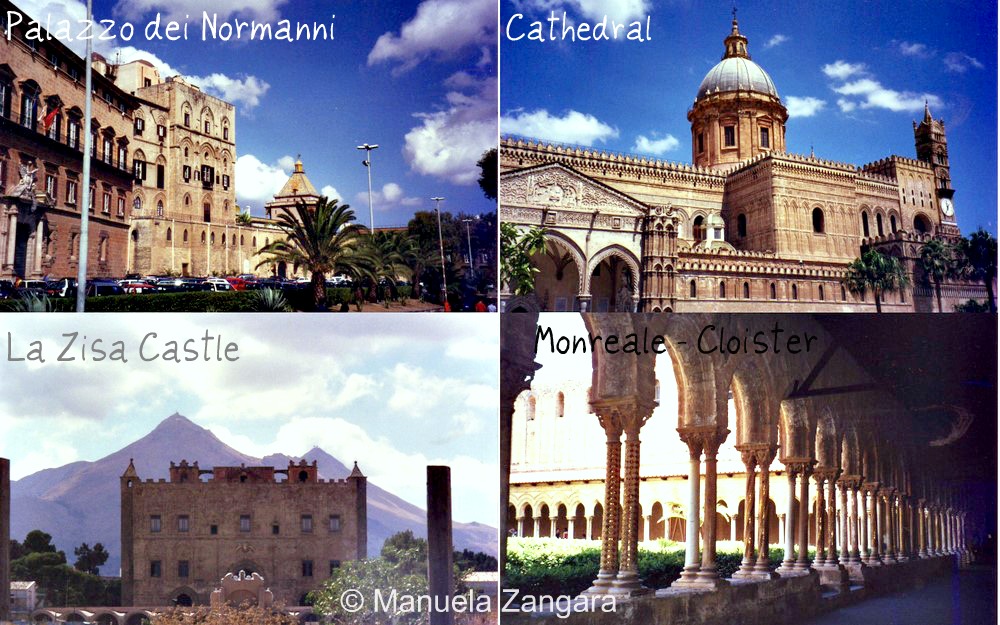 I made some of the most famous and delicious street/finger food from Sicily that cannot be bought anywhere else and I am going to show all of you how to replicate it in your own home!  You will be able to taste a piece of Sicily, without having to travel all the way there. 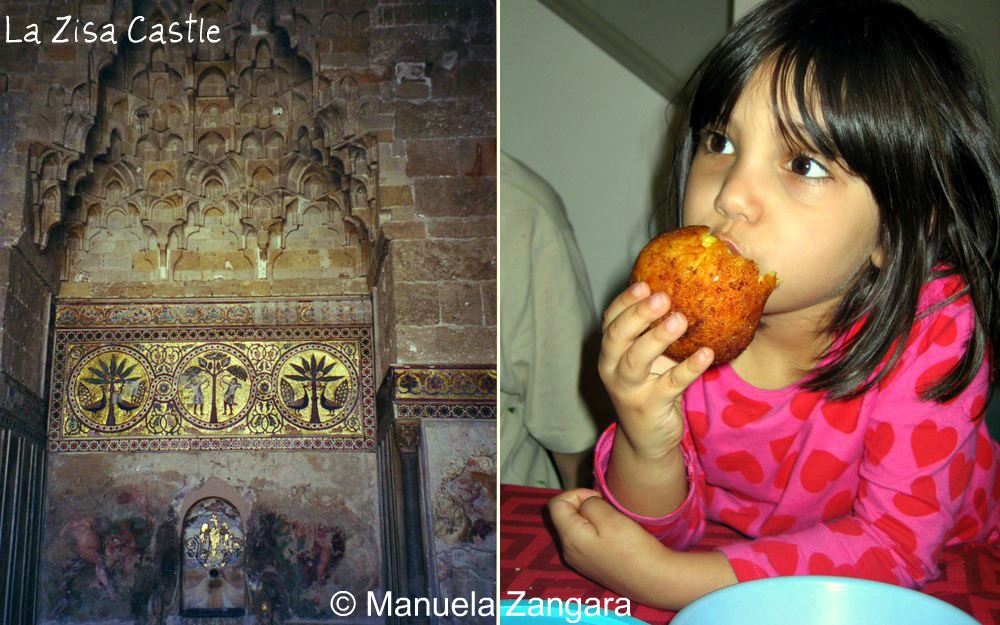 The menu I submitted to Foodbuzz’s 24X24 was divided into Drinks, Main Buffet, Sweets and After-meal sections.  Here is the detailed menu of what I prepared:

*This dish was not originally included in my proposal to Foodbuzz: it was a spur of the moment decision.  As they turned out great, I am sharing the recipe with you as well!

All the dishes are completely handmade (from the gelato to the brioche to the marzipan for the cassatine…).  I have also featured a couple of cocktail recipes (it was New Year’s Eve after all!) and my family’s iced espresso recipe! 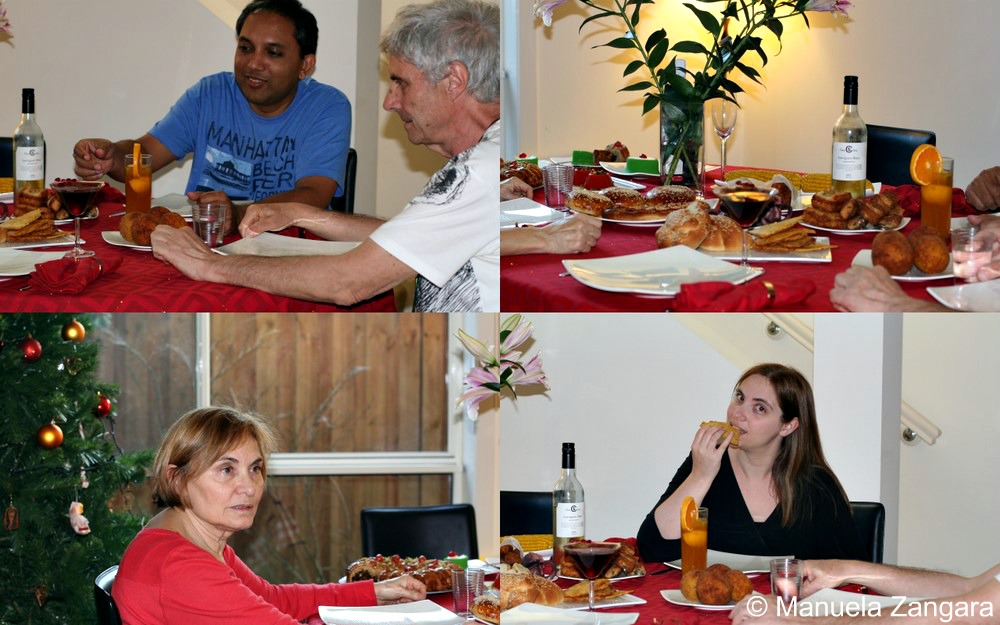 Let me say that most of the street food is traditionally fried and rich, so I tried to include a few baked options and some healthier fish and veggies too.  As I have quite a few recipes to post and I want to write about them the way I always do (with detailed instructions and step by step pictures), I will post the new recipes over the next couple of weeks (there are many!)… So please stay tuned!  As for the recipes of Arancine, Sfincionelli, Brioches/Panini al latte, you can already see them by clicking on the links.

I will not post about the Polpo bollito as it is really not a recipe, but just octopus boiled in hot salty water for about 20 minutes and served with a squeeze of lemon juice. 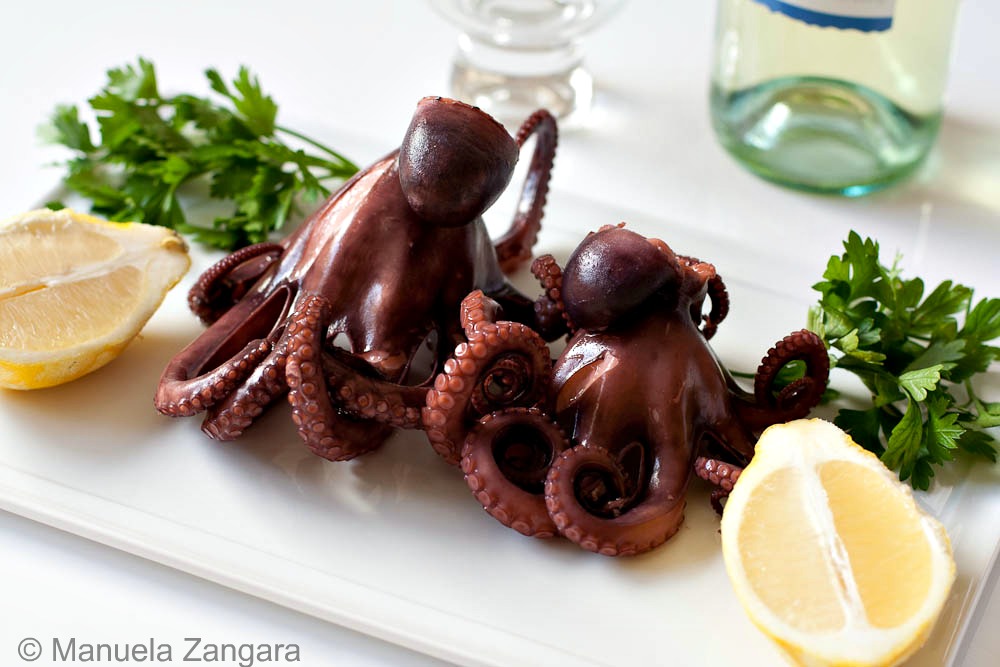 Nor will I post about Pollanchelle, as it is corn boiled on the cob in hot salty water and served warm. 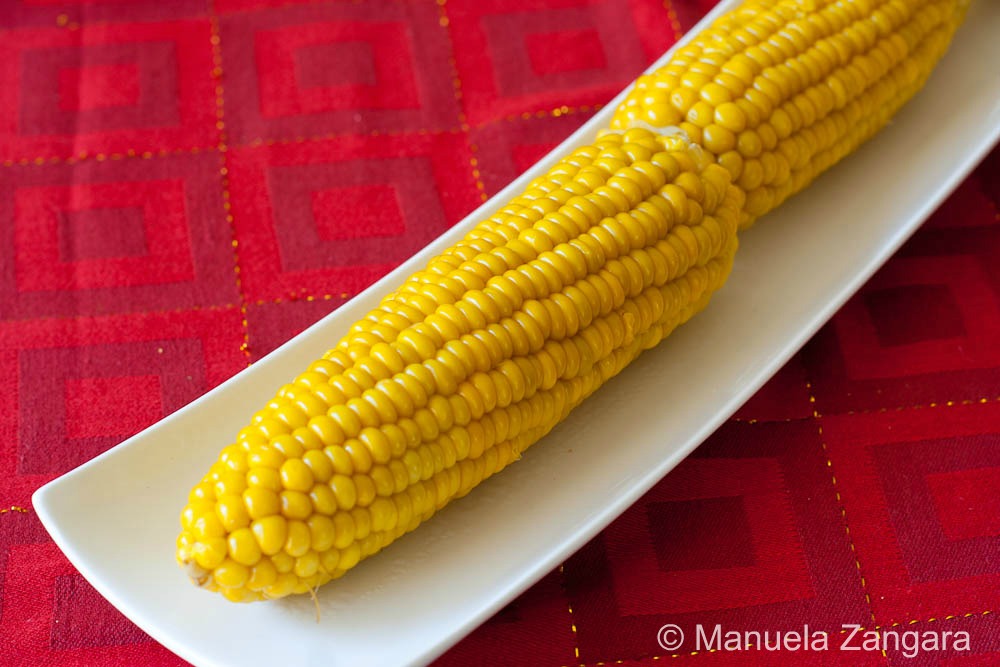 I will write a dedicated post for each of the remaining recipes and post them over the next couple of weeks.  All you have to do is come back here to check them out.  Here is a preview of the “menu” (hoover over each image with the mouse for the name of the dish and, where already available, a link to the recipe):

[nggallery id=23]
So, stay tuned and HAPPY NEW YEAR everyone… check out Sydney’s famous fireworks in this video!!! 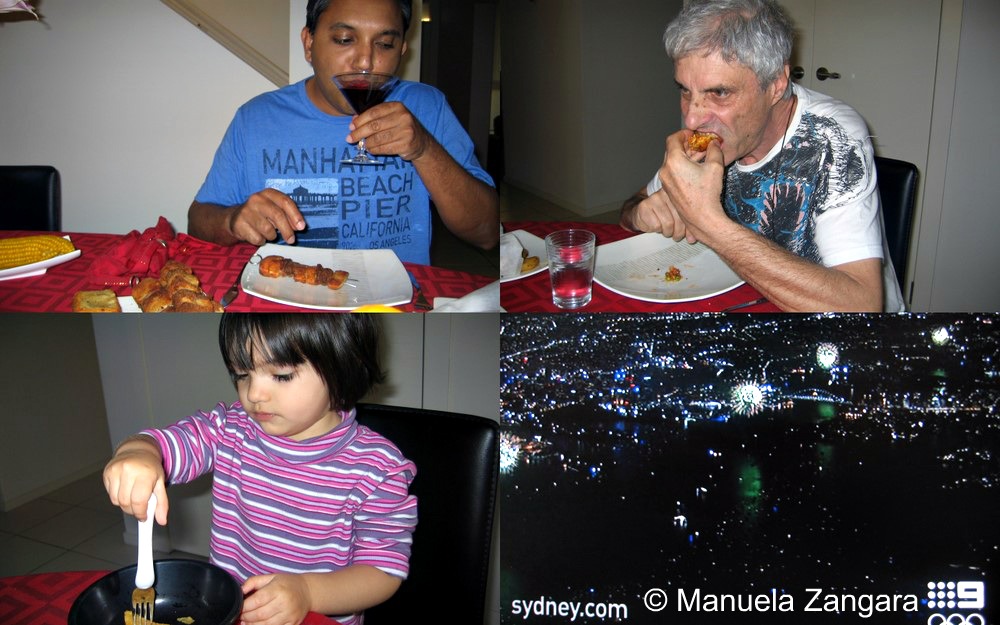 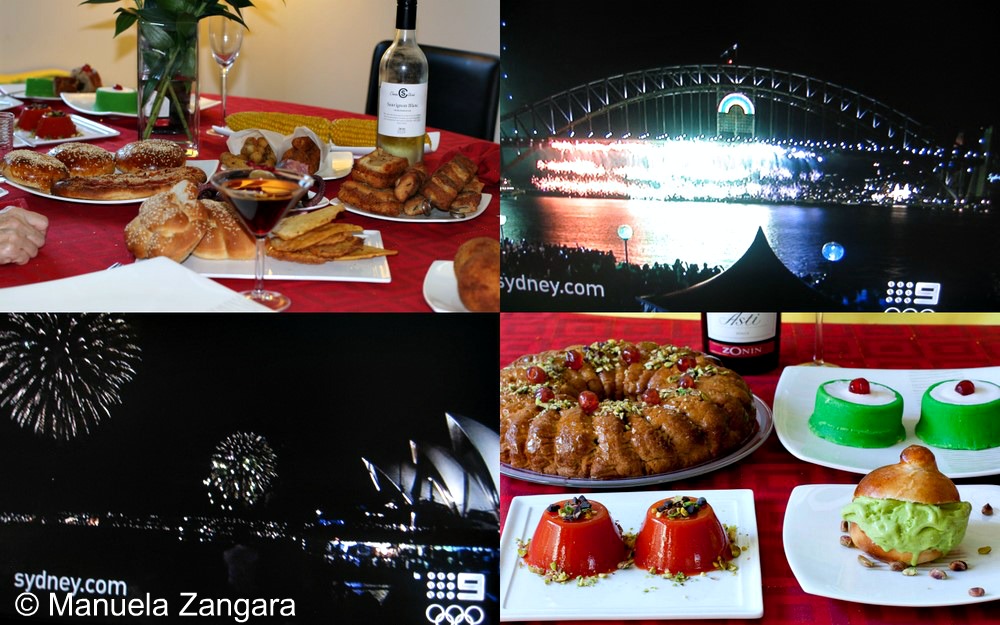 If you liked my Sicilian Street Food New Year’s Eve Party, please head over to this month’s Foodbuzz 24×24 and send some buzz my way! 🙂