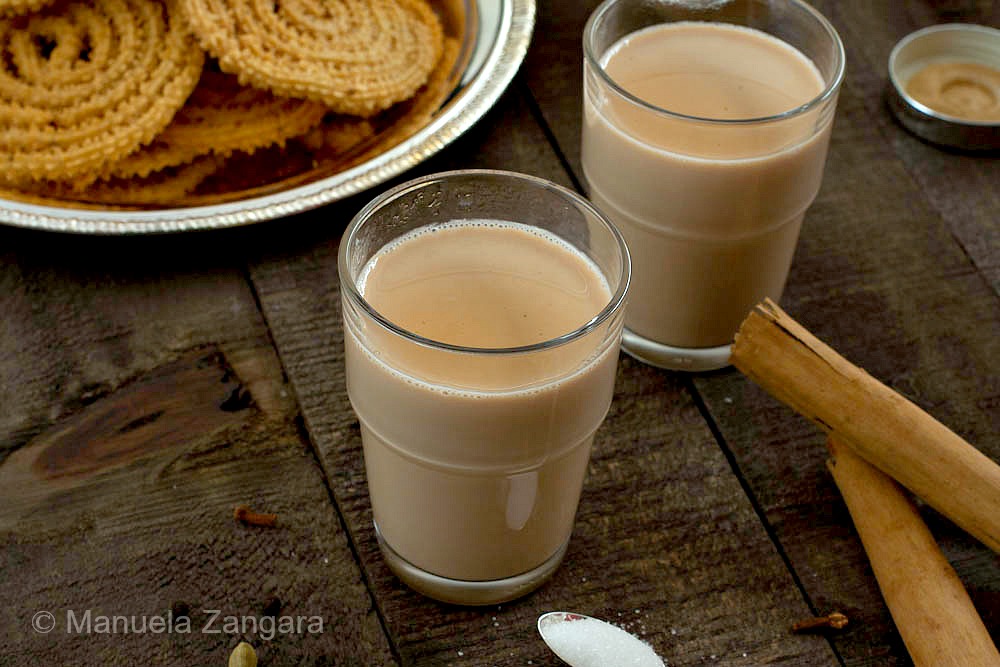 Today is the time to share the recipe for one of the most comforting beverages ever: Indian chai.  I see all kinds of chai drinks around and it’s become quite a fashionable drink… so much so that it’s often not the original Indian chai any more and it can get quite confusing.  So, what is Indian chai?  It’s tea, but it’s not JUST tea.  It is a mixture of milk and water (often in equal proportions), tea leaves, sugar and spices that is boiled, strained and served hot.  Boiling the milk with the water (instead of adding a dash of it at the end), makes a huge difference, as it makes the chai thick and creamy.  Also, it is a sweet and spicy drink… so do not skip the sugar (though you can reduce it slightly if you like)!  This is one of those recipes that each family makes slightly differently… some people boil all the ingredients together, some add the tea later, others use more or less spices (click here for my home-made chai masala mix recipe).  You get the point.  I don’t think there is even a set time for how long to boil the chai for.  To give you an idea… some of the best chai is sold by street vendors.  You can find chai stalls practically everywhere in India, even in the smallest villages.  And their pots of chai are always on the fire… they just keep topping them up!  There is something really comforting in sipping a hot cup of spiced chai and munching on some savoury Indian snacks (recipe on the blog very soon!), especially on a cold rainy day.  Give it a try and you will be hooked… you won’t buy ready made “chai” anymore – unless you are in India ;-)! 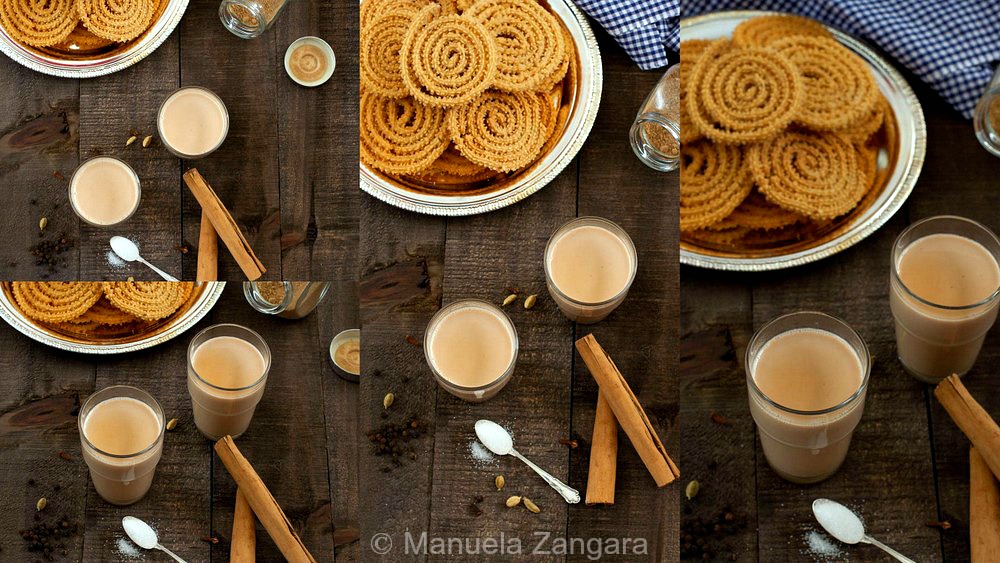 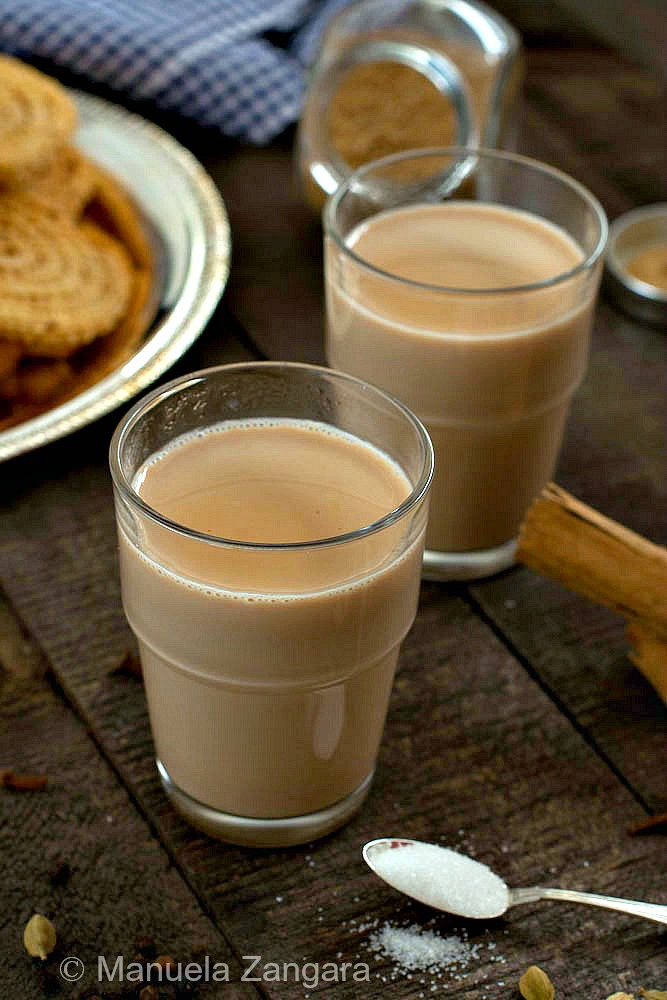