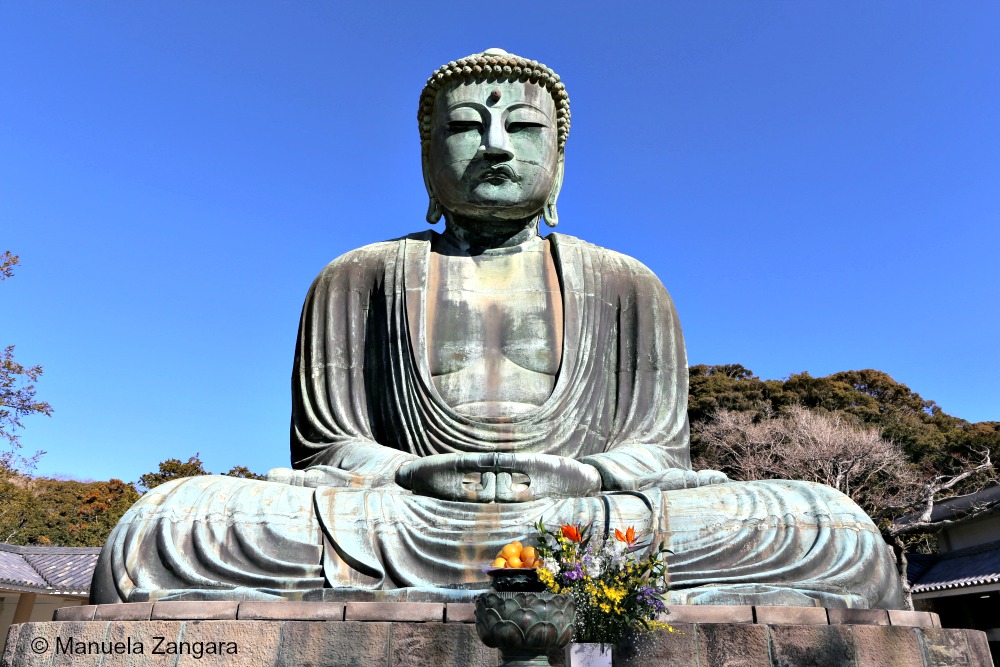 During our recent trip to Japan, we spent a few days in Tokyo.  As we had already visited this amazing city, we took this opportunity to go out on a couple of day trips to nearby places. One of these places was Kamakura.

Kamakura is a coastal town less than an hour south of Tokyo. It is a very popular tourist destination. Sometimes called the Kyoto of Eastern Japan, Kamakura offers numerous temples, shrines and other historical monuments. If you are visiting in summer, make sure to check out Kamakura’s beautiful sand beaches!

There are many interesting spots in Kamakura. We decided to visit only the Great Buddha and Hase Temple, as we wanted to go back to Tokyo to explore Harajuku. If you have the whole day, I suggest you also visit the pleasant island of Enoshima, or other temples and shrines, like Tsurugaoka Hachimangu, one Kamakura’s most important shrines. The shrine is dedicated to Hachiman, the patron god of the samurai. Another interesting spot is Zeniarai Benten Shrine, which people visit to wash their money, as it is said that money washed in the shrine’s spring, will double! Mmmmm we should have gone here!

Kamakura Daibutsu – the Great Buddha of Kamakura – is a bronze statue of Buddha, which stands on the grounds of Kotokuin Temple. It’s 13.35 meters tall and it is the second tallest bronze Buddha statue in Japan, after the statue in Nara’s Todaiji Temple (which we saw in 2015). The Daibutsu was cast in 1252, so it is quite an old statue!

I found it impressive. We were also very lucky as the weather was perfect and the sky was so blue!

Hasedera is a temple famous for its eleven-headed wooden statue of Kannon, the goddess of mercy, which is over 9 meter tall. It stands in the temple’s main building, the Kannon-do Hall. 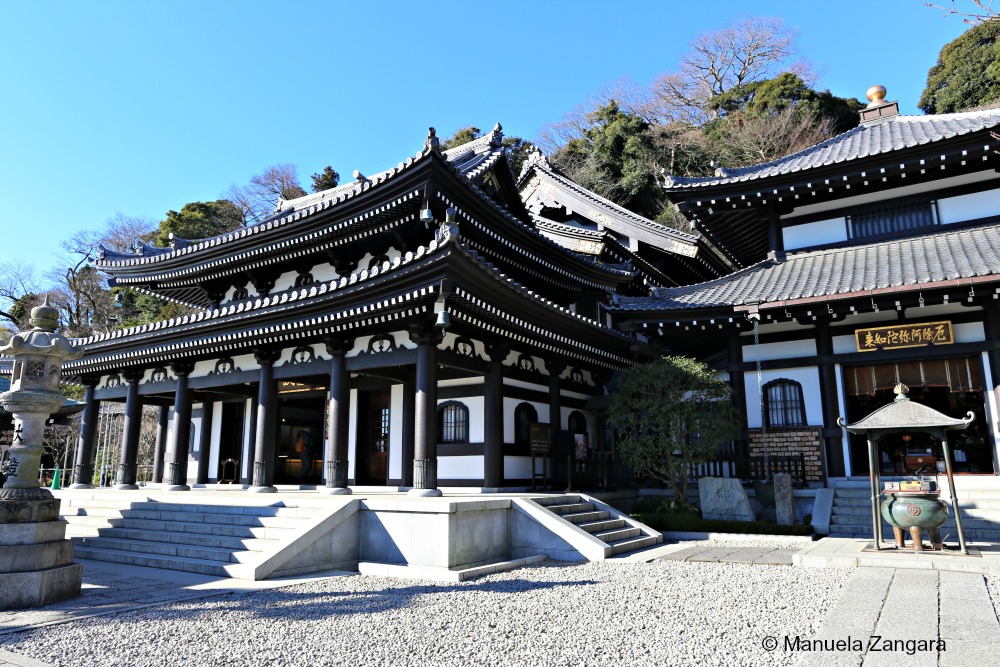 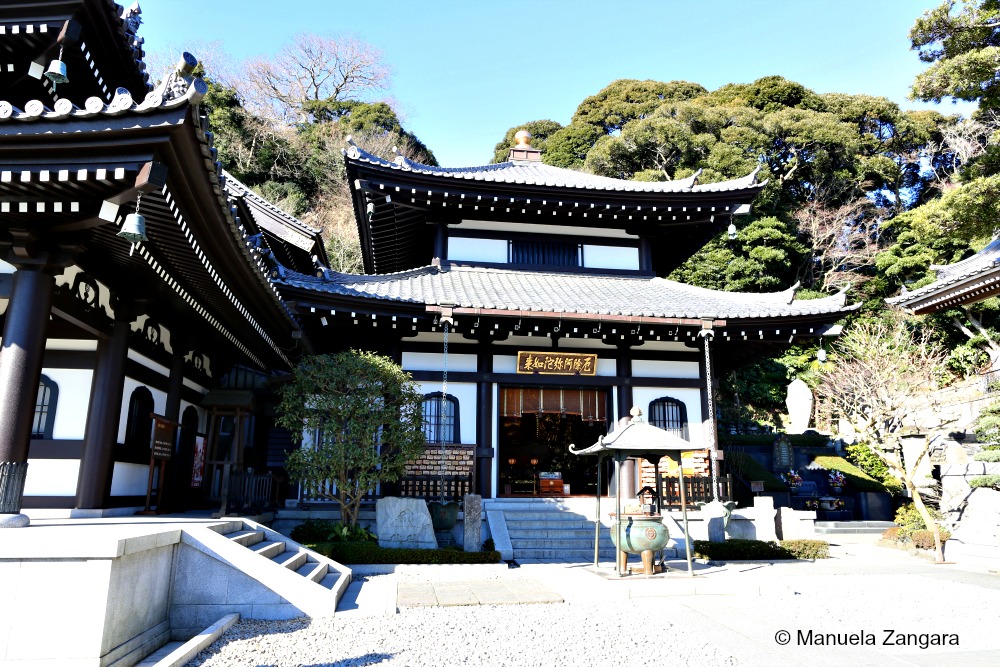 On the opposite side of the main hall stands the Amida-do Hall with an almost 3 meter tall, golden statue of Buddha. 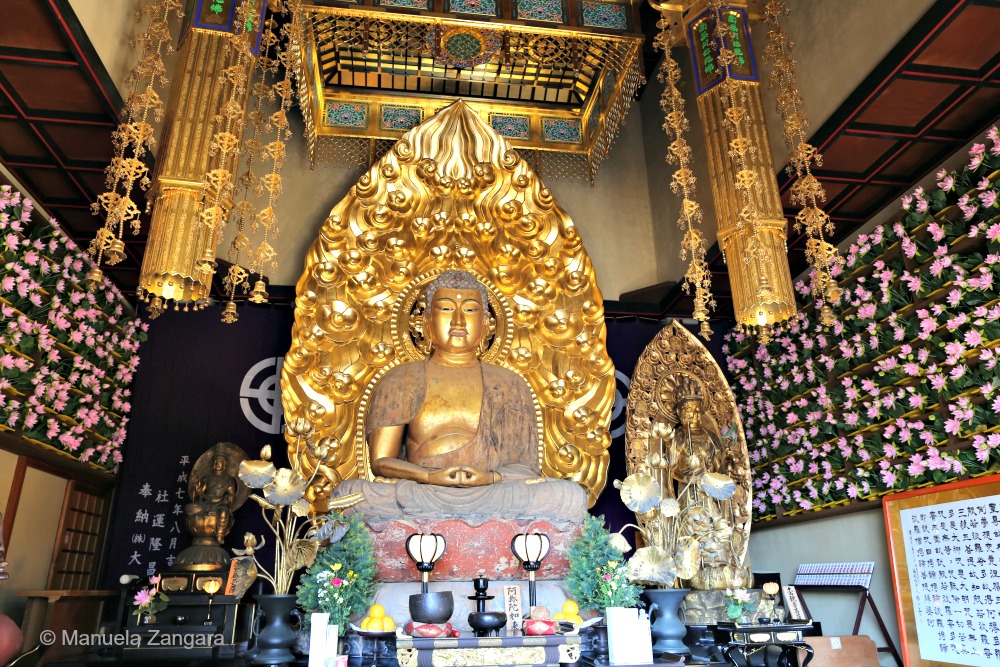 Hasedera is built along the slope of a wooded hill. The temple’s main buildings stand halfway up the slope on a terrace that has beautiful views of the coastal city of Kamakura. 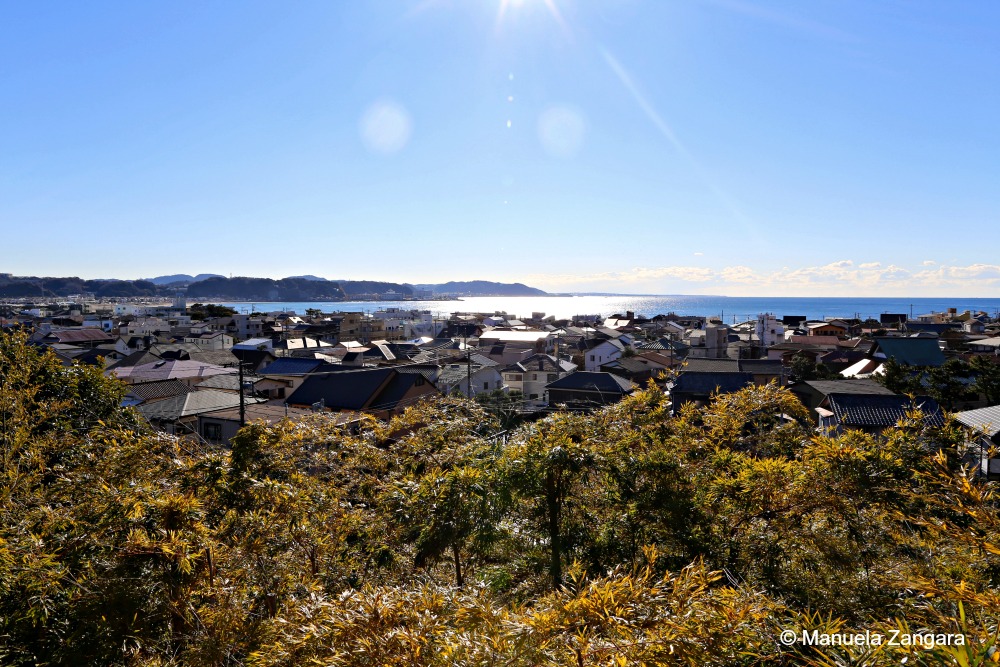 Along the stairs leading up the slope stands the Jizo-do Hall with hundreds of small statues of the Jizo Bodhisattva who helps the souls of deceased children to reach paradise. 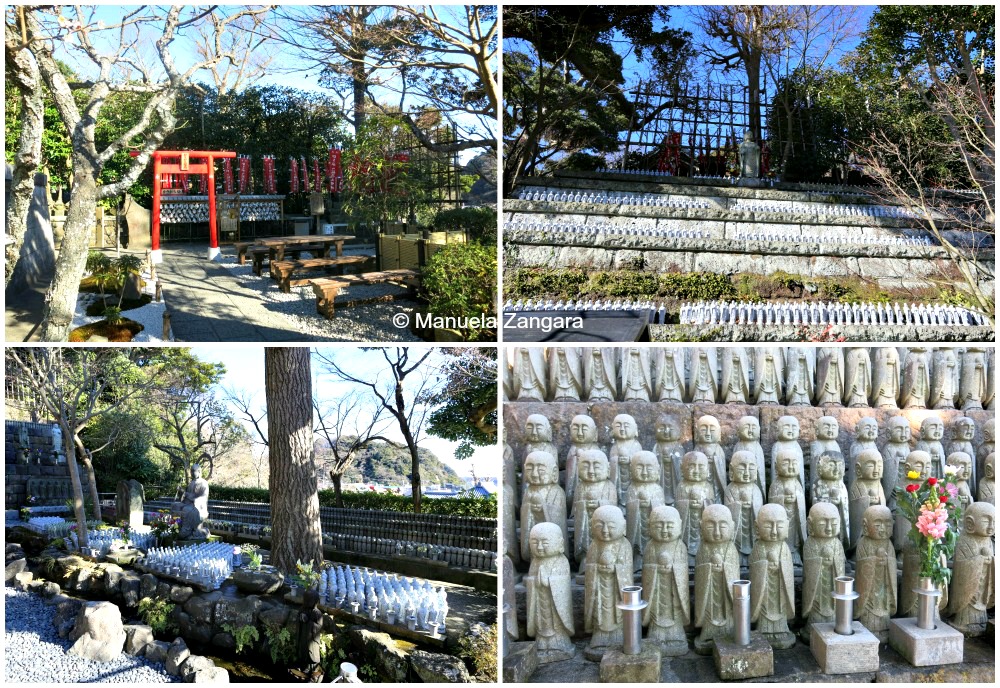 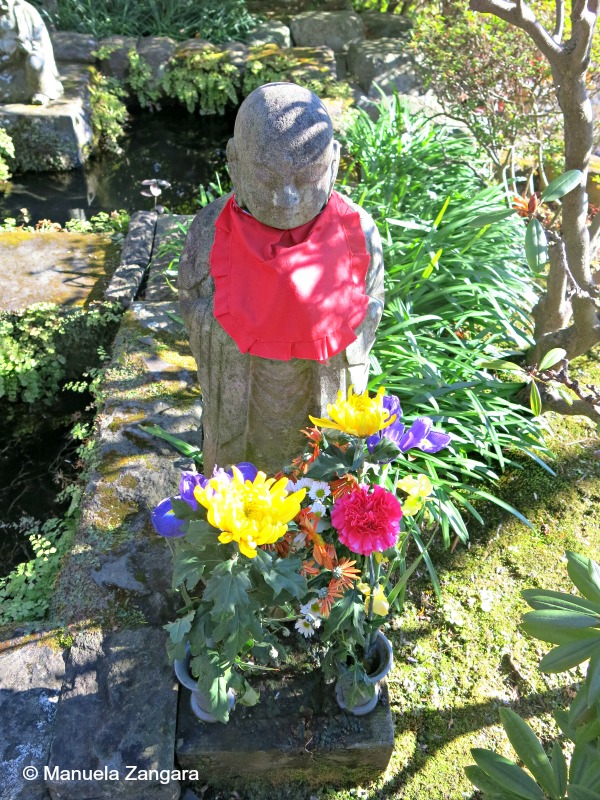 The temple entrance is located at the base of the slope. 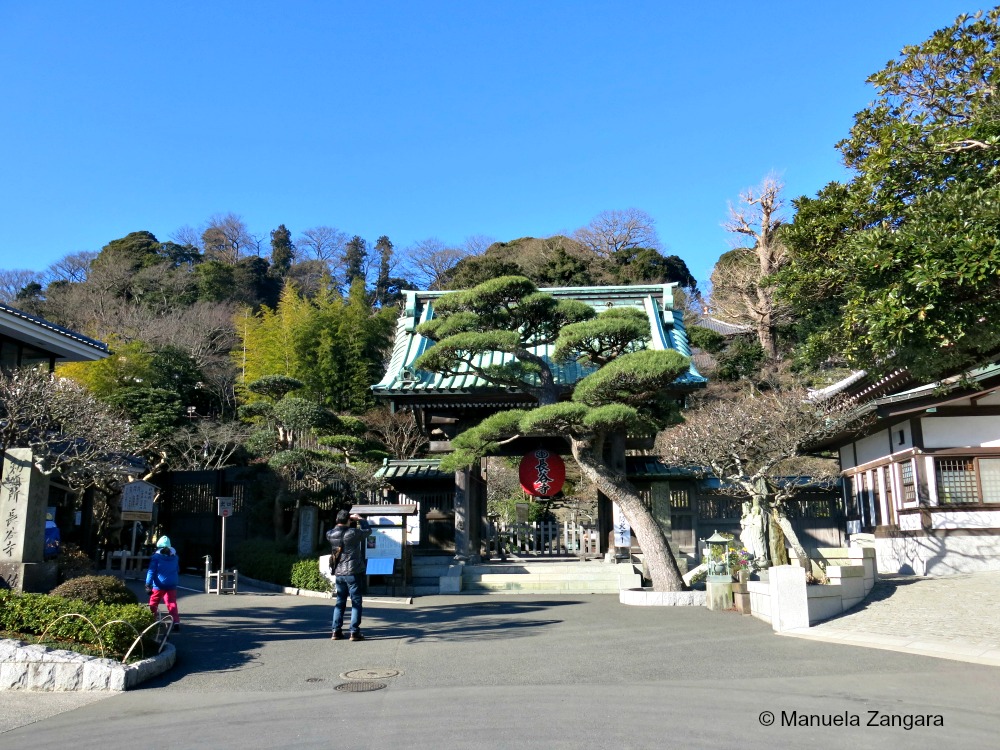 A pretty garden with ponds welcomes visitors as they enter the grounds. 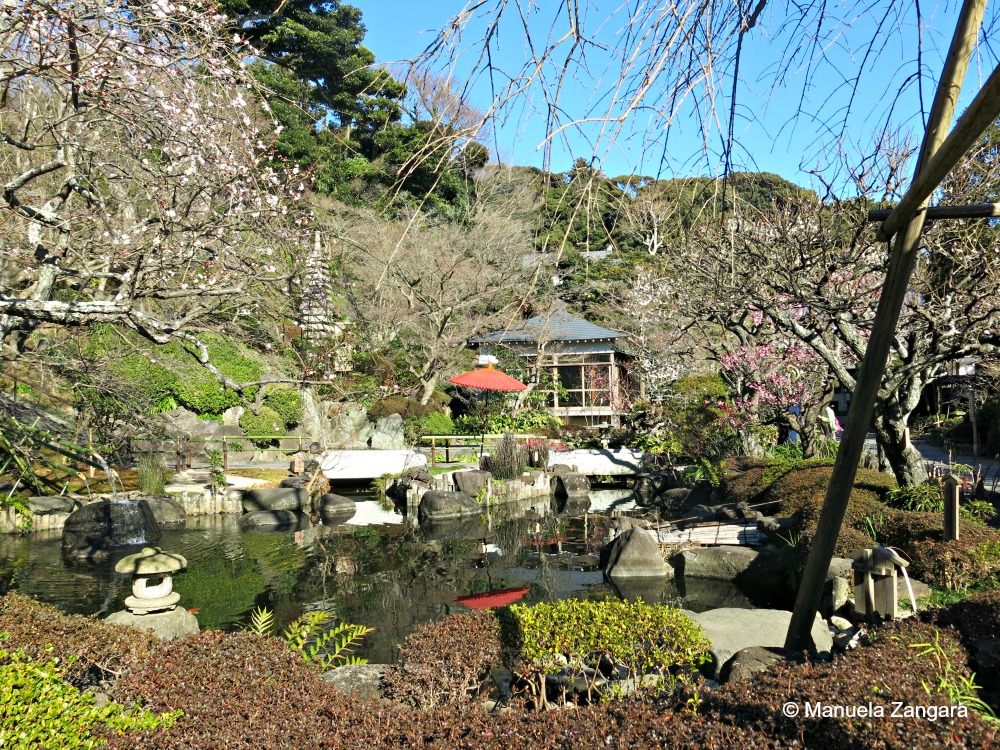 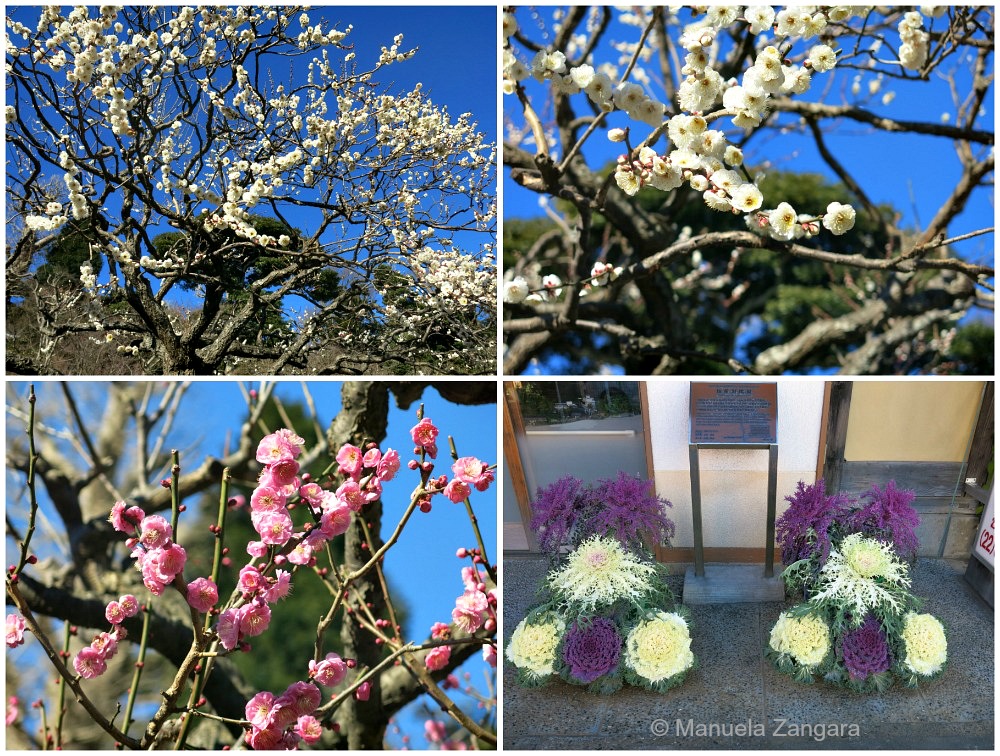 A small temple hall in the garden is dedicated to Benten (also known as Benzaiten), a goddess of feminine beauty and wealth. There are some sculptures of Benten and other gods in a small cave (Benten-kutsu) next to the hall.

HOW TO GET TO DAIBUTSU AND HASEDERA

Daibutsu and Hasedera are both is located a 5-10 minute walk from Hase Station, the third station from Kamakura along the Enoden railway line. The Enoden is a streetcar-like train that connects Kamakura with Enoshima and Fujisawa. Its terminal station in Kamakura is located just next of JR Kamakura Station, so they are very easy to get to.

On the way to both attractions, you will walk along a road lined with many eateries and restaurants. Just before Hase Station (on your left if returning to the station), there is a pastry shop that specialises in Dorayaki. We had to try one… and we got one made with almonds and chocolate. It was delicious! Highly recommended! 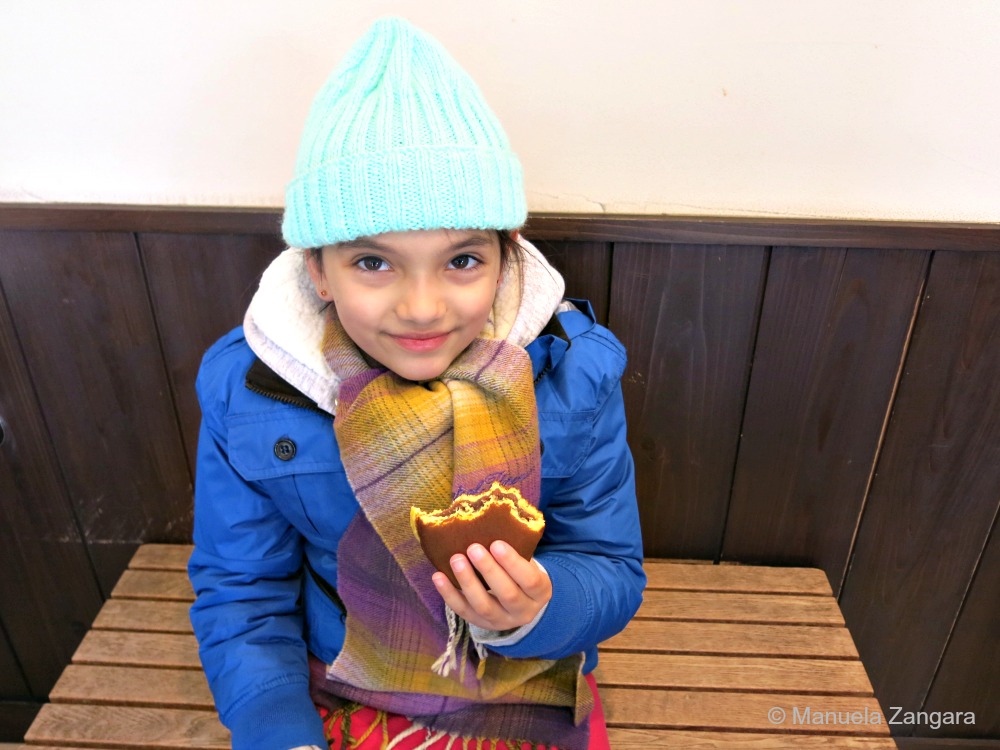 Tokyo Off the Beaten Path 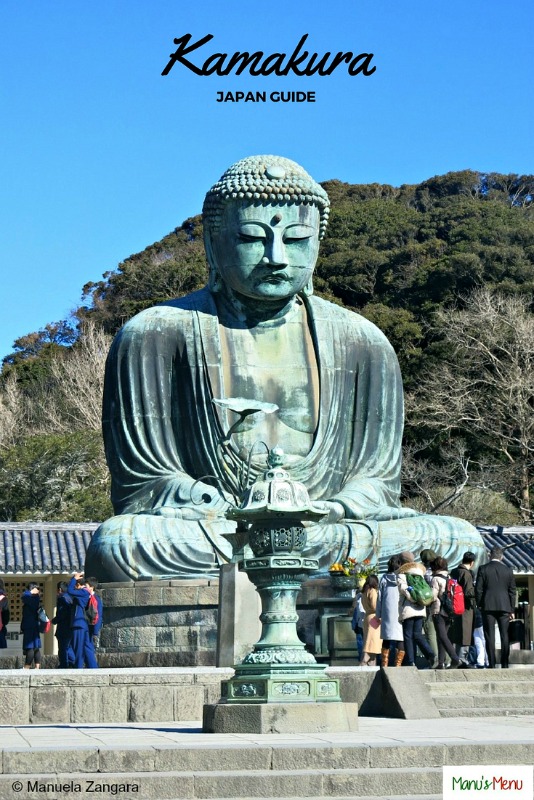 HOW TO GET TO KAMAKURA FROM TOKYO

There are 3 ways you can get to Kamakura from Tokyo:

The JR Yokosuka Line connects Tokyo Station directly with Kamakura Station. The one way trip takes just under an hour. Along the way, the trains also stop at Shinagawa Station, Yokohama Station and Kita-Kamakura Station.

The cheapest way of visiting Kamakura is by Odakyu’s Enoshima Kamakura Free Pass, which includes the round trip from Shinjuku to Kamakura and unlimited usage of the Enoden train. Note however, that when using this pass, the journey to Kamakura takes at least 90 minutes, instead of about an hour by JR.