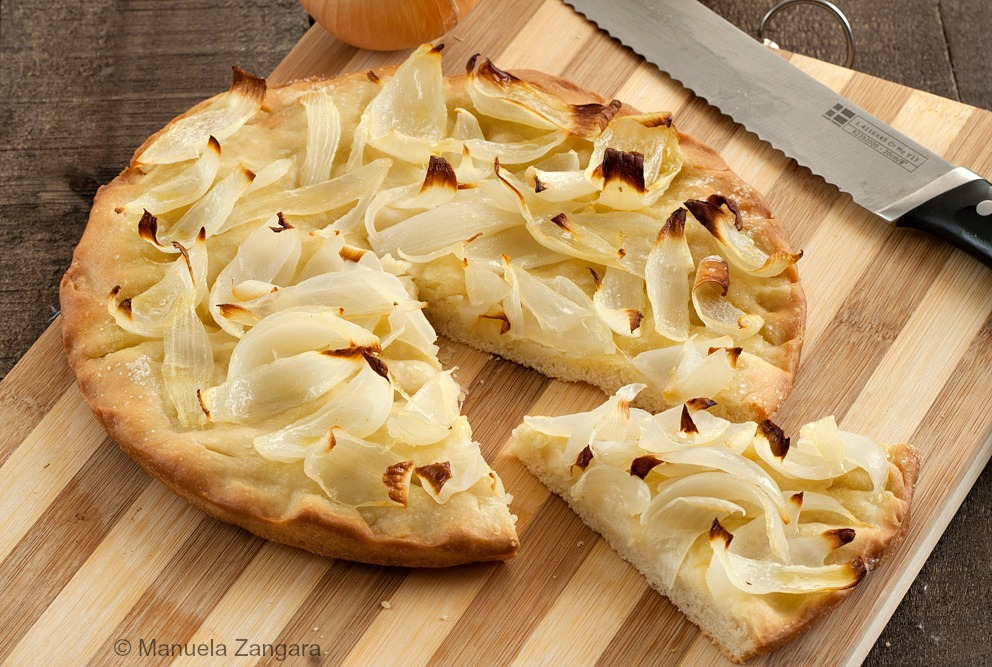 Today’s recipe is from the regions of Tuscany and Umbria, in central Italy. Schiacciata is very similar to focaccia, but it is much easier to make than the traditional Focaccia from Genoa.  The term schiacciata literally means “pressed” and it refers to the fact that you need to press the dough down with your fingers when you put it in the tins. I made this onion version for a recent barbecue and it was a huge success, so I will be making it again as part of this year New Year’s Eve spread. It tastes so good and I love the fact that it doesn’t require a lot of proofing time. The dough is really forgiving and it is the perfect treat to make when you have so many other dishes to worry about. Give it a go, I am sure you will love it too! 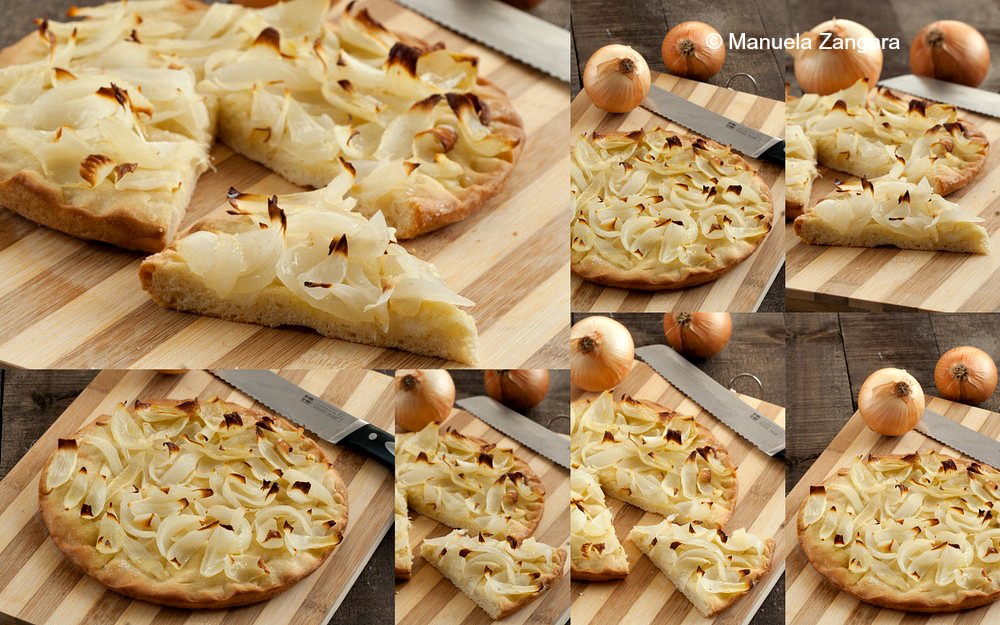 Learn how to make Onion Schiacciata - very similar to focaccia, but much faster to make. 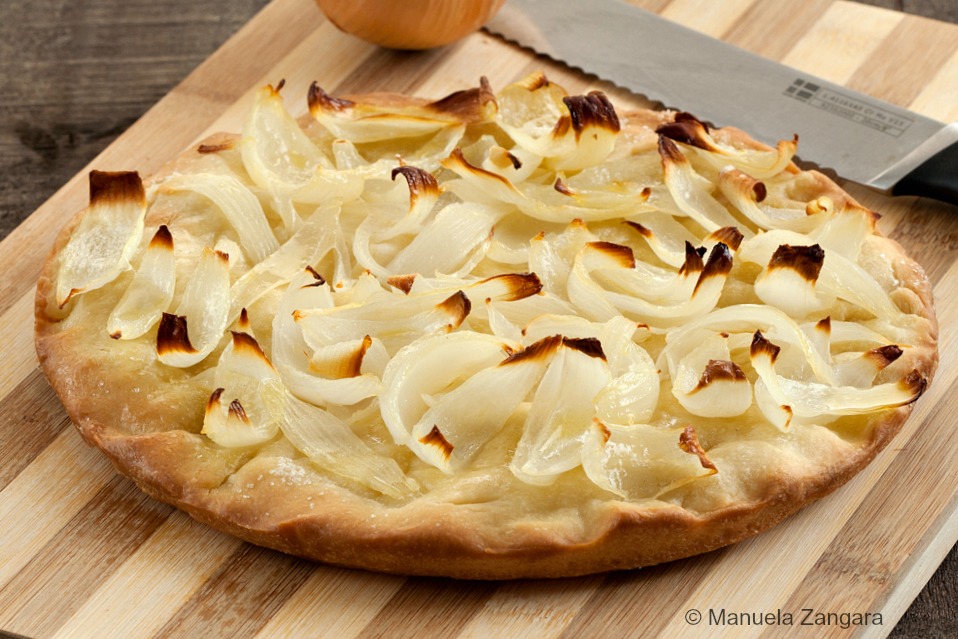 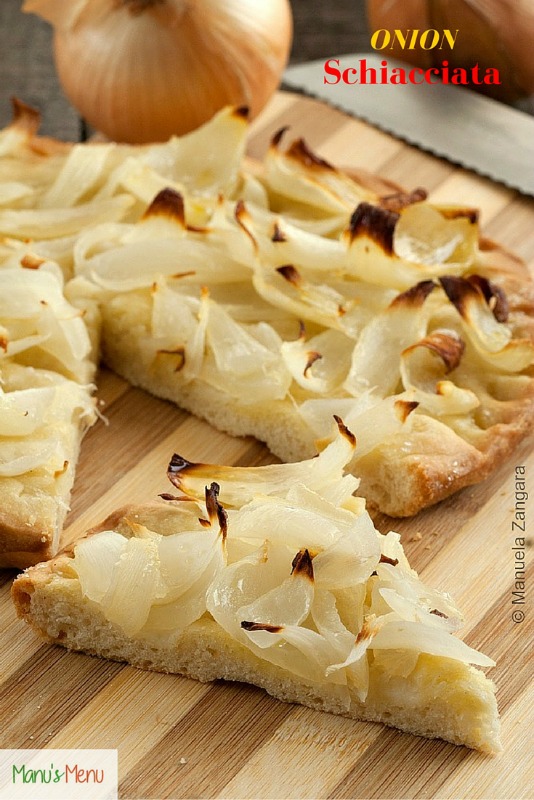