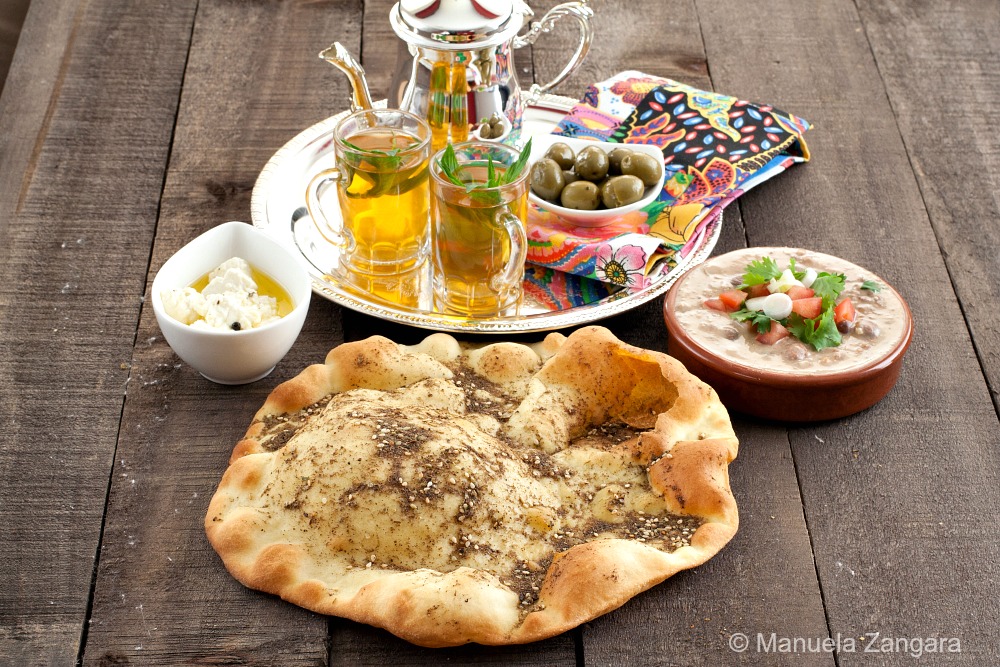 For the February Daring Cooks challenge, Manal from Manal’s Bites invited us to celebrate the most important meal of the day Middle Eastern style!
As Manal says “Breakfast is a very important meal in the Middle East; it is major! […] Fridays, the first day of the weekend here in this part of the world is the “Day” where breakfast is celebrated the most. Family members get together around the variety of dishes that are usually scattered around the table for everyone to nibble on; dipping pieces of hot toasted pita bread, sipping hot sage or mint tea while enjoying warm and precious family conversations. On Friday’s, breakfast starts late like 9:30 or 10:00AM (sometimes later for some people); this might be considered a brunch in the West. However during the week, breakfast can be as early as 6:30AM before everyone is off to school or work…”
I have a real passion for Arabic food.  It’s probably my Sicilian heritage with all its Middle Eastern influences that gets my tastebuds all excited when I eat Middle Eastern food.  It just makes me feel at home.  So, this month’s challenge was a real pleasure for me.  On the blog, I already have a few recipes that would make it onto a Middle Eastern table for breakfast, like Hummus, Labneh, Ayran and Pita bread.  So, I had to come up with something new for this challenge and I chose 3 new recipes: Ful Medames, Za’atar Manouche and Moroccan Mint Tea, which make a great addition to the breakfast table.
Thanks Manal for such an exciting challenge!  For all the other Msm’s Middle Eastern recipe click here. 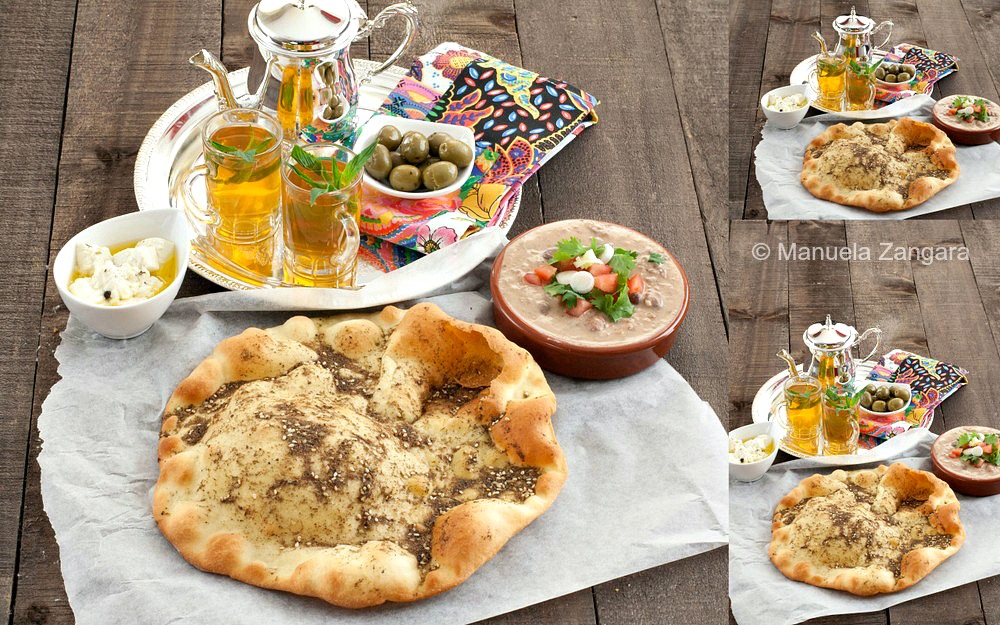 I will post all the recipes separately, so click on the picture to go to the respective recipe. 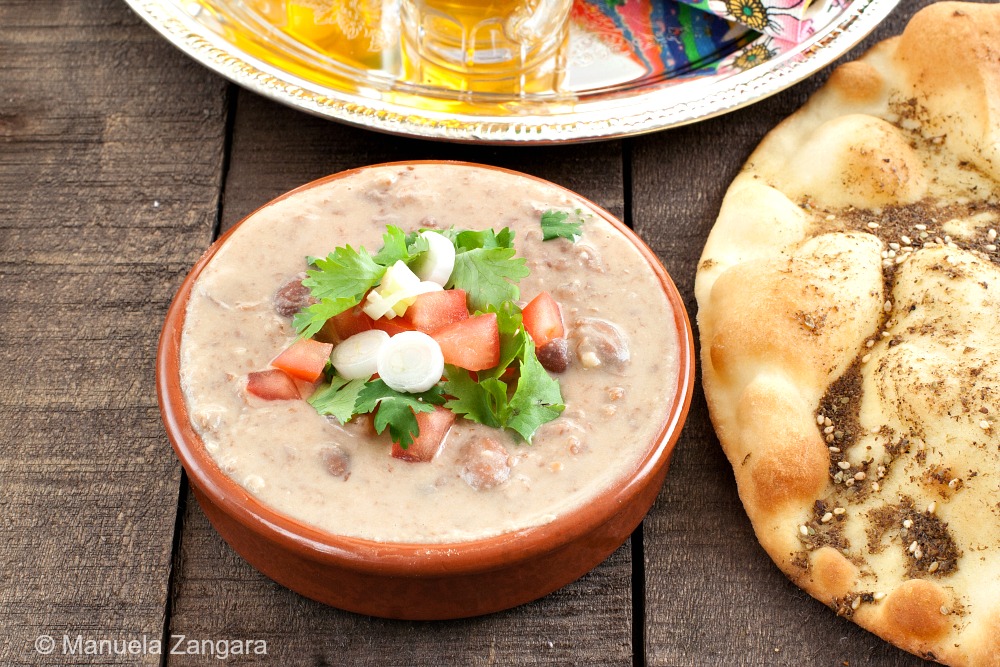 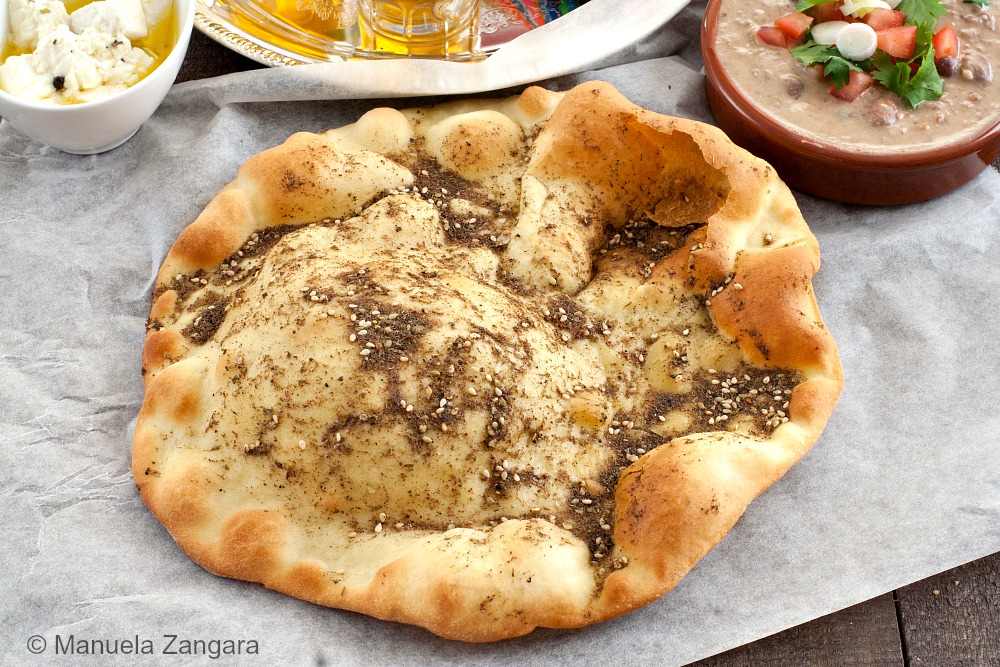 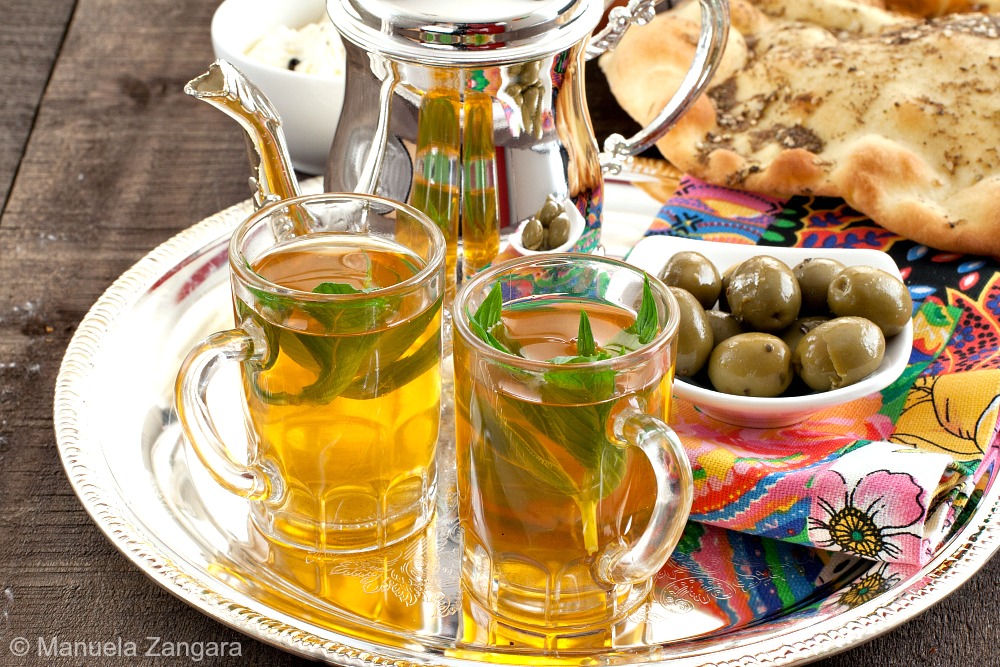 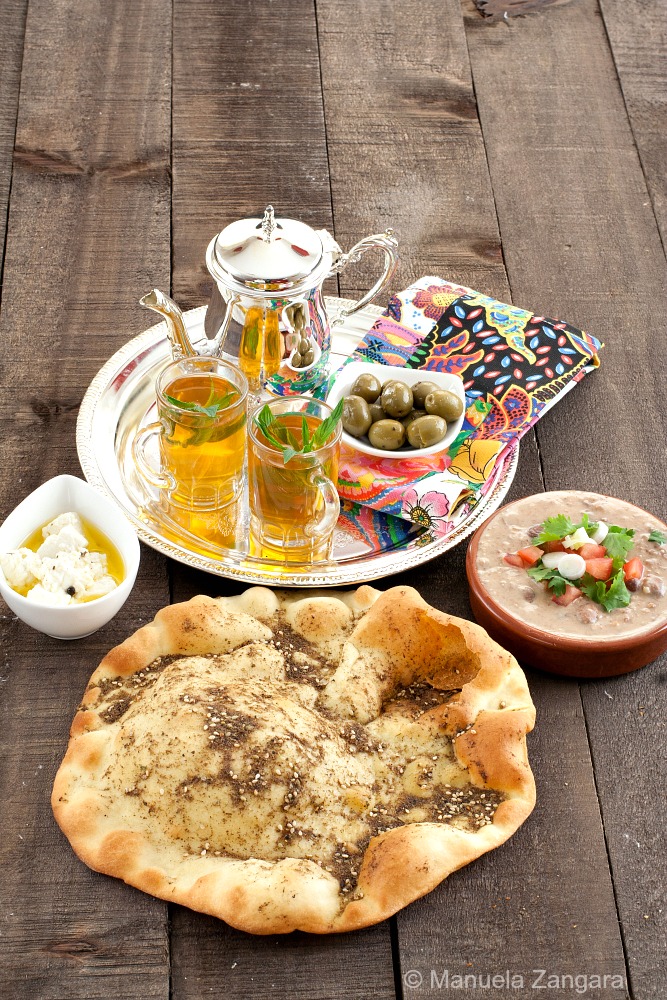